Prominent Fox News channel daily anchor Ed Henry was summarily fired yesterday as the #MeToo movement has apparently claimed its latest mark. The announcement came in an internal email to Fox News staff early Wednesday morning, followed by an email to journalists including this author that featured a screen shot of the internal email announcing Henry's "termination." The cause for Henry's dismissal was alleged confirmation after a brief "independent investigation" of "a complaint about Ed Henry from a former employee's attorney involving willful sexual misconduct in the workplace years ago."

No further details of Henry's alleged "sexual misconduct" have been provided, nor has any new information been published by the media. Henry's first response was in a terse tweet at 7:51 PM Wednesday that quoted his attorney, Catherine Foti: "Ed Henry denies the allegations referenced in the Fox announcement and is confident that he will be vindicated after a full hearing in an appropriate forum." According to the Associated Press, "The alleged victim [who made the allegations] is represented by noted sexual harassment attorney Douglas Wigdor. He also would not provide any details of the case."

Henry, 48, has worked for Fox News since 2011. Previously, he reported for CNN for seven years and prior to that he wrote for The Hill. At Fox News, Henry started as the White House correspondent and later served as a frequent studio anchor. Last December 19, it was announced that he would be promoted to co-hosting his own daily show, America's Newsroom, with Sandra Smith M-F 9 AM-12 noon ET, starting on January 20, 2020. 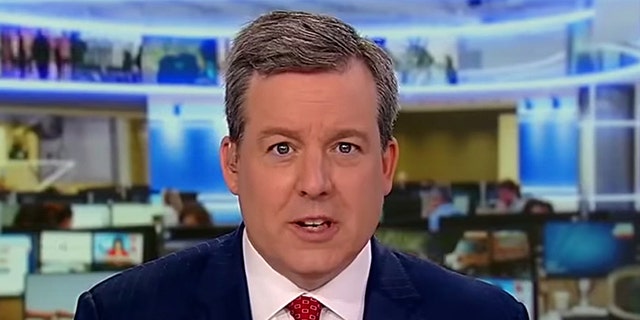 Still don't know what the "sexual misconduct" was supposed to be. Rape? Pinch on the butt? Your hair looks nice today? Calling Shepard Smith a f--? Who knows at this point. I can see any of those being enough if someone wants to get rid of you.

I liked Henry. Don’t like most of the others.

Witch hunt, they only wish they could get hannity and tucker but they are trying. Could this be a shot over the bowe

Did Hannity move his studio from New York?

Does Henry know what he was charged with?

Democrats have taken over corporate America.

“He was sidelined in spring 2016, however, following a tabloid magazine’s report about an extramarital affair. Salacious stories led the network’s CEO at the time, Roger Ailes, to publicly rebuke him, saying “this raises serious questions about Ed’s lack of judgment, especially given his position as a journalist.”

We a bunch of puritans now?

Fun fact: Not long after, in fact while Ed Henry was on hiatus, Roger Ailes himself resigned due to allegations he had sexually harassed female FNC employees, charges he vigorously denied until his death in May 2017.

Which girl complained...Gretchen, the troublemaker?

Meanwhile Biden is free to run for President.

‘Witch hunt, they only wish they could get hannity and tucker but they are trying.’

a matter of time; I think FoxNews wants only females on their airwaves...

but at least he can sniff and not infect, with the mask and all, so, it’s all good...

Just goes to show you that nobody at Fox News ever gave a sh!t about any of that nonsense ... until the stories got out into the public domain.

Probably all “me too” Bullshit from someone looking for a big payday. There should be extreme penalties for false accusations.

It would be nice if he was the first FOX Newser to move on to OANN! Were it too happen - there would be more to follow.

OANN would be foolish to hire him. He’s radioactive.