KAILUA, Hawaii (KHON2) — More than a thousand American flags are back on display in Kailua after being removed earlier this week.

Fields of red, white, and blue were seen down Kailua Road. That’s what Kailua Chamber of Commerce President Michael Fry envisioned when he and other community members created the “It’s a 1000 Flag Celebration” project in Kailua in lieu of the parade and fireworks show that was canceled.

“We were racking our brains thinking what can we do to lift everybody’s spirits and bring the community together and show our patriotism? And if we can bring people to Kailua to see the flags and everything maybe it would help the businesses as well,” Fry said. “We thought it would be a great idea and I couldn’t see anything that, any reason why we wouldn’t do that.”

Chamber of Commerce member Don Holden said the project was created with the best intentions.

“We’re trying to help promote Kailua and the businesses and help celebrate our nation’s birthday and we’re going to do that in a very nice quiet way,” Holden said.

Money and flags were donated by Kailua residents and business owners. They were first put up Monday, but not everyone was happy to see them.

Earlier this week, video was captured of an unidentified man removing the flags.

“The first night–it was Monday night–it was probably just vandalism. Kids is what they said. And then the next night–Tuesday, I think–somebody had a more concerted effort to remove the flags,” Fry explained.

UH Assistant Professor of Indigenous and Native Hawaiian Politics Jamaica Osorio Ph.D., said that the flag is a symbol of oppression.

“I do stand by the fact that there is no just place for the American flag,” she said. “Celebrating these kinds of symbols is tantamount to celebrating the mass murder and cultural genocide of millions of native people and the ongoing theft of land.”

To many Native Hawaiians, Osorio said that the American Independence Day is a day of mourning.

“The 4th of July also marks the day in 1894 when the (white men) who conspired with the U.S. to remove the queen and declare themselves the government in Hawaii.”

Osorio said the flag display is even more insensitive given the renewed uprising for black liberation.

“For the Kailua Chamber of Commerce to think it’s appropriate to have this blatant, and really offensive display of American liberty and freedom, which has so clearly has not been offered to so many people who have been oppressed by America and by that symbol, really demonstrates how much they aren’t paying attention to what the community really needs,” Osorio explained.

“I want to be sensitive to the way that people feel, and the history, and the hurt that goes along with how they’ve been treated in the past,” Fry said. “But this was supposed to be about America and about doing something good that brought us together. What hurt me most is that people didn’t see that.”

Fry and at least a dozen others spent Friday morning putting the flags back on display.

“We hope that people respect the flag, respect our right to appreciate our country,” he said.

Police will be patrolling the area to make sure flags are not taken down again.

Yup, the enemies are Marxists, and they’re also in control of major US corporations.

2 posted on 07/04/2020 12:58:39 PM PDT by Gene Eric ( Don't be a statist!)
[ Post Reply | Private Reply | To 1 | View Replies]
To: kaehurowing
“Celebrating these kinds of symbols is tantamount to celebrating the mass murder and cultural genocide of millions of native people and the ongoing theft of land.”

Yes Barry ‘Fraud’ Hussein... a president of the people.

Simple solution. Let them pick a new country. Or just set them loose. Let’s see how soon the beg for US protection, we’ll at least money.

>>“Celebrating these kinds of symbols is tantamount to celebrating the mass murder and cultural genocide of millions of native people and the ongoing theft of land.”<<

But you cash your check full of EVIL American dollars regularly and HI *lives* on American tourism. Much of the HI populace relies on that tourism and without it would live on pineapples and coconuts. 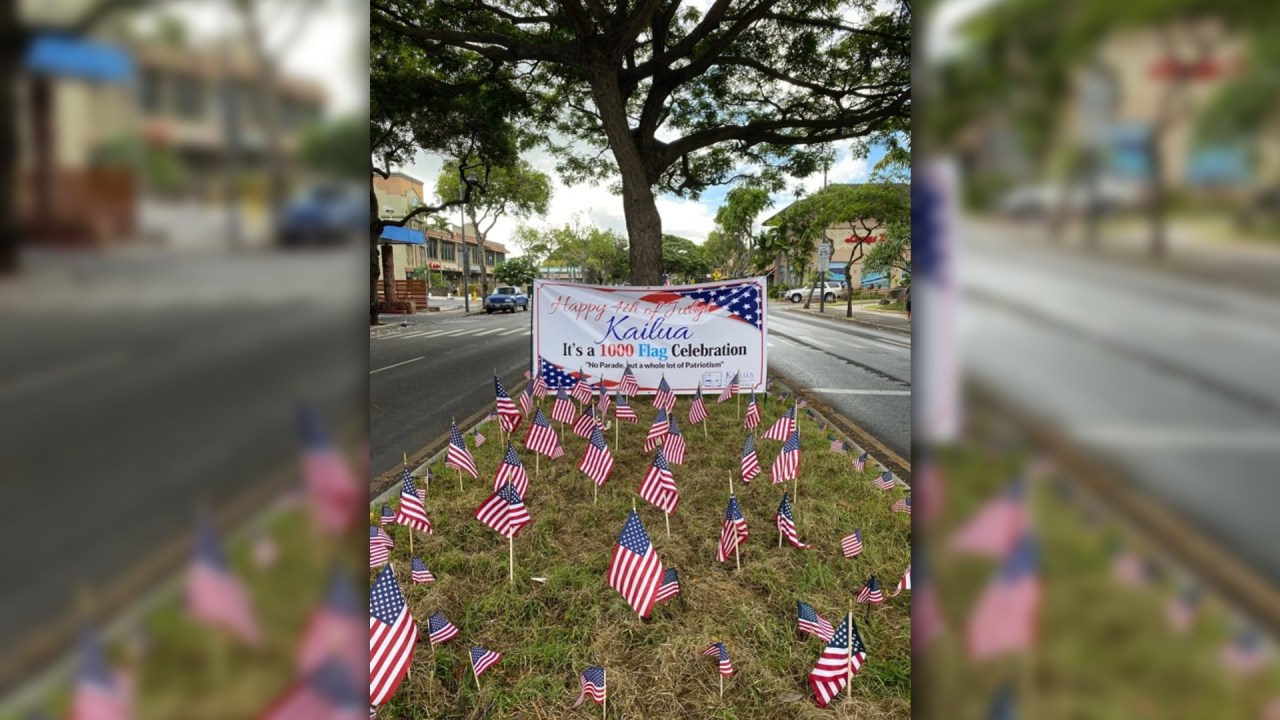 My wife and I spend a couple of weeks there every year. Wonderful town and beach. We walk from one end of the beach to the end of Laniki beach every morning. Incredible sunrises, every one different. Great little town far from the resorts.

I wouldn’t spend a penny anywhere Americans and the American flag are hated.

Dear Ms. Osorio, you are welcome to renounce your citizenship & leave this benighted country any time you wish. Sooner would be better. Sincerely!

Is this big Island Kailua.

Or Oahu. Big difference. I was stationed at MCAS Kaneohe for several years. There wasn’t a lot of tolerance for anti American haters back then. 90’s anyway.

And people, even on FR, thought it was just about the Confederate Battle Flag.