Well jeez, there’s lots of prisoners who would like to “take their own life.” Prisons have been dealing with them for hundreds of years, if not thousands.

Pretty simple to prevent suicide if you want to in a prison facility. It’s very hard to prevent murder when you’re complicit in it though.

no problem. Sit a female police officer in her cell 24/7

a suicidal person has no legal expectation of privacy

John Minchillo/Associated Press File photo: After her arrest, Ghislaine Maxwell was put into the custody of the U.S. Marshals Service, which utilized a series of suicide-prevention protocols, including taking away her sheets, as well as other safety measures, fearing a repeat of what happened with Jeffrey Epstein.
By THE ASSOCIATED PRESS |
PUBLISHED: July 9, 2020 at 11:04 a.m. | UPDATED: July 9, 2020 at 11:06 a.m.
By Michael Balsamo | Associated Press

LITTLE ROCK, Ark. — Federal officials were so worried Jeffrey Epstein’s longtime confidante Ghislaine Maxwell might take her own life after her arrest that they took away her clothes and sheets and made her wear paper attire while in custody, an official familiar with the matter told The Associated Press.

The steps to ensure Maxwell’s safety while she’s locked up at a federal jail in New York City extend far beyond the measures federal officials took when they first arrested her in New Hampshire last week.

The Justice Department has implemented additional safety protocols and federal officials, outside of the Bureau of Prisons, have been specifically tasked with ensuring there’s adequate protection and the prisons protocols are being followed, the official said. The protections are in case she harms herself, and in case other inmates wish to harm her.

The concern comes in part because Epstein, 66, killed himself in a federal jail in Manhattan last summer while in custody on sex trafficking charges. The Bureau of Prisons has been the subject of intense scrutiny and conspiracy theories since then, with staff shakeups and leadership changes. Attorney General William Barr said his death was the result of the “perfect storm of screw ups.”

Maxwell was sent to the Metropolitan Detention Center in Brooklyn, over the Brooklyn Bridge from where Epstein was held.

The other protocols put in place for Maxwell’s confinement include ensuring that she has a roommate in her cell, is monitored and making sure someone is always with her while she’s behind bars, the official said.

The official could not discuss the ongoing investigation publicly and spoke to The Associated Press on condition of anonymity.

Maxwell was arrested last Thursday on charges she helped lure at least three girls — one as young as 14 — to be sexually abused by Epstein, who was accused of victimizing dozens of girls and women over many years.

Maxwell, the daughter of the late British publishing magnate Robert Maxwell, was the former girlfriend and longtime close associate of Epstein. She is accused of facilitating his crimes and on some occasions joined him in sexually abusing the girls, according to the indictment against her. Several Epstein victims have described Maxwell as his chief enabler, recruiting and grooming young girls for abuse. She has denied wrongdoing and called claims against her “absolute rubbish.”

Maxwell was arrested by a team of federal agents last week at a $1 million estate she had purchased in New Hampshire. The investigators had been keeping an eye on Maxwell and knew she had been hiding out in various locations in New England.

She had switched her email address, ordered packages under someone else’s name and registered at least one new phone number under an alias “G Max,” prosecutors have said.

When the agents swooped in to arrest her, they weren’t sure that she was even at the home, the official said. Some of the investigators believed she may have already fled from the United States in order to avoid prosecution, the official added.
After her arrest, Maxwell was put into the custody of the U.S. Marshals Service, which utilized a series of suicide-prevention protocols, including taking away her sheets, as well as other safety measures, fearing a repeat of what happened with Epstein.

The Bureau of Prisons been plagued for years by serious misconduct, violence and staffing shortages so severe that guards often work overtime day after day or are forced to work mandatory double shifts and has struggled recently with an exploding number of coronavirus cases in prisons across the U.S.

Here we go again... giving us a teaser of what is to come.

In two weeks when she ‘commits suicide’ no one will question it.

And make sure all the cameras are working. 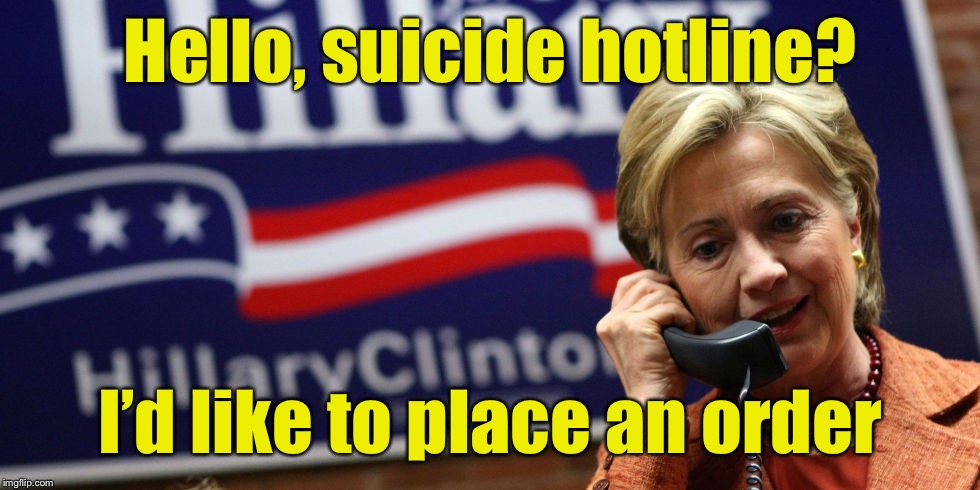 The should sit down and come up with some kind of plan where the person is watched extra carefully and kept from carrying through with such a thing.....they could call it something catchy, like “suicide watch”, or something like that.

Excellent - get the cover story out there! Oh sorry. That's just a conspiracy theory. Just joking. 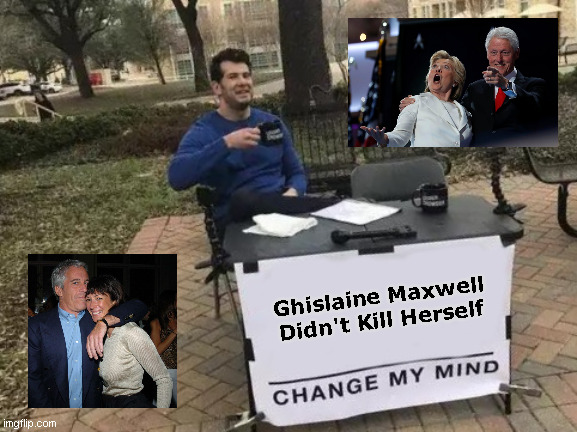 I guess that means the contract on her life is already out there. Just a matter of time. 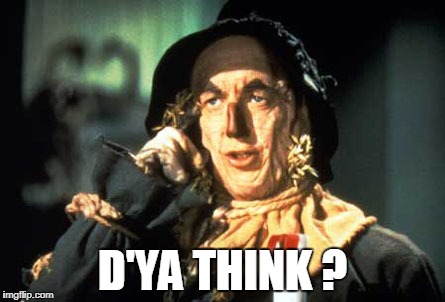 Last year at this time, there were articles coming out that officials were concerned that Jeffrey Epstein would take his life.

It will never happen on Barr’s watch.

The biggest killer of mankind 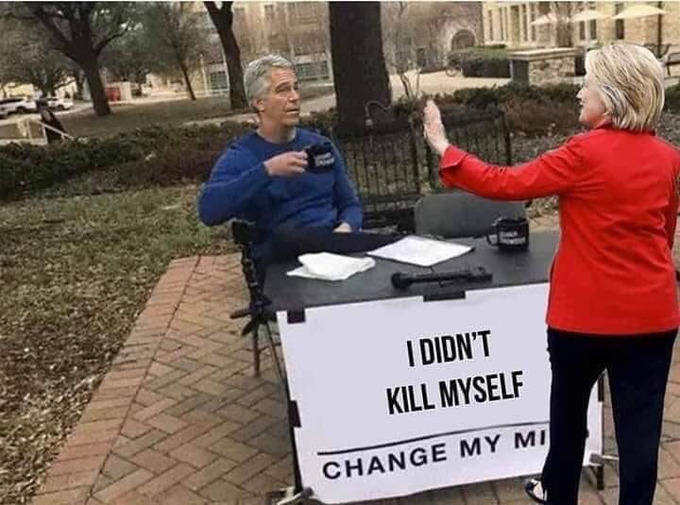