A stark difference between the approach of President Trump and the newly radicalized Democratic Party is revealed by the issue of mandatory face masks. The “mask police” mentality of the Dems is inciting an Orwellian society of snitches and bullies.

Democrats are now insisting that everyone be required to wear masks and that anyone seen not wearing a mask be reported to the authorities. This is despite leading liberal television commentators, including Chris Cuomo of CNN, being spotted outside without masks while they were being quarantined for COVID-19.

The wearing of masks in public places causes harm beyond COVID, which is why face coverings have long been against the law in many U.S. states and in other countries. There is no substitute for seeing the faces of strangers on the street and in stores.

A witness cannot give proper evidence in court while masked, for example. Reading a witness’ face is essential to determine his credibility.

The idea of a faceless society has long symbolized descent into totalitarian control, but that is where we are headed. The mask police are determined to exploit the COVID crisis to turn us into a faceless society.

A woman with a medical condition preventing her from wearing a mask recently entered a Walmart in Summit County, Utah, where masks are mandatory. In that Utah county, residents are required not only to wear masks, but to report on anyone seen without a mask so that the police can rush out and give the person a summons or ticket.

Is this what our society should become? With all the violent protests occurring, one would think that local authorities have better ways to spend their scarce resources than to be mask police.

A fellow Walmart shopper apparently saw the woman's bare face and took the law into his own hands. He accosted the woman, allegedly yelling sarcastically, “Thanks for wearing a mask!!!”

Then the male shopper rammed his shopping cart repeatedly into the cart of the maskless woman, as captured on surveillance video in the store. The bare-faced shopper was allegedly injured by the attack.

Some countries, such as Sweden, have rejected the suggestion that masks be required and never shut down their societies. Sweden indicated that masks can do more harm than good and could create a false sense of security.

The mortality rate from COVID-19 in Sweden is not significantly worse than in the United States or in Western European countries which have required masks for many weeks. All have mortality from the disease of less than one in a thousand in the overall population.

Sweden is not the only country to successfully reject masks. Iceland, as another example, rejected going the route of the mask police and never locked its country down either, but it still successfully defeated COVID-19.

The latest data show that Iceland has had a mortality of only 29 per million residents, which is less than 7% the reported mortality rate in the United States. Iceland had an outbreak of COVID-19 but then did what Democrats should have supported here: quarantine travelers from other countries.

These steps were what Peter Navarro, trade advisor to Trump in the White House, wanted to do by closing travel from China when the COVID pandemic first began. But it was Trump's opponents, including Hillary Clinton-supporter Anthony Fauci, who opposed adopting sensible measures early to protect the American people from the Wuhan virus.

There are many valid reasons why a particular individual may be better off not wearing a mask, like the Walmart shopper who had a medical justification. Besides, in a vast open store with high ceilings like Walmart, it is not obvious how a mask would really make a difference as people still touch shopping carts and check-out counters.

When people take off their masks after returning to their cars, their hands typically touch their faces, which the CDC has long said is a particularly dangerous habit. Dr. Fauci even wants us to stop shaking hands permanently to reduce germ transmission by touching.

One might wonder if people will ever be allowed to see others smile again, as the mask police enforce their unreasonable demands. We cannot allow the government to deprive us of the ability to see emotions of other people through their facial expressions, as depicted in the science fiction classic “Invasion of the Body Snatchers.”

Once Democrats get a new rule installed, such as mandatory masks, it becomes

very difficult to ever remove it. Democrat President Harry Truman delayed lifting restrictions imposed for World War II until a landslide Republican victory in November 1946 forced him to.

President Trump is right to reject wearing a mask in most places. Bandits and anarchists wear masks, not the leader of the free world.

It is illustrative of the left that on the one hand they want to defund the police, but they then turn around and want the police to harass people who don’t want to wear a mask. 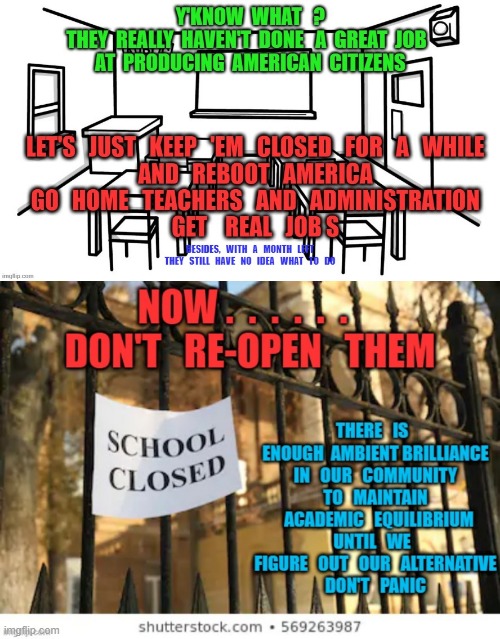 Of course not! Everyone knows death squads are “the answer”.

7 posted on 07/22/2020 12:04:37 PM PDT by lightman (I am a binary Trinitarian. Deal with it!)
[ Post Reply | Private Reply | To 1 | View Replies]
To: Kaslin
It doesn't make sense to compare Sweden with the US because of differences in population and culture. Most Swedes can be counted on to wear masks and socially distance voluntarily, with or without making it mandatory. And if you compare Sweden to its Nordic neighbors it is doing the worst with 561 deaths per million compared to the Netherlands' 358 per million and Norway's 47 per million. Iceland is doing pretty well with 29 deaths per million but then Iceland isn't densely populated. What works for Iceland won't necessarily work for the US.

We cannot allow the government to deprive us of the ability to see emotions of other people through their facial expressions, as depicted in the science fiction classic “Invasion of the Body Snatchers.”

My eyes are sensitive to sunlight, so I wear sunglasses every time I go outside. I guarantee you my sunglasses hide my emotions better than my mask does. The eyes are the windows to the soul. Yet nobody ever has any difficulty understanding me. Nobody gets their panties in a knot and tells me my sunglasses are a sign that I secretly support socialism. Why is that?

Bandits and anarchists wear masks, not the leader of the free world.

So all those Chinese, Japanese, Taiwanese, and Korean folks are bandits and anarchists? Who knew?

We have a new word for the Newspeak lexicon: maskcrime. Commit maskcrime and you will be picked up by Miniluv and if you don’t stop your crimethink you will become an unperson.

Looked like Uncle Leo hadn’t bathed in a while, either.

The buzzards were gonna have dirty eating.

My opinion is that the mask muzzle is a choke chain to punish and condition people for something far worse that the Global Marxists are preparing: "Digital Immunity" and "ID2020" - which are the precursors to that which is outlined in Revelation chapter 13. 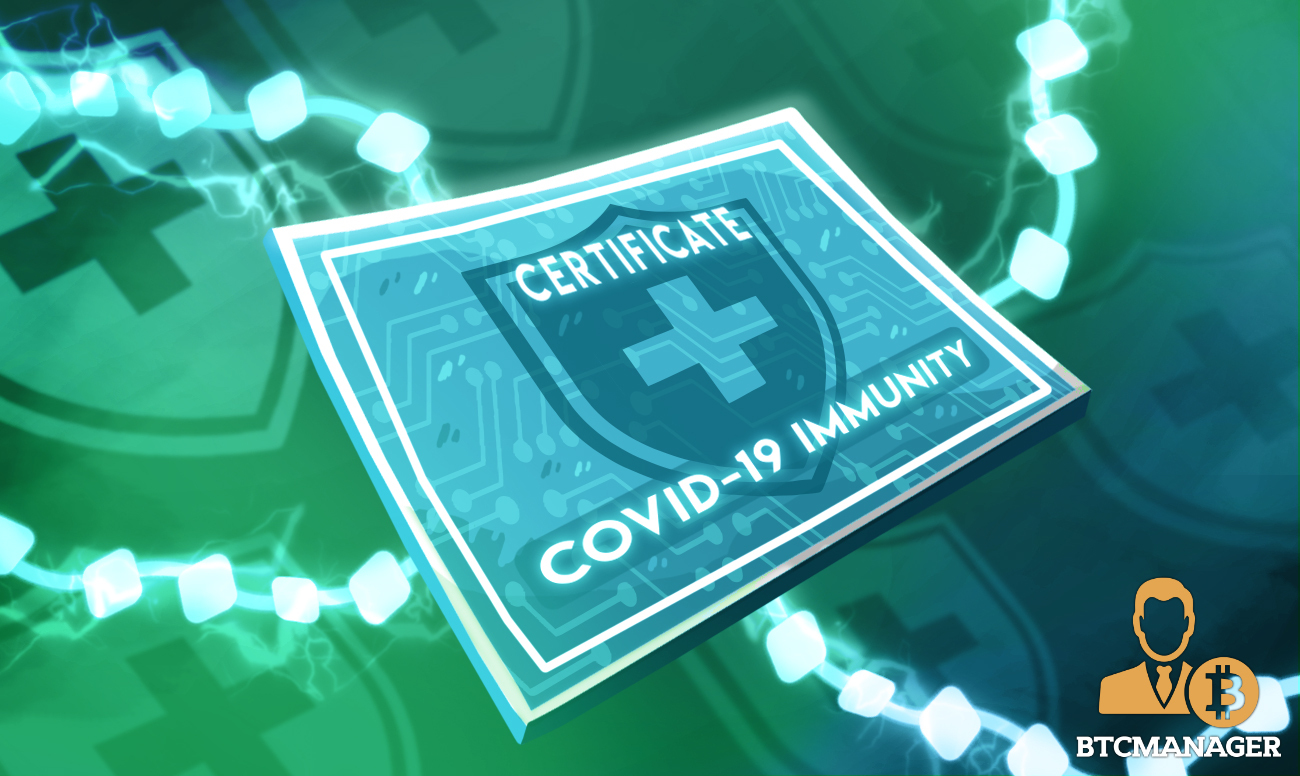 The M-A-S-K is the conditioning tool that will lead to the M-A-R-K.

13 posted on 07/23/2020 2:38:34 AM PDT by SkyPilot
[ Post Reply | Private Reply | To 10 | View Replies]
To: colorado tanker
We have a new word for the Newspeak lexicon: maskcrime. Commit maskcrime and you will be picked up by Miniluv and if you don’t stop your crimethink you will become an unperson.

if I recall correctly, the new word needs to be more insidious in perverting truth

‘Nobody gets their panties in a knot and tells me my sunglasses are a sign that I secretly support socialism. Why is that?’

uhm perhaps because everybody wears sunglasses for the purposes of reducing light damage to retinas, and as such they actually serve a valid function...unlike filthy cloth diapers over the mouth...

‘So all those Chinese, Japanese, Taiwanese, and Korean folks are bandits and anarchists?’

not bandits, nor anarchists, but quiescent,compliant sheeple...which you apparently wish us to be...

unlike filthy cloth diapers over the mouth...

Which is why you have more than one mask and wash them on a regular basis, like your socks and underwear. Or not as the case may be. If your mask is filthy you aren't doing it right.

You see "quiescent, compliant sheeple". I see high-IQ types who are reopening their economies without overwhelming their hospitals.