In a polling double tap on the Democratic presidential ticket, President Trump for the first time has edged in front of Joe Biden in his bid for reelection and he’s reached his highest approval rating for the year.

The just issued Rasmussen Reports surveys put Trump’s approval rating at 52%, after a string of 51% marks. He reached 52% two other times this year.

And the pollster’s weekly race review released at noon had Trump nudging ahead of Biden, 47%-46%.

“President Trump has now edged to a one-point lead over Democratic nominee Joe Biden in the latest Rasmussen Reports’ weekly White House Watch survey. While statistically insignificant, it’s the first time Trump has been ahead,” said the poll analysis.

It added, "The race has narrowed over the past two weeks. Biden had a two-point lead last week, but that survey also marked the first time Trump had edged above 45% over the past two-and-a-half months. Prior to this week, Biden has bested Trump in every weekly survey since White House Watch began at the beginning of July." 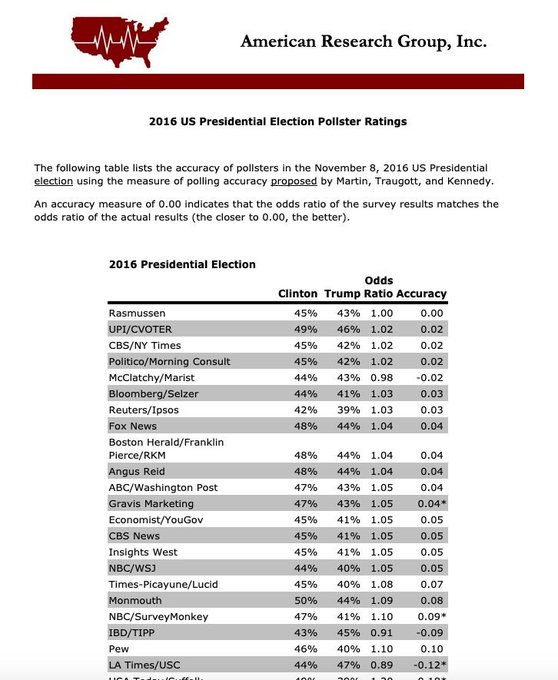 Notice that the Soros-sucking satanists who troll here with their golden images (polls) are noticeably absent from this thread.

One of these Soros-sucking minions was on here crowing about a Rasmussen poll a few weeks ago. Today? No where to be found.

The concern trolling from these few are so transparent.

Biden does not seem to have any enthusiasm....

Trump needs to win by 100,000 or more in every swing state or the democrats will steal it

That means its really double digits

Trump has been a truly great president. He deserves to win in a massive landslide, but having said that, I also do not believe any polls no matter if they are positive or negative for my side.

Yeah but no doubt there are several dozen ‘tell all’ books waiting to come out in the next couple weeks detailing the evils of OMB. No?

In before the yellow corn flakes bowl.

Quite sure he won’t be on this thread

Oh but biden has the debates to make it back :-)

Who gives a **** about tell all stories about a guy that you’ve known for 1400 days or more already?

you find out something about someone before you start dating them it might stop you from dating them.

if you’ve been with that person for 4 years and know them well and you hear some filth about them it is not going to end your relationship.

Especially when the person telling the filth hates your partner.

is there anything people on this board won’t figure out to worry about? :-)

I believe that. Many people will not admit to supporting Trump.

However, there is something called a “bandwagon effect”. If this trend continues, especially after the first debate, undecided people are more willing to “jump on the bandwagon.”

I realize many (myself included) believe Biden will not engage in the debates. But even the act of pulling out is going to cause some to decide in Trump’s favor.

True undecideds will be upset with him not debating and as long as the Trump campaign can overcome the spin that somehow it’s Trump’s fault, I think a significant percent (2%?, 3%) will join the Trump Train.

14 posted on 09/16/2020 9:25:46 AM PDT by JohnEBoy
[ Post Reply | Private Reply | To 6 | View Replies]
To: Helicondelta
This is Rasmussen Reports and not Scott Rasmussen directly? If so, Biden is in big trouble. Trump was not supposed to be close before debates, which would have allowed Biden to opt out. Opting into the debates, even with the massive left lean of the debate committee, would further harm Biden.

What does this mean? My guess we'll see more manufactured polls showing Biden with a *HUGE* lead that is increasing, plus some massive incident somewhere in the country (police "shooting", right-wing "shooting", etc).

So the Vindman Loser Lie and Woodward on COVID didn’t land a punch. Gotta wonder what they’ll try next.

Let’s ignore the NATIONAL polls and focus on the Individual Battleground States like Michigan, Wisconsin, Pennsylvania, Ohio, and even Nevada, etc.

These are where the elections will be decided.

I think the Mason-Dixon polls do these individual state polls.

Good news, but play like we’re still down. I imagine we’re up more, but nonetheless keep the pressure on. We need to win decisively. A decisive win would demoralize the Antifa hordes and the deep state like nothing else, showing that the people have rejected them.

The Biden campaign will surely calculate that the damage of dropping out will be far less than the damage of participating in debates. Unless they rig it with answers provided in advance, no direct talk between candidates, etc so Biden can just read from a prompter the whole time.

A key enabler for that calculation is that the mainstream media can convince everyone that debates don't matter, that they are not historically a thing prior to modern TV era, that Trump is unworthy of debating, etc etc. They will pull out all the stops, and Google / Facebook / Twitter will censor anything that says otherwise. Will that be enough to minimize fallout? I don't know. But Trump can surely make a lot of hay out of it either way.