America Repent for your portion has been measured and found lacking !
The Joshua Chronicles ^ | Jedediah

America your portion has been measured in full and the time of true shaking has come ! Now watch as I touch your pocketbooks , watch as I annihilate the sin in your lives and watch as All this occurs I set the captives free and destroy the rebellious as korah for I shall swallow up sin and it's roots . I shall cleanse this nation as never before . There shall be crevasses where there has been great rivers allowing the ocean in , Deserts where there has been pools of great waters , Mountains where there has been highways and valleys that no bridge can cross ,

Jeremiah 13:25 (Amplified Bible) 25This is your lot, the portion measured to you from Me, says the Lord, because you have forgotten Me and trusted in falsehood [false gods and alliances with idolatrous nations].

Marshal law is about to be exposed ,

From its head to its toes ,

What seems to you as a beginning is actually the end ,

The toes exposed not revealing the head ,

For what has already begun is hidden and veiled ,

But soon the truth shall hit you like a nail !

For what has been held back shall now come together as one ,

And it shall go off with the shot of a gun ,

For such a short time one causing woe ,

And then a beginning of a prophecy of dread !

From the dead comes the living yet is it Satan instead ?! ,

The Beast released all in one day ? ,

And then a false prophet standing beside to persuade ,

The many are fooled , the Chosen condemned ,

Just as in Rome the wicked lay in her bed ,

The harlot arises drinking her blood ,

Nothing left but two witnesses ,

The Holy Place a shambles with strange fire and incenses ,

An abomination begins to arise ,

But soon to be cast down by Christ \o/ ,

Come to your Maker’s house before this befalls ! ! !

Revelation 13:3 And one of his heads seemed to have a deadly wound. But his death stroke was healed; and the whole earth went after the beast in amazement and admiration.

Revelation 13:4 They fell down and paid homage to the dragon, because he had bestowed on the beast all his dominion and authority; they also praised and worshiped the beast, exclaiming, Who is a match for the beast, and, Who can make war against him?

Revelation 13:5 And the beast was given the power of speech, uttering boastful and blasphemous words, and he was given freedom to exert his authority and to exercise his will during forty-two months (three and a half years).

Revelation 13:11 Then I saw another beast rising up out of the land [itself]; he had two horns like a lamb, and he spoke (roared) like a dragon.

Revelation 13:12 He exerts all the power and right of control of the former beast in his presence, and causes the earth and those who dwell upon it to exalt and deify the first beast, whose deadly wound was healed, and to worship him.

Revelation 13:14 And because of the signs (miracles) which he is allowed to perform in the presence of the [first] beast, he deceives those who inhabit the earth, commanding them to erect a statue (an image) in the likeness of the beast who was wounded by the [small] sword and still lived.

Revelation 13:15 And he is permitted [also] to impart the breath of life into the beast’s image, so that the statue of the beast could actually talk and cause to be put to death those who would not bow down and worship the image of the beast.

Revelation 13:17 So that no one will have power to buy or sell unless he bears the stamp (mark, inscription), [that is] the name of the beast or the number of his name.

Revelation 13:18 Here is [room for] discernment [a call for the wisdom of interpretation]. Let anyone who has intelligence (penetration and insight enough) calculate the number of the beast, for it is a human number [the number of a certain man]; his number is 666.

Revelation 14:9 Then another angel, a third, followed them, saying with a mighty voice, Whoever pays homage to the beast and his statue and permits the [beast’s] stamp (mark, inscription) to be put on his forehead or on his hand,

Revelation 14:11 And the smoke of their torment ascends forever and ever; and they have no respite (no pause, no intermission, no rest, no peace) day or night—these who pay homage to the beast and to his image and whoever receives the stamp of his name upon him.

Revelation 15:2 Then I saw what seemed to be a glassy sea blended with fire, and those who had come off victorious from the beast and from his statue and from the number corresponding to his name were standing beside the glassy sea, with harps of God in their hands.

Revelation 16:2 So the first [angel] went and emptied his bowl on the earth, and foul and painful ulcers (sores) came on the people who were marked with the stamp of the beast and who did homage to his image.

Revelation 16:10 Then the fifth [angel] emptied his bowl on the throne of the beast, and his kingdom was [plunged] in darkness; and people gnawed their tongues for the torment [of their excruciating distress and severe pain]

Revelation 17:3 And [the angel] bore me away [rapt] in the Spirit into a desert (wilderness), and I saw a woman seated on a scarlet beast that was all covered with blasphemous titles (names), and he had seven heads and ten horns.

Revelation 17:7 But the angel said to me, Why do you wonder? I will explain to you the [secret symbolic meaning of the] mystery of the woman, as well as of the beast having the seven heads and ten horns that carries her.

Revelation 17:11 And as for the beast that [once] was, but now is no more, he [himself] is an eighth ruler (king, head), but he is of the seven and belongs to them, and he goes to perdition.

Revelation 17:12 Also the ten horns that you observed are ten rulers (kings) who have as yet received no royal dominion, but together they are to receive power and authority as rulers for a single hour, along with the beast.

Revelation 17:13 These have one common policy (opinion, purpose), and they deliver their power and authority to the beast.

Revelation 17:16 And the ten horns that you saw, they and the beast will [be the very ones to] hate the harlot (the idolatrous woman); they will make her cheerless (bereaved, desolate), and they will strip her and eat up her flesh and utterly consume her with fire.

Revelation 17:17 For God has put it into their hearts to carry out His own purpose by acting in harmony in surrendering their royal power and authority to the beast, until the prophetic words (intentions and promises) of God shall be fulfilled.

Revelation 19:19 Then I saw the beast and the rulers and leaders of the earth with their troops mustered to go into battle and make war against Him Who is mounted on the horse and against His troops.

Revelation 19:20 And the beast was seized and overpowered, and with him the false prophet who in his presence had worked wonders and performed miracles by which he led astray those who had accepted or permitted to be placed upon them the stamp (mark) of the beast and those who paid homage and gave divine honors to his statue. Both of them were hurled alive into the fiery lake that burns and blazes with brimstone.

Revelation 20:4 Then I saw thrones, and sitting on them were those to whom authority to act as judges and to pass sentence was entrusted. Also I saw the souls of those who had been slain with axes [beheaded] for their witnessing to Jesus and [for preaching and testifying] for the Word of God, and who had refused to pay homage to the beast or his statue and had not accepted his mark or permitted it to be stamped on their foreheads or on their hands. And they lived again and ruled with Christ (the Messiah) a thousand years.

Revelation 20:10 Then the devil who had led them astray [deceiving and seducing them] was hurled into the fiery lake of burning brimstone, where the beast and false prophet were; and they will be tormented day and night forever and ever (through the ages of the ages).

A lot of rhyming toes in there. Has Dick Morris started rapping now?

SURE A LOT has seemed to be looming closer and closer for some time now.

God have mercy on all who Love Him.

I sure am glad that I was given a New Covenant.

Correct me if I'm wrong, but I'm pretty sure the Almighty understands subject-verb agreement.

8 posted on 09/08/2010 9:27:51 PM PDT by RansomOttawa (tm)
[ Post Reply | Private Reply | To 1 | View Replies]
To: Quix
I prophesy that darkness shall fall upon the face of the North pole beginning on September 22 and the sun will not reappear there until March 21, 2011. On that same day (9/22/10), the sun will reappear in the skies over the South Pole and continue to shine unceasingly until the sun reappears on the North Pole.

Can I get an Amen?

The subject/verb conjugation was apparently lost when it was translated from the original "Tongues".

not to be construed as any support at all for bashing good faith prophetic types. Deserts where there has been pools of great waters Mountains where there has been highways

and valleys that no bridge can cross 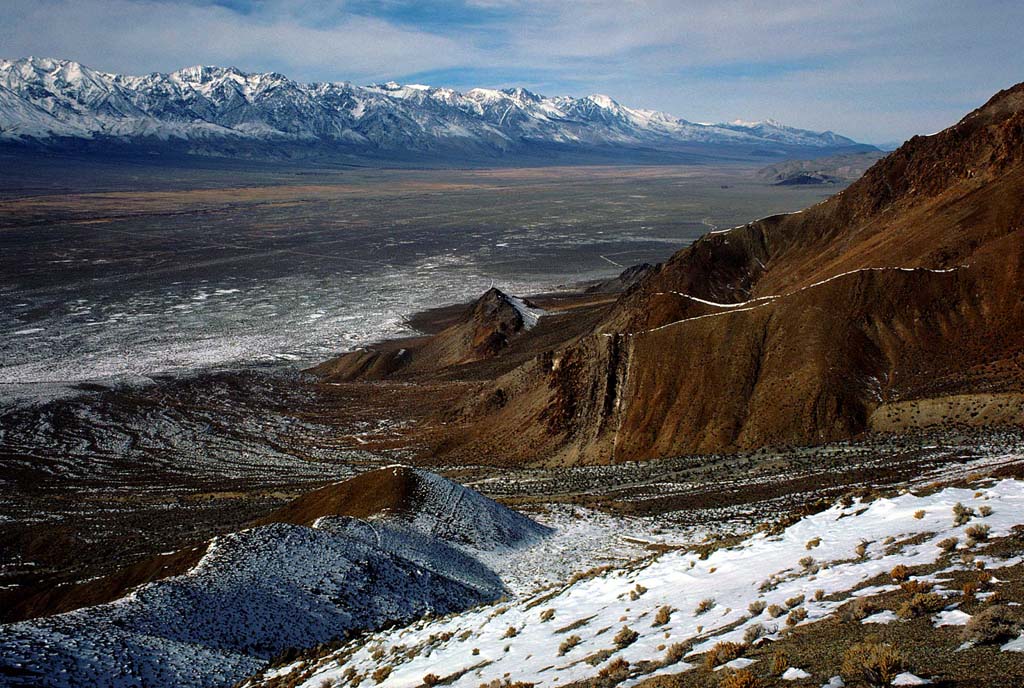 The grammar alone is evidence that this is a bad faith false prophecy. God don't use bad grammar.

I understand your perspective.

I disagree. Nothing new to share on that score.

You have not been tasked with trouncing Jedediah.

God is over him and well able to conform him to the image of His Son . . . as Jedediah has repeatedly asked Him to do.

I don’t see you adding anything constructive to that project.