Pope Francis, starting back in 2014, instituted Islamic prayers to the moon god allah in the Vatican. In 2018, he told a photographer that he was ‘the Devil’ then walked away laughing about it. In 2019, he called for all Catholic schools to begin teaching about Islam, and he signed a ‘Universal Brotherhood’ concordat with Sheikh Ahmed al-Tayeb after kissing him on the mouth. Did I say Pope Francis was the False Prophet? Hmm, now that I think about it, he sounds more like Antichrist.

FROM LEO HOHMANN: The Vatican has released the preparatory document for its upcoming Pan-Amazonian Synod of bishops in October, and it contains yet another window into Pope Francis’ green-friendly worldview in which he subtly and deceptively turns traditional, biblical Christianity on its head. You will recall that just a couple of months ago a group of more than 30 Catholic scholars and clergy signed an open letter to the bishops, pleading that they hold the pope accountable for his anti-Christian, anti-Catholic teachings with regard to marriage, moral teaching, etc. They declared him guilty of at least seven heresies.

His latest stunner is his Instrumentum Laboris document which says that the pagan Gaia worship of the Earth done by the tribal people of the Amazon fits in perfectly with the teachings and doctrines of the Roman Catholic Church. Francis for some time now has been pushing this New Age gospel, and now he is launching it with the Amazonians.

PM me if you wish to be added or removed. The ecumenism is out of control with the RCC. SMH....

This guy is single-handedly killing the Catholic Church!

Do you have a link to an English translation?

Where is Romano Amerio when we need him?

excerpts from the document in English here:

8 posted on 07/07/2019 9:35:58 AM PDT by Deo volente ("Paging Mr. Charles Martel. Please pick up the white courtesy phone.")
[ Post Reply | Private Reply | To 5 | View Replies]
To: Roman_War_Criminal; redleghunter; Springfield Reformer; kinsman redeemer; BlueDragon; metmom; ...
End Times Ping PM me if you wish to be added or removed. The ecumenism is out of control with the RCC. SMH....

He is your pope, elected by your leadership, which you are enjoined to obey as per historical papal teaching.

'the one duty of the multitude is to allow themselves to be led, and, like a docile flock, to follow the Pastors," "to suffer themselves to be guided and led in all things that touch upon faith or morals by the Holy Church of God through its Supreme Pastor the Roman Pontiff," "of submitting with docility to their judgment," with "no discussions regarding what he orders or demands, or up to what point obedience must go, and in what things he is to be obeyed... not only in person, but with letters and other public documents ;" and 'not limit the field in which he might and must exercise his authority, " for "obedience must not limit itself to matters which touch the faith: its sphere is much more vast: it extends to all matters which the episcopal power embraces," and not set up "some kind of opposition between one Pontiff and another. Those who, faced with two differing directives, reject the present one to hold to the past, are not giving proof of obedience to the authority which has the right and duty to guide them," "Nor must it be thought that what is expounded in Encyclical Letters does not of itself demand consent." (Sources http://www.freerepublic.com/focus/religion/3578348/posts?page=14#14)

Or you could follow Christ, rather than a church whose distinctive teachings are not manifest in the only wholly inspired substantive authoritative record of what the NT church believed (including how they understood the OT and gospels), which is Scripture, especially Acts thru Revelation.

Seems more and more that we are living a Left Behind novel.

You cannot kill what is sadly overall spiritually dead.

No, the Catholic church has been in a death spiral for hundreds, if not over a thousand years.

His papacy is the fruition of Roman Catholicism.

13 posted on 07/07/2019 9:38:12 AM PDT by metmom ( ...fixing our eyes on Jesus, the Author and Perfecter of our faith..)
[ Post Reply | Private Reply | To 4 | View Replies]
To: Roman_War_Criminal
Pope Francis Releases Document how Pagan Gaia Worship will combine with Catholic Church in Amazon

Sort of like how communist "Liberation Theology" infiltrated the Catholic Church?

In a controversial interview, Pope Francis has publicly defended Liberation Theology, calling it a “positive thing” in Latin America. ..."

In a striking revelation in 2015, the highest ranking Cold War defector asserted that the KGB had created Liberation Theology, exporting it to Latin America as a means of introducing Marxism into the continent.

Ion Mihai Pacepa, a 3-star general and former head of Communist Romania’s secret police who defected to the United States in 1978, has been called “the Cold War’s most important defector.” During the more than ten years that Pacepa worked with the CIA, he made what the agency described as “an important and unique contribution to the United States.”

He is reported in fact to have given the CIA “the best intelligence ever obtained on communist intelligence networks and internal security services.”

“Liberation theology has been generally understood to be a marriage of Marxism and Christianity.

In his role as doctrinal watchdog, Cardinal Joseph Ratzinger referred to Liberation Theology as a “singular heresy” and a “fundamental threat” to the Church.

Liberation Theology Activist: Pope Francis Is One of Us

BERLIN (ChurchMilitant.com) - The main figurehead of liberation theology in the 1980s is praising Pope Francis, and criticizing the signatories of the recently sent dubia.

Leonardo Boff, a main proponent for liberation theology in Brazil throughout his life, gave an interview to the German newspaper Kölner Stadt-Anzeiger in Berlin, which was published on Christmas.

Boff entered the Franciscan order in 1959 and was ordained a Catholic priest in 1964, where he became a controversial figure with his prominent advocacy of left-wing causes. During his priesthood, he became a vocal critic of capitalism and a strong proponent of liberation theology.

Liberation theology is a religious movement that offers a Marxist understanding of poverty and oppression, and which had its start in South America in the 1960s.

One KGB defector who later converted to Catholicism claimed it was a movement created by the KGB and spread by willing South American bishops. ...” 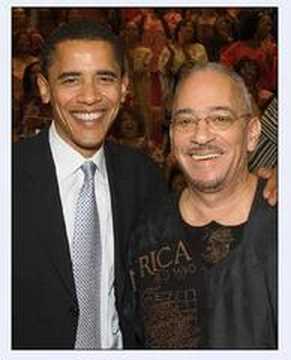 However, in contrast to traditional Marxism, it emphasizes race rather than class. The Christian notion of "salvation" in the afterlife is superseded by "liberation" on earth, courtesy of the establishment of a socialist utopia. 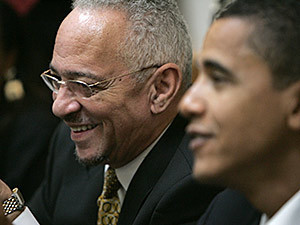 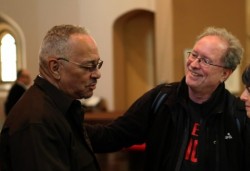 In an earlier time, the mob would have already stormed the Vatican and dragged this evil man into the streets.

15 posted on 07/07/2019 9:39:28 AM PDT by ClearCase_guy (If White Privilege is real, why did Elizabeth Warren lie about being an Indian?)
[ Post Reply | Private Reply | To 1 | View Replies]
To: All; Roman_War_Criminal
From David Horowitz's FrontPageMag.com/DiscoverTheNetworks.org:

Ion Mihai Pacepa, the highest-ranking Soviet-bloc official ever to defect to the West, writes: “Liberation theology has been generally understood to be a marriage of Marxism and Christianity.

Its genesis was part of a highly classified Party/State Disinformation Program, formally approved in 1960 by KGB chairman Aleksandr Shelepin and Politburo member Aleksei Kirichenko, then the second in the party hierarchy after Nikita Khrushchev.”

Adds Pacepa: “In 1971, the KGB sent Kirill — who had just been elevated to the rank of archimandrite — to Geneva as emissary of the Russian Orthodox Church to the World Council of Churches.... Kirill/Mikhailov’s main task was to involve the WCC in spreading the new liberation theology throughout Latin America.

In 1975, the KGB was able to infiltrate Kirill into the Central Committee of the WCC — a position he held until he was “elected” patriarch of Russia, in 2009.

Not long after he joined the Central Committee, Kirill reported to the KGB: ‘Now the agenda of the WCC [World Council of Churches] is also our agenda.’”

The first-ever Russian Orthodox church will open in Pyongyang, North Korea this weekend.

It’s an odd project considering that freedom of religion exists almost exclusively on paper in the closed communist country.

North Korean dictator Kim Jong-Il is supposed to be a communist atheist.

So why has he made promoting the Russia Orthodox Church his latest pet project?

On August 13, the country’s first Orthodox church is to be opened in the capital city of Pyongyang.

Russian Metropolitan Bishop Kyrill, second in command within the Church after the Patriarch, will travel to Pyongyang to christen the new house of worship. ...”

Roman Catholic theology and practice has always been combined with pagan religions, as pointed out by the pope Ratzinger...

Seems more and more that we are living a Left Behind novel.]

Yep, much like the False Prophet. I don’t know if he’s it or if the next guy will be it. Sure does a pretty good impression so far.

Just like the self-anointed Kenyan does on the “other guy”. And is feted by fools.

He is just transforming the catholic Pope into the first Islamic Pope.

Infiltrated by the KGB during the Cold War

Calls for capitalism’s “reform” according to socialist principles]