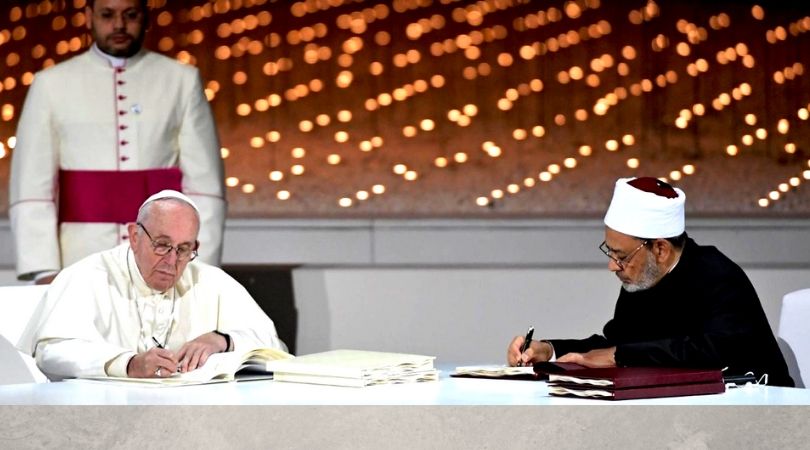 VATICAN CITY (ChurchMilitant.com) - Pope Francis lauded a new initiative Monday to implement a joint interreligious document on world peace that he and the grand imam of al-Azhar signed in February.

The initiative, a higher committee established in Abu Dhabi Aug. 19 to ensure the objectives of the "Document on Human Fraternity for World Peace and Living Together" are met, includes Vatican and Muslim officials.

This 'Document on Human Fraternity' is full of outrageously false and misleading statements.Tweet

Pope Francis praised the new initiative in a press release from the Holy See on Wednesday:

Although sadly evil, hatred and division often make news, there is a hidden sea of goodness that is growing and leads us to hope in dialogue, reciprocal knowledge and the possibility of building, together with the followers of other religions and all men and women of good will, a world of fraternity and peace.


Church Militant spoke with Robert Spencer, the director of Jihad Watch and a Shillman fellow at the David Horowitz Freedom Center, about the document and this new initiative.

"This 'Document on Human Fraternity' is full of outrageously false and misleading statements," he said. "One is the claim that terrorism is due to 'an accumulation of incorrect interpretations of religious texts and to policies linked to hunger, poverty, injustice, oppression and pride.'"

Spencer explained how this claim about terrorism is false and misleading: 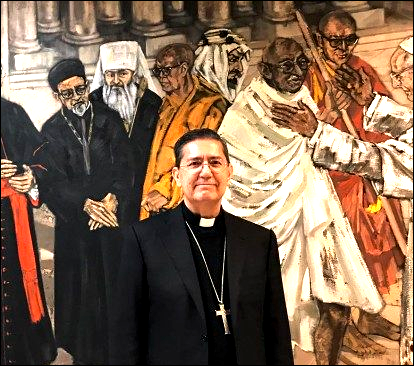 Bishop Miguel Guixot, president of the Pontifical Council for Interreligious Dialogue and a member of the higher committee, offered a different interpretation of "Document on Human Fraternity" in an interview with Vatican News:

I think the Abu Dhabi declaration is a global appeal to the 'civilization of love' that contrasts with those who want a clash of civilizations! Prayer, dialogue, respect and solidarity are the only winning weapons against terrorism, fundamentalism and all kinds of war and violence. They are weapons that are part of the spiritual arsenals of all religions. Peace is a precious good, an aspiration that lives in the heart of every man, a believer or not, and which should inspire every human action.

Spencer disagrees that dialogue is a winning weapon against terrorism: "Pope Francis' much-vaunted 'dialogue' has never saved one Christian from being persecuted by Muslims, or prevented one church from being destroyed by jihadis. Nor will it ever do these things, as it is based on fantasy and wishful thinking, not on reality."

Men in the Church today are in fact promoting the neglect of the first Commandment of the Decalogue and the betrayal of the core of the Gospel.Tweet 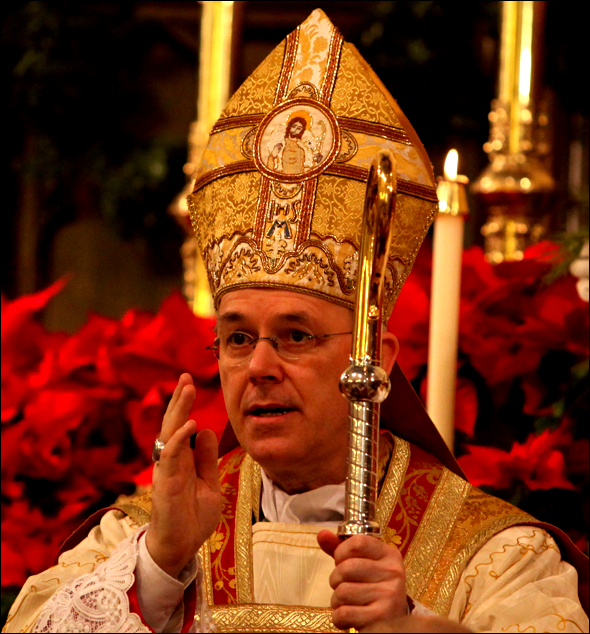 In a recent interview with LifeSiteNews, Bp. Athanasius Schneider said that the phrase "Human Fraternity" sounds nice but has led to a betrayal of the Gospel:

The problem is of the utmost seriousness, because under the rhetorically beautiful and intellectually seductive phrase "Human Fraternity," men in the Church today are in fact promoting the neglect of the first Commandment of the Decalogue and the betrayal of the core of the Gospel. However noble such aims as "human fraternity" and "world peace" may be, they cannot be promoted at the cost of relativizing the truth of the uniqueness of Jesus Christ and of His Church and of undermining the first Commandment of the Decalogue.

Those whacky folks at the Babylon Bee!

But what could the Bee do really? I suppose a “follow up” story announcing an interfaith outreach to bring teachings to line up with Scientology....

‘Peace is an aspiration in the heart of every man..Only dialogue has stopped islamic terrorism.. Civilization of love’

Even if we remove the controversy, just delete that sentence about “willed by God”...

...the whole document reads like a vague dissertation from the UN, an EU commission, or even the local school board.

Nothing about how religion helps peace, or is more important for humanity than any other socio-political mechanism.