Virginia churches could face criminal penalties for holding services during the coronavirus outbreak.

“Ralph Northam is putting the profits of the $1 billion abortion industry ahead of the health, safety, and well-being of all Virginians,” said Victoria Cobb, president of the Family Foundation of Virginia. “His decision to allow abortions to continue when other elective procedures have been suspended is anti-science, anti-health, and anti-life.”

Pro-lifers all across the country are outraged by the situation in Virginia and other states where elective abortions are being prioritized over actual health care and religious freedom.

Though most churches already have stopped in-person services to combat the spread of the coronavirus, Northam issued an order, effective Tuesday, that would punish pastors with jail time or fines for holding religious services with more than 10 people, according to the Catholic News Service.

His Executive Order 53, unlike similar orders in other states, does not exempt churches. It states: “All gatherings of more than 10 people are banned statewide, beginning at 11:59 PM on Tuesday, March 24, 2020. This does not include gatherings that involve the provision of health care or medical services, access to essential services for low-income residents, such as food banks; operations of the media; law enforcement agencies; or operations of government.” The order will be in effect through April 23, but it could change and violator face a possible 12 month jail sentence and $1,200 in fines.

Earlier, Northam also ordered all non-essential businesses to close and non-essential medical procedures to be postponed. However, he carved out exceptions for elective abortions.

“The public health emergency order does not apply to any procedure if the delay would cause harm to a patient,” a news release from his office states. “The order also does not apply to outpatient visits in hospital-based clinics, family planning services, or emergency needs.”

Northam’s office pointed to concerns about sufficient medical supplies as a reason for temporarily banning non-essential medical procedures. But, in the same release, his office allowed abortion facilities to continue to kill unborn babies, even though abortions are almost entirely elective.

In other words, right now in Virginia, people are banned from going to church, but they can still abort their unborn babies for any reason.

Judie Brown, president of American Life League, described the situation in more blunt terms: “All other elective surgery must be postponed … unless you want to rip a baby into six parts. That is the substance of a statewide order from Virginia Governor Ralph Northam, perhaps the most bloodthirsty governor in America.”

As Brown pointed out, Northam is still in office despite numerous scandals, including his defense of infanticide and a racist photo of him either in blackface or a KKK hood.

“And now? Northam has ordered all elective surgeries to be postponed … unless you want to rip a baby into six pieces, in which case, keep stacking up the dead babies,” Brown said. “What’s worse is that this is the same governor who has made it a Class 1 misdemeanor to go to Holy Mass.”

Despite what Democrat leaders claim, abortions are elective. Recently, medical groups representing more than 30,000 doctors in America emphasized that abortions are not “essential” or “urgent,” and abortion facilities that continue to operate during the pandemic are being “medically irresponsible.”

Abortions kill unborn babies and put mothers’ lives at risk. Common abortion complications include infections, blood clots, hemorrhaging and an incomplete abortion where parts of the baby remain inside the mother’s womb. Abortion risks include future preterm births, breast cancer, suicide, anxiety/depression, and death. And it is not true that abortions are safer than childbirth.

Although the situation is fluid, here are the latest reports from LifeNews.com on the status of abortion and orders to stop non-essential medical services:

Texas: Abortion centers are temporarily closed after Governor Greg Abbott’s order. But Texas abortion businesses have sued the state to reopen. Planned Parenthood has filed a lawsuit as well to do abortions and ignore the order.

Maryland: Abortion centers are included in the abortion order to stop non-essential procedures but they have been caught violating the order.

Louisiana: Abortion centers are included in the order to close and all three have closed.

Ohio: Abortion centers are included in the order to close but they are refusing to close.

Mississippi: Abortion centers are included in the order and the state’s sole abortion business has closed.

States Not Protecting Babies From Abortion

Virginia: Christians Could be Jailed for 1 Year for Attending Church, But Abortion Clinics Can Keep Killing Babies

New York: New York has issued an order to stop non-essential health services but is not applying it to abortion centers. New York Attorney General: Coronavirus Crisis is No Reason to Stop Killing Babies in Abortions

North Carolina: Pro-life groups have called on the governor to stop abortions during the coronavirus crisis. 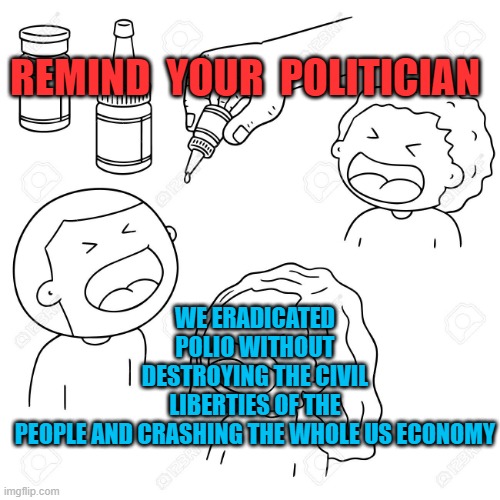 I don’t know but over in Saudi Arabia that comet they pray to? No one has been there! They stopped prayers there.

13 Submit yourselves for the Lord’s sake to every human institution, whether to a king as the one in authority, 14 or to governors as sent by him for the punishment of evildoers and the praise of those who do right.

15 For such is the will of God that by doing right you may silence the ignorance of foolish men.

16 [Act] as free men, and do not use your freedom as a covering for evil, but [use it] as bondslaves of God. 17 Honor all men; love the brotherhood, fear God, honor the king.

CONgre$$ should be QUARANTINED forever. Not proper spacing. They’ve infected us all with GO Vid-535.

There should be massive civil disobedience on Easter Sunday

They can’t arrest, prosecute, and jail everyone

And we wonder why healthcare priorities are so lopsided in our country? Babies die. We do nothing, and now...

They should start holding services in grocery stores.

This is just what Satan (the governor’s god) wants...Christians denied the right to assemble as believers. He wants them separated, discouraged, and intimidated.

And the sacrifices to Molech must continue.

Is it improper that I wish the guy would be supernaturally struck dead? On live TV?

1Now when the people saw that Moses delayed to come down from the mountain, the people assembled about Aaron and said to him, “Come, make us a god who will go before us; as for this Moses, the man who brought us up from the land of Egypt, we do not know what has become of him.” 2Aaron said to them, “Tear off the gold rings which are in the ears of your wives, your sons, and your daughters, and bring them to me.” 3Then all the people tore off the gold rings which were in their ears and brought them to Aaron. 4He took this from their hand, and fashioned it with a graving tool and made it into a molten calf; and they said, “This is your god, O Israel, who brought you up from the land of Egypt.” 5Now when Aaron saw this, he built an altar before it; and Aaron made a proclamation and said, “Tomorrow shall be a feast to the LORD.” 6So the next day they rose early and offered burnt offerings, and brought peace offerings; and the people sat down to eat and to drink, and rose up to play.
7Then the LORD spoke to Moses, “Go down at once, for your people, whom you brought up from the land of Egypt, have corrupted themselves. 8“They have quickly turned aside from the way which I commanded them. They have made for themselves a molten calf, and have worshiped it and have sacrificed to it and said, ‘This is your god, O Israel, who brought you up from the land of Egypt!’” 9The LORD said to Moses, “I have seen this people, and behold, they are an obstinate people. 10“Now then let Me alone, that My anger may burn against them and that I may destroy them; and I will make of you a great nation.”

11Then Moses entreated the LORD his God, and said, “O LORD, why does Your anger burn against Your people whom You have brought out from the land of Egypt with great power and with a mighty hand? 12“Why should the Egyptians speak, saying, ‘With evil intent He brought them out to kill them in the mountains and to destroy them from the face of the earth’? Turn from Your burning anger and change Your mind about doing harm to Your people. 13“Remember Abraham, Isaac, and Israel, Your servants to whom You swore by Yourself, and said to them, ‘I will multiply your descendants as the stars of the heavens, and all this land of which I have spoken I will give to your descendants, and they shall inherit it forever.’” 14So the LORD changed His mind about the harm which He said He would do to His people.

“A nation that kills its own children is a nation without God.”
St. John Paul II, Pope.

Eagle Forum as been fighting them for years. TN is now a HEATBEAT STATE.

My solution as to what to do with a semi med facility, turn them into BIRTHING CENTERS, AS they are basically set up as one with a few modifications, QUALITY MIDWIVES, OB/GYN ON CALL 4/7/365. Cheaper than a women’s hospital, maybe better.

Idiot’s where my granddaughter was born let her mom develop a fever, ignored the monitor, which kept slowing down, till it was near FLAT LINED. ENDED up C section because of their stupidity. NO OB/GYN available took them a hour to get 1 a hr to set up OR. SUPPOSED TO BE BEST IN MEMPHIS. BS.

Read this, and no one should have any doubt why the world is on fire.

14 posted on 03/27/2020 10:17:45 AM PDT by Toespi
[ Post Reply | Private Reply | To 1 | View Replies]
To: Morgana
One day those abortion doctors, nurses and baby-killing non-mothers will have to stand before their Maker and explain why they murdered God's most precious, innocent babies.

SHUDDER! I sure wouldn't want to be in their shoes.