Thomas Sowell: 'AT WHAT PRICE?' - The Difference Between Liberals and Conservatives
www.youtube.com ^ | Mar 17, 2010 | Thomas Sowell

Watch this 4 Minutes 32 Seconds of Video. The Difference Between Liberal and Conservative 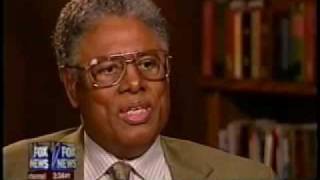 Fred Barnes: Yeah, you were in your early years, you were a a Marxist.

Thomas Sowell: Ah … I took a job in the government.
I was still a Marxists.
But uh, one summer of working in the government was enough to uh in turn … start, start, in turn, start turning me around. I went through the University of Chicago as a Marxist. After a year of uh … studying under Milton FriedmanFred Barnes: Really? What happened to you there?

Thomas Sowell: Nothing hastened to me, but that I realized that the government was no where close to being capable of doing what people of the left wanted the government to do.
And in fact, we'd be lucky if they didn't make things worse.
For example, I was in the Labor Department, and uh they administered the Minimum Wage Law.
Ah to me the question was "did Minimum Wage Laws make poor people better off or worse off?"

Fred Barnes: And you …

Thomas Sowell: That was not the question for them.
The Minimum Wage Law provided one third of their tot … total budget.
And they weren't going to look at this in, in this other way, and as I tried to get into this in the question of "Does this cause unemployment?" and stuff like that,
there was no enthusiasm whatsoever for that whole line of reasoning.

Fred Barnes:Ah, You've written a trilogy of books about, about people you call "The Anointed" ...

Fred Barnes: … Of which are people who are … basically liberals …

Fred Barnes: … in American society.
What are you, what are you …Are you … What do you mean by calling them "Anointed" or "Self-Anointed"?

Thomas Sowell: That's right?
Uh, there, there are people who seriously believe that they are 'wiser and noblier' than others, that the way to improve society is to have the government force people to follow what "The Anointed" want, rather than to let the people do what they themselves want to do.
And uh, there are all kinds of theoascoes that follow in the wake of this kind, this kind of notion.

Fred Barnes: Conservatives are … are routinely blamed for not caring about people and yet, you say just the opposite is true, that it's liberals who care about "their vision" of how the world should be, …

Fred Barnes: … but not about real life human beings.


Thomas Sowell: Absolutely. I think the bussing thing was a classic example.
You'd be hard pressed to show how black people, white people, or any other people ,,,

Thomas Sowell: were benefitted by this.
But the liberals love it.
It enabled them to 'morally superior' to those who are fighting against bussing.
And, and the evidence, one way or the other, really did not interest them.

Fred Barnes: … And saying Walmart pays its employees too little.
Uh, I mean that's a nice thing to be for.
I mean you want more money for people who work at Walmart.
What's wrong with that?

Thomas Sowell: Hey, I want more money for myself. I uh, I (ha ha)
But that doesn't mean that someone else has the obligation to pay it.
Uh, if you're paying people for their work, instead of just paying them for what they think that they need,
ah, then clearly these people wouldn't be working for Walmart, if someone else thought their worth was worth more than Walmart is paying.

Fred Barnes: So uh, why, why do think liberals have jumped on Walmart? Uh, because of its success?

Thomas Sowell: Because of its success. That's a, that a sufficient reason.
Uh, they … are really are for helping … they're for helping 'people who are disadvantaged' as they put it.

Thomas Sowell: … Uh, whereas I think conservatives, conservatives want to stop people from being disadvantaged.
You know, the university, the liberals want to help the poor while they're poor.
But really, the biggest benefit is to stop them from being poor.
And that, they have very title in terse in.

Fred Barnes: What is the liberal premise? 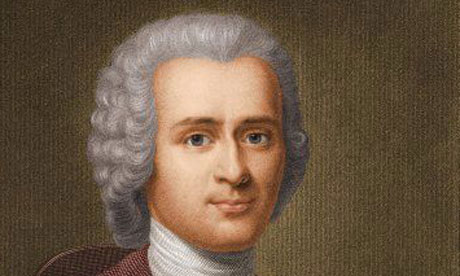 Thomas Sowell: I …Uh, I guess, uh, the Rousseau notion, you know,

"that man is born free, but is everywhere in chains"

that the real problem with the world is that the institutions are wrong.
If the institutions were right, then man … there were nothing in human nature that would cause us to be unhappy.
It's the fact that we have the wrong institutions.

Fred Barnes: What is the conservative premise? …

Thomas Sowell: That the man is flawed from uh, from day one.
And that uh … you, …there are no solutions, there are only trade-offs.
And that whatever you do to deal with one of man's flaws, it creates another problem.
But that you try to get the best trade-off that you can get.
And that's all you can hope for.
Uh, I've often said that …there are three questions that I think would destroy most of the arguments on the left, and the first is that uh,

And the third is

"What hard evidence do you have?"

Ah, there are very few ideas on the left that can pass all three of those kinds of things.

Thomas Sowell: Yes, I think so, because they, they don't ASSUME that there, that there is a solution out there.
You know, Adam Smith didn't believe that the, uh that either the government or the market could solve all the problems .
That you have to be able to simply tolerate certain things.
Ah, And the idea to the left of tolerating any evil, you know, they want to stamp out the last vestige of segregation.

Really? AT WHAT PRICE?

There is an old saying, that if you are not a liberal when you are young, you have no heart.

And if you are not a conservative when you are old, you have no brain.

I guess I have no heart.

and I can’t recommend that this transcript get an editor highly enough.

I haven’t any quotes to affirm my conclusions about Sowell,
but there’s no way he can have this much truth about the nature of Man without the basic assumptions that you find in the Bible.

Yeah, me neither. #Heartless

It’s really a shame that this man is not held up as a positive role model in the Black community.

9 posted on 02/04/2013 8:36:01 AM PST by Lake Living
[ Post Reply | Private Reply | To 1 | View Replies]
To: GSWarrior
Liberals, especially black liberals, like con artist Jessie Jackson and Al Sharpton, can't abide truth tellers.
They would lose their income if blacks in general, figure out how the Democrats COMMUNISTS are playing them like pawns.
"Dey gotta keep 'dem suckas stooo-peeeed"

"MERCY to the guilty

IS CRUELTY to the innocent." -- Adam Smith"

There is an old saying, that if you are not a liberal when you are young, you have no heart.

And if you are not a conservative when you are old, you have no brain.

I guess I was a heartless b!tch when I was young...

And the third is

"What hard evidence do you have?"

Ah, there are very few ideas on the left that can pass all three of those kinds of things.

I wrote them down with that in mind.

I shall keep those in mind.

I would second this... but I think the "trilogy" as shown is out of order. "Conflict" first, "Quest" second, "Vision" third.

All three are excellent and stand by themselves.

Here is what I will post if I’m still FReeping when the dolorous day arrives that we can no longer look forward to hearing further wisdom from Thomas Sowell in this vale of tears:

Nobody can afford the time to check out every claim of what "studies prove." Even with the help of outstanding research assistants, I can only check out some.

However, the big television and print media have ample financial resources to check out claims before they present them to the public as "news." But when "60 Minutes" didn't bother before basing a story about President Bush's national guard service on a forged document, do not look for a lot of zeal for facts when that could kill a juicy story or the political spin accompanying it.

Let's face it. There is not much pay-off to checking original sources.

Once a minister was explaining to me the structure of his funeral orations. He said, "At this point, you are expected to say something good about the deceased. Now, Tom, if I were preaching your funeral, what would I say good about you at that point?”

He thought and thought -- for an embarrassingly long time. Finally, he said gravely: "In his research, he always used original sources.”

Oh, and if you are “fortunate” enough to read it before and after your salvation experience, so much the better - you get two perspectives on the truth.