Give Up Your Guns Because Democrats Will Totally Protect You
Townhall.com ^ | June 1, 2020 | Kurt Schlichter

Watching the Minneapolis Police Department abandon its precinct to the torch and crowbar-wielding peaceful protesters in that Democrat-run state and city, my first thought was that I should disarm. After all, I have been reliably informed by our smart and competent elite betters that I don’t need firearms because the police will protect me, and I am sure that even though they can’t defend their own police station they will absolutely defend me, my family, and our pet unicorn Chet.

Confusingly, I have also been reliably informed that the police are evil monsters of racism and badness and that they should be the only ones with guns because of reasons that I am not clear on, but I do know that our smart and competent elite betters know better. If you have any doubts about that, just look at the urban paradise that is progressive Minneapolis. I hear the zoo has a new unicorn exhibit.

But hey, what do you expect of a place that elects noted sister-wife Ilhan Omar?

Now, if I was cynical, I might doubt both the intentions and the competence of the Democrat elite and its media minions, who stood in front of burning and looted buildings solemnly informing us that the people contributing to the conflagration were socially-conscious activists registering their dissatisfaction with the Democratic city’s policing tactics by stealing big screen Vizios and bottles of Jack Daniels. There was a lot of giddy joy in the destruction among the blue check nomenklatura, at least until the peaceful protestors tried to peacefully burn down CNN and turn Tater Stelter into a French fry. Violence is so much more fun when it’s not you being violated.

In any case, our liberal elite handled this crisis about as well as the blue state govs handled the pangolin pneumonia – terribly. Cowardice, incompetence, moral illiteracy. You would feel sorrier for the urban victims of these Democrat clowns if these urban victims of these Democrat clowns hadn’t gone and elected and reelected these Democrat clowns. Weird how none of this is going on in a city controlled by Republicans, but don’t worry – the garbage media was there to assure us that this is all Donald Trump’s fault because of course it was. It’s all lies, but lies about Trump are all the Dems and media have.

Despite their compelling argument to the contrary – that we normal Americans, the kind that don’t riot, are a bunch of racist, Jesus-loving Neanderthals who should be grateful for the elite’s benevolent rule over us and anything that goes wrong is because the Orange Man is Bad – I still tend to think that we ought to keep our guns. In fact, I think we healthy, law-abiding citizens all ought to buy guns and ammunition, preferably in bulk.

I would prefer not to be at the mercy of people who hate me and deny that I have any rights or legitimate interests. In fact, I am going to have to insist that I not be at their mercy. And the way to do that is to deny these aspiring oppressors a monopoly on force, just like the Founders envisioned.

But isn’t this idea of militant American citizens packing heat for freedom an anachronism? Only to people who never heard of Vietnam or Afghanistan. One of my favorite aspects of social media life is hearing from futon fighting force generals who have never fired a gun and are even afraid to play Call of Duty because it reinforces patriarchal gender roles. Their insight, when one mentions the need of all healthy, law-abiding citizens to buy guns and ammunition, is to insist that a bunch of civilians with AR-15s could never hope to prevail against the forces of the government which they hope to enlist in their cause of oppressing the American people. Except in Minneapolis, a bunch of disorganized scumbags packing torches and crowbars just ran a precinct of cops out of their building.

Even adjusting for the manifest incompetence of the Minneapolis PD, starting with the mayor and working on down to the flatfoots who apparently don’t understand the concept of breathing, that’s not exactly a ringing endorsement of the idea that we might as well just give up our rights if the fearsome agents of tyranny so demand. The fact is that an armed population is an essentially unbeatable force that would outnumber and outgun any outlaws claiming government authority who chose to violate their oath and wage war upon American citizens.

Hell, in Minneapolis, a bunch of knuckleheads basically raised their voices and won. Despite the protests of the Prissy Pattons of Progressivism, a bunch of citizens with rifles (many of whom are vets) is a pretty fantastic deterrent to those who think they can steal our liberty.

The Chinese coronavirus fiasco, the shocking killing of George Floyd, and the riots resulting from Democrat failure have taught the American people several things. One is that a surprising and sad number of law enforcement officers are willing to follow cheesy, stupid, and unconstitutional orders. A quick tour of social media will horrify you with the damage done to that support by video of stupid cops hassling civilians for going outside or trying to attend church. The people who long backed the blue feel stabbed in the back, and LEOs are going to have to work to earn back the support they lost because a lot of their comrades sided with Democrat bullies against the people.

Similarly, we have learned that the police are not necessarily going to be there for us. From that gooey tub of cowardice in Florida who let kids be murdered while he stood with a weapon outside the school – I can’t even type those words without sputtering in rage – to the MPD running away and letting criminals burn their building, do you feel comfortable putting your lives in the hands of such government employees? The one inspirational sight during the riots was a bunch of black Americans with modern rifles defending their businesses. That’s so American that it couldn’t be more American if there were eagles, a 1964 Mustang, and a Ted Nugent soundtrack cranking. 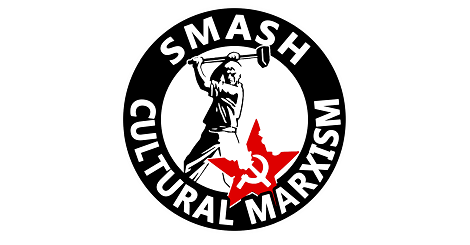 See my tag line, folks. i trust you heed my suggestion.

The rat politicians and thier criminal cohorts are opening the jails, agreeing with the looters and rioters, and wanting to take your guns away from you. need more evidence

Democrats have chosen to be unconscious about many realities like the most effeminated and crazy of spouses. And these same feminist psychopaths rule many many spheres of society.

THey only selectively choose to be outraged and conscious of red herrings like CLimate Change or race issues. We know the race issue in this cop crime is non existent. Where is the hate crime evidence? THe hate crime charges?

It is not about race, it is about a totalitarian mindset by a cop with a chip on his shoulder and such a know it all attitude that no one could persuade him to stop. RAce is way down the list of circumstantial evidences in this crime as a factor.

But that is all they care about, being conscious of red herring feelings so as to hide the consciousness about their psychopathic totalitarian censoring intents.

6 posted on 06/01/2020 4:11:42 AM PDT by JudgemAll (Democrats Fed. job-security in hatse:hypocrites must be gay like us or be tested/crucified)
[ Post Reply | Private Reply | To 1 | View Replies]
To: Bullish
30 million or so gun owners out here are pretty safe and sane with their firearms.

Your figures are out of date.

The minimum number of gun owners in the United States is more than 100 million. The number is growing.

Indeed. THat releasing of jail birds is a more relevant evidence that they were concocting something ahead to unleash looters . Race is the red herring issue.

I’m not sure where it was, but my wife was reading about some gal that called 911 telling them that some armed neighbors were confronting looters.

911 told her no police were available as they are dealing with the riots. Deal with it yourself.

In Bellevue, Washington (city near me) some video showed a family with the son and dad armed with AR-15’s and their cars blocking the entrance to their cul-de-sac in a very nice neighborhood - probably a half-mile from the mall that got looted. (I think the mom was even holding the lap dog - which is so typical!)

That is the narrative being pushed.

More and more exculpatory evidence is coming in.

We have been lied to and played.

You would think we would learn to call for the rule of law, the presentation of evidence, and due process, before we emotionally allow ourselves to be played.

The strenuous resistance to the police is likely part of the reason George Floyd died. The weight of the evidence is now showing the police did not kill him.

George Floyd resisted being put in the police car, rather strongly.

Reportedly, George was 6'6". He was very muscular.

Four officers attempted to subdue George and put him in the police car. They couldn't do it.

They could not secure (get him in a seat belt) inside the police car. Very difficult to do with anyone who is fighting you, let alone a 6’7” extremely muscular man who is acting irrationally. Remember Freddy Grey? An unsecured suspect lead to criminal charges.

The [police realized he had medical, and probably drug issues, and called for an ambulance. They actually could not find a pulse for a little bit, then he became conscious, again. Then they restrained him for the 8 minutes and 43 seconds it took for the ambulance to arrive. That is why three officers are on top of him.

Shortly after they gave up putting him in the car, he collapsed, and they checked his pulse.

They could not find one, so they called an ambulance.

In the video, one officer, responding to the suggestion that George be put in the police car, said "We just tried to put him in the car for ten minutes."

Some outlets cut off the video before that exchange takes place.

It has been reported that,sometime during the struggle to put George in the police car, while standing, George said "I can't breathe".

Video can be misleading.

Neck restraints are sanctioned by the Minneapolis P.D. They can be seen on its web page.

The police have not been absolved of all responsibility, but more and more, it appears they acted responsibly in a difficult and dangerous situation.

Use your “gov’t” stimulus check to support the 2A and purchase protection for your family.

Then thank Nancy and up-Chuck for the money.

Give me two good reasons anyone would need a magazine with more than five rounds.
13 posted on 06/01/2020 4:38:08 AM PDT by Lonesome in Massachussets ("Women's intuition" gave us the Salem witch trials and Kavanaugh hearings. Change my mind.)
[ Post Reply | Private Reply | To 1 | View Replies]
To: Kaslin

My great-great-grandfather commanded the 8th Precinct during the Civil War draft riots. These punks are pushovers compared to the gangs of New York, circa 1863.

I’ve said it several times. If anybody wonders why the American people own over 16 million AR-15s, the last few days are the answer.

Look for it SOON!

And what she did.

Yeah after seeing police nationwide ignore rampant criminal acts, I was wondering where I could turn in my firearm...