Satanism & the Eucharist [Satan knows the Truth. Do you?]
saintfactory.com ^ | Father Andrew Trapp

During my parish work last summer in France, one of my responsibilities was participating in a weekly prayer group for young adults who had fallen away from the Church. The last meeting of the summer, one of the guys made a surprising revelation to us all: before his conversion, he had been a full-fledged Satanist.

This reflection is the true story of that conversation and what I learned from it.

One of the most chilling moments in The Passion was during the Lord’s scourging, when Satan appears cradling a baby who slowly turns to reveal a hideous face. Here Satan is mocking Jesus and Mary by presenting himself as a twisted sort of “anti” Madonna and Child, as if to proclaim that he and his offspring have won, and not the woman and her offspring as foretold in Genesis 3:15. This is how the Evil One loves to work—Satan loves to mock God by imitating the holy and twisting it in a sick way. This past summer I was struck with this truth in a totally new way.

Nicolas had been a part of the prayer group all year long, but this was the first time that he had talked about his life before his conversion. He told us about how he became involved in Satanism while in his late teens. It enslaved him, bringing despair and utter loneliness to his life, to the point where he was tormented with thoughts of suicide. He felt trapped and helpless in its grasp. It was only through the constant prayers of his mother that he was finally freed from this slavery a couple of years ago, and he began to give his life back to Christ.

I had never met anyone like Nicolas, openly admitting a past involvement in Satanism. After the initial shock, I bombarded him with three questions, one after another. First, how did they ‘worship’ Satan? I had always heard that it was not anything like worshipping an image of Satan or singing hymns, but by having a so-called “Black Mass.” In other words, their entire service is a mockery of the Catholic Mass. Was this true, I asked him? Not a Protestant preaching service, not a Buddhist temple ritual, but an explicit mockery of our Mass? “Yes,” Nicolas told us, “that is true.”

I had also heard, I continued, that Satanists steal consecrated communion bread from their local Catholic churches which they desecrate at these black services. For example, I have heard of Catholic parishes where this is such a problem that the pastor is forced to post special attendants during Holy Communion who watch to make sure that no one receives the Eucharist and walks away without consuming the host. The Satanists take these consecrated hosts to their services—these wafers of “bread” that Catholics believe have been miraculously transformed by the Holy Spirit into the Body and Blood of our Lord Jesus Christ—and desecrate them with spit, bodily waste, and other such unimaginable blasphemies. Before your conversion, I asked Nicolas, did you and your fellow Satanists steal consecrated hosts for this purpose? “Yes,” Nicolas answered, “we did.”

The poor guy probably felt like he was being interrogated by the CIA by this point, but knowing that I might never have this opportunity again, I asked Nicolas one final question. I told him that I had also heard that those who were very deep in Satanism could actually tell whether a communion host had been consecrated or not. For example, they will not steal communion bread from Protestant communion meals, nor will they steal unblessed communion bread for desecration at these “Black Masses.” It would not work because some of the Satanists would immediately recognize that it was just ordinary bread. They would be able to tell that Jesus Christ was not sacramentally present there.

I asked Nicolas whether this also was true. He again replied that it is, and he told us that he could do this himself before his conversion from Satanism. A chill went down my spine. If someone were to put ten identical communion hosts in front of him, nine unconsecrated and one consecrated, he would have been able to point directly and immediately to the host that had been consecrated. I asked him in amazement, “But how were you able to know?!?” He looked at me and the words he spoke are forever burned in my memory: “Because of the hate,” he said. “Because of the burning hate I would feel toward that host, apart from all the others.”

His words hit me like a baseball bat. Some of the saints also had this mystical knowledge of the Lord’s Eucharistic presence, but this knowledge flowed from their deep union with Christ. Nicolas, on the other hand, knew Christ’s presence because his worship of Satan had worked the opposite mystical connection to the Eucharist—he knew Jesus was there not because of his love for Jesus, but because of his deep hate. It makes my skin crawl just to think about such hatred.

This is how Satan operates. He loves to mock whatever is holy and sacred, to imitate the truth and twist it in a perverse way. The Mass is the most sacred prayer on earth, the most awesome way for us Christians to offer worship to our Lord, so Satan has his followers worship him through a mockery of that prayer. Instead of lifting the Eucharist high with adoration and loving reverence, the Eucharist is thrown to the ground with loathing and derision. Rather than knowing Christ’s true presence in the sacrament through their love, they perversely recognize Christ’s presence through their hatred.

Let’s not pretend otherwise—it is scary to hear a story like Nicolas’. It is terrifying to realize that such evil exists in this world. But more than frighten us, his testimony should give us hope, comfort, and strength. Satan does exist and he is powerful, but Jesus Christ is infinitely more powerful. Even the most wicked sinner can be brought back to the love of the Lord, through Christ’s grace and through the prayers of believers (like Nicolas’ mother!) If Satan so despises the Mass, then we should be moved to even greater devotion, preparation, and participation in Mass. If Satan so despises the Lord’s true presence in the Eucharist, then our hearts should burn with even greater love and thirst for worthily receiving Jesus in the Blessed Sacrament. “Lord, I am not worthy to receive you, but only say the word and I shall be healed.”

Did you ask him what he thinks of Presbyterians?

2 posted on 01/30/2014 10:09:36 AM PST by humblegunner
[ Post Reply | Private Reply | To 1 | View Replies]
To: Brian Kopp DPM
I owe much of my return to the Catholic Church to an extraordinary family in the Church of God in Christ (COGIC, a largely black Pentecostal denomination) back in my home town. Very holy, and intelligent, and dedicated to Our Lord in service and love. They inspired me back into the Faith.

They encountered raw Satanism while doing mission work for the COGIC in Haiti. They themselves never converted to Catholicism that I know of --- we've been out of touch --- but Mrs. K. started attending the Mass on a fairly frequent basis. Her only explanation was, "I need the Lord, I need the strength."

The Catholics are not the only Christians who believe Christ’s consecrated bread and wine contain His “Real Presence.”

Various Orthodox churches, Anglicans, Episcopalians, and Lutherans all do.

Mat_15:14 Let them alone: they be blind leaders of the blind. And if the blind lead the blind, both shall fall into the ditch.

I told him that I had also heard that those who were very deep in Satanism could actually tell whether a communion host had been consecrated or not. For example, they will not steal communion bread from Protestant communion meals, nor will they steal unblessed communion bread for desecration at these “Black Masses.” It would not work because some of the Satanists would immediately recognize that it was just ordinary bread.


As soon as I started reading I was looking for this and found it.


This is an anti-protestant article. Nothing personal. Just calling it what it is.

On a side note, I found the very beginning kind of comical when he said he “bombarded” him with three questions. Three questions does not a bombardment make.

Too darn much hyperbole in this article. I know the writer is just trying to make it interesting, but it’s over the top.

The satanist says they didn’t steal communion bread from protestant sects, as it was not seen as the real Jesus. Interesting testimony.

same question to you too cuban..

do you hate the consecrated Eucharist of the Catholic Church? 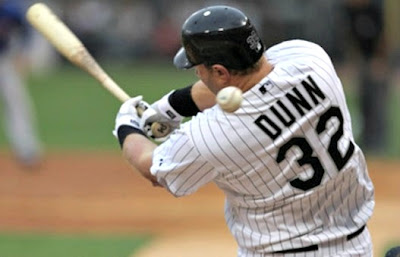 do you hate the consecrated Eucharist of the Catholic Church?


I take Jesus’ cue. As often as I do it, I do it in remembrance of Him. This means that, as Jesus’ disciples did, sometimes my wife and I will take communion after a meal.

One of the cool things about communion is that the instructions were so simple that even after two millennia it need not be corrupted by man. The activity is simple. It’s message is simple, and it is the symbol of the core of Christianity. For me it is part of the proof of the truth of Jesus and His purpose.

If the “Catholic Church” has become a god to you, then you have a very big problem.

Don’t be distracted by the traditions of men.

A few years ago, a group of Occultists broke into my home LCMS parish in Nebraska and stole all the hosts.

The Catholics are not the only Christians who believe Christ’s consecrated bread and wine contain His “Real Presence.”


I don’t. I see it as a symbol. A very simple symbol that can’t be corrupted and contains in it the symbol of the the core teaching of Christianity and the very thing that makes it unique when compared to all the man-made religions - grace and its source.

Since we have no way of testing the former Satanist’s claims, I guess we just take his word that he could tell which host was which.

Are you saying that some Protestants believe that Communion really IS the body and blood of Christ? I ask simply because I am not familiar with this.

But the Real Sacramental Presence actually being there, is known by demons. And hence, the hate.

Since we have no way of testing the former Satanist’s claims, I guess we just take his word that he could tell which host was which.


What I’ve not mentioned is that I used to know a guy who claimed to be an ex-warlock but had become a Christian. The stories he would tell would make the hair on the back of you neck stand up. Like the source of the material in this story, he was an “ex satanist” whou had become a Christian. But he went to an Assembly of God church.

But I actually KNOW the one guy and could challenge the veracity of his story, which I did. All I can do with this one is accept or reject it at face value.

BTW, I went with a large church group to see The Passion. I was the only one that had a problem with a movie depicting, in overtly graphic detail and for entertainment, the torture of my Lord. It disgusted me.