As reported on his blog and on numerous other blogs and websites, David Domet of Vox Cantoris has been threatened by Fr. Thomas Rosica CSB, CEO of Salt and Light TV and the English-language "Assistant" to Fr. Federico Lombardi, with legal action due to Mr. Domet's posts versus some of Rosica's statements relating to the Synod on the Family.

It is important to note that Vox Cantoris' posts and analyses of Fr. Rosica's statements have all been limited to criticizing the latter's words of support for "pastoral" changes that undermine Catholic doctrine (the spiritual attitude Cardinal Sarah, Prefect for Divine Worship, has just now called a heresy), while Rosica was already performing official duties as one of the Church's clerical "media men" and the most prominent spokesmen in the English language, support for which he has never been publicly rebuked or criticized by his superiors.

The spiritual government that is currently being exercised in the name of "mercy", of "openness", of "tolerance" in the Church is clearly against the very same values that it purports to defend and which by this very fact stands revealed as the desperate actions of one party inside the Church against the continuing power and influence of Catholic orthodoxy. They are desperate because they know that, historically, they are in a terminal position, as those of the dying religious orders they have managed to ruin. One cannot see in this action against Mr. Domet but yet another manifestation of the current reality: mercy, compassion, a new "welcome", but only for one side, the side of shameless hypocrisy, the side that is dying, the side of death.

In this one-sided pressure against a simple small Canadian blogger, not a big media organization, but one layman with no lawyers and no liability insurance, a pressure whose effect is to force him into silence, there is a tiny glimpse of what poor Benedict XVI must have endured, which prompted his request to the faithful since day one for prayers so that he would not "flee for fear of the wolves." One can only imagine what the Pope Emeritus was forced to bear during seven years. The agents of silence and death will not prevail -- they never did, not even on Good Friday, when such an agent had infiltrated the Apostolic College itself.

Mr. Domet may be silenced, as many others fighting for life and light. Yet, even "if they keep quiet, the stones will cry out." (cf. Lk 19:40) 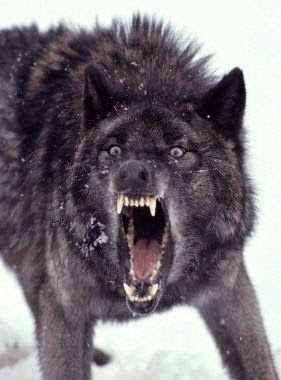 ...Rosica was already performing official duties as one of the Church's clerical "media men" and the most prominent spokesmen in the English language...

Makes me wonder if Fr. Rosica has ever purposely mistranslated anything in order to further that agenda...