Another Racist Video From Joe Biden Resurface: You cannot go to a 7-11 or a Dunkin Donuts unless you have a slight Indian accent
Conservative US ^ | 05.23.2020 | Alex Hall

CNN waited 12 hours to cover Joe Biden’s “you ain’t black” comment — while ABC, CBS, and NBC averaged only one minute of discussion about his shocking remarks. During an appearance on the Breakfast Club radio show on Friday, the presumptive Democrat nominee told the black host, Charlamagne Tha God, that if you choose Trump over him, “you ain’t black.” The comment rapidly went viral and drew condemnation from both sides of the aisle. But mainstream media cover-up and Biden’s racist comments are not new.

In 2006 Biden said: “You can’t go to a 7-Eleven or a Dunkin Donuts unless you have a slight Indian accent”

Biden, then a senator of Delaware, can be seen in a clip talking to a man who appears to be of Indian descent. “In Delaware the largest growth in population is Indian Americans,” Biden said. “You cannot go to a 7-11 or a Dunkin Donuts unless you have a slight Indian accent. I’m not joking.”

Before Trump was elected President, everyone knew about Trump, they knew the things he had said and done.

Trump’s life has been no secret.

Since becoming President we are told daily what he says and does.

One thing about Biden when he says something like he did here media wants to call it a Gaffe, but it sounds like that is what he thinks and believes. He always wants to fight those who disagree with him, plus he likes groping young girls. Too many times he has put blacks down. If a republican were to say or do what Biden has, there would be hell to pay. Some people don’t like all that Trump tweets, for some Trump was not the first choice as President, but he sure seems to be for America and its citizens, while democrats are more concerned with illegal aliens and countries who hate us.

Any mention of a gas station ala Bill Clinton’s wife?

old news that the media ignored during the 2008 campaign

The cork is out of the lamp and now will flow all them racist things old plugs has said (and recorded) in his long junket as a paid permanent vote place-holder since his early adulthood. 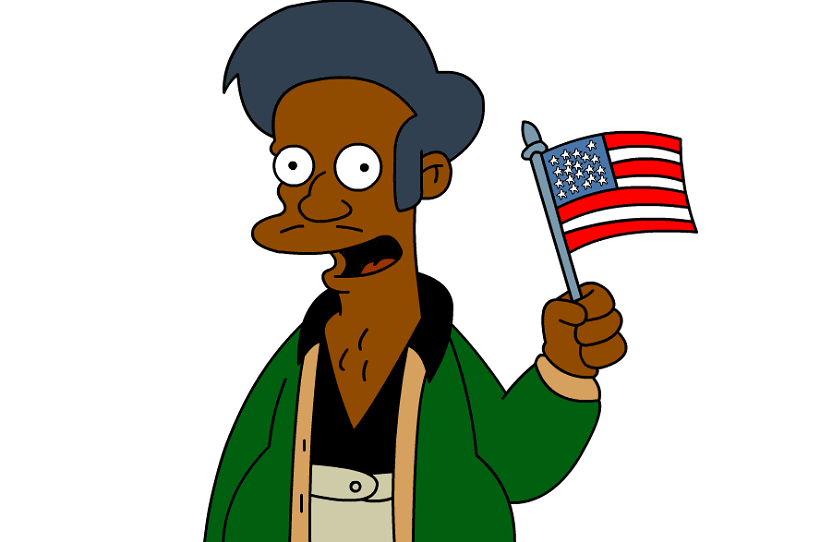 I just went through the bedroom and hubby’s TV had Fox news screaming BIDEN LEADS TRUMP!!!

Actually, in many areas of the country, a very large percentage of convenience stores and second-tier motels are owned by Indians/Goans/Pakistanis.

Way back in 1984 I took a language learning course and did my practice lessons in Gujarati, a language of western India. I’ve been able to practice my Gujarati many, many times at motels and convenience stores. If I see a clerk or receptionist that looks south Asian, I’ll greet them in Gujarati. The majority of the time, after a look of surprise, they respond in Gujarati, with a big smile and lots of questions as to how I speak Gujarati. (I speak very little past basic greetings, hometown, etc.)

Biden’s statement was NOT racist, just a fairly accurate observation.

Joe Biden is a very callous racist, and he does not even realize the blatant display even as he is mouthing it. Only when someone points it out later to him, does he get the “Unh-oh” moment, then he scrambles around with some horse-feces excuse, and others say, “That’s just Joe being Joe.”

There is only just so much of “Joe being Joe” the world can take.

Yes indeed. This is a deep cut from the '08 race that - unfortunately - went largely unnoticed (Unlike the infamous "macaca" comment from a few years earlier made by Republican, George Allen)

I used this as an example to explain to an Indian, former co-worker of mine (still a friend to this day), how the media selectively covers comments made politicians and the "news" in general.

At first; he didn't believe me, so I told him to google: 'Joe Biden Indian accent' and he was stunned. It was a real "red pill" moment for him. I also told him to google: 'Hillary Clinton Gandhi gas station' for yet another insensitive comment/joke that he never heard about because it was uttered by a democrat. He knew full well if that same 'joke' had been made by a Republican; it would have been covered 24-7 by cable news.

It's amazing how many people still think that media has no agenda and just calls "balls & strikes". If the talking heads on TV don't mention it; then it wasn't important.

Oh. Pshaw. As if leftists care.

Biden 2008: “I mean, you got the first mainstream African-American who is articulate and bright and clean and a nice-looking guy,” Biden said. “I mean, that’s a storybook, man.”

Our local San Francisco conservative radio station here .KSFO 560 , Brian Sussman , has been playing that clip for a decade or more now -

that poor guy ; the radio thing finally got to him and he had to quit now we got Armstrong and Getty

i disagree- it was well noticed but ignored. Obama also said at during that campaign, “my grandmother was a typical white person,” and it got the same reaction- nada...

what you say is true but is not politically correct. Much the same as not college educated white voters was spewed endlessly but no mention of non high school educated blacks.

There’s the Cspan video from the 1980s where he is quite comfortable not censoring the N-word, not once, but twice.

He also lied about NAACP endorsements every election because they do not endorse candidates. Has he been called on it by the media?

At some point the apologists can’t mask what Biden has been telling us about how he really feels about non-whites.