As if we didn’t have enough already going on in 2020, now we are facing the possibility that several regional wars may erupt. China and India had both been pouring troops into a disputed border region, and now there has been an incident where they were actually killing each other. On the Korean peninsula, North Korea just blew up “a joint liaison office” that it had used for talks with the South Korean government. And in the Middle East, Turkey is warning of grave consequences if Israel goes ahead with a plan to annex portions of Judea and Samaria. If a major regional war erupts at even one of these flashpoints, it will be another devastating blow for a global economy that is already imploding, and there is a very strong probability that the U.S. and other major western powers could be drawn into the conflict. 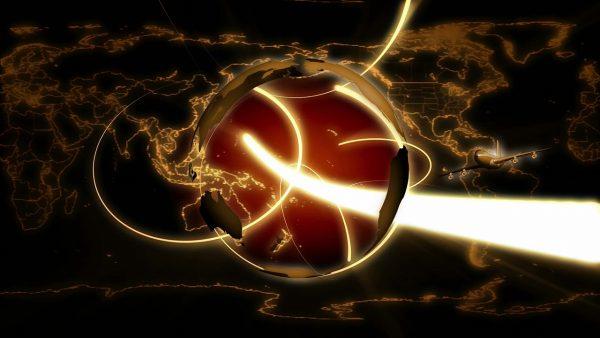 Right now, most Americans are focused on our internal problems, and so they are paying very little attention to the growing crisis on the border between China and India.

Both nations had sent substantial contingents of troops to an area of the border that has long been disputed, and a meeting that was supposed to defuse tensions actually resulted in soldiers killing one another…

Chinese state media described the incident Monday night in the Galwan River valley where both countries have deployed troops in recent weeks as “the most serious clash between Chinese and Indian soldiers so far,” confirming casualties but offering no further details about them. Indian government sources speaking on the condition of anonymity told The Times of India that 20 Indian army personnel had died in the fighting.

American intelligence believes 35 Chinese troops died, including one senior officer, a source familiar with that assessment tells U.S. News. The incident took place during a meeting in the mountainous region between the two sides – both of which had agreed to disarm – to determine how the two militaries would safely withdraw their presences from the region.

This is the very first time in decades that Chinese and Indian troops have killed each other, and apparently very little shooting was involved…

The meeting grew tense and resulted in a physical confrontation between the troops. According to the assessment, all of the casualties were from the use of batons and knives and from falls from the steep topography, the source says.

That sounds like a scene from an overly gory Hollywood war movie, but reportedly this actually happened.

Hopefully the leaders of the two nations will be able to cool tensions for a while, but the Chinese have a very long history of very bitter border disputes with their neighbors, and without a doubt China will continue to make attempts to exercise sovereignty over this area.

Meanwhile, tensions on the Korean peninsula have risen to a level that we haven’t seen in many, many years. On Tuesday, North Korea actually blew up a building that had been used for negotiations with South Korea…

North Korea has blown up a joint liaison office used for talks between itself and South Korea, the latest sign that ties between the two longtime adversaries are rapidly deteriorating.

North Korean state media reported that the four-story building, which is located in the town of Kaesong just north of the demilitarized zone that divides the two Koreas, was “completely destroyed by a “terrific explosion” at 2:50 p.m. local time.

That is certainly one way to make a statement.

And this comes just days after Kim Jong Un’s sister, Kim Yo Jong, had issued a very ominous warning…

In a cryptic statement late Saturday, Kim Yo Jong vowed her country would “soon take a next action” against South Korea — a move she suggested would be carried out by the country’s military.

“By exercising my power authorized by the Supreme Leader, our Party and the state, I gave an instruction to the arms of the department in charge of the affairs with enemy to decisively carry out the next action,” Kim said in the state-run Korean Central News Agency.

All of a sudden, North Korea’s approach to relations with South Korea has dramatically shifted, and that shift has coincided with Kim Yo Jong taking a much more prominent role in national affairs.

I believe that there is much more going on in North Korea than we are being told, and Kim Yo Jong appears to favor a much more militant approach than what we have become accustomed to in recent years.

Over in the Middle East, the Times of Israel is reporting that the IDF is gearing up for a “state of war” as Israel prepares to annex portions of Judea and Samaria…

Just over two weeks before a possible Israeli annexation of some as-yet unspecified portion of the West Bank, the Israel Defense Forces is preparing for a wide range of scenarios for potential regional fallout — up to and including a large-scale wave of terror attacks — while still not being told exactly what the government has in mind.

The military is gearing up for possible massive unrest, Channel 12 reported Sunday evening, including what it is calling a potential “state of war” characterized by a Second Intifada-style onslaught of suicide bombing attacks.

This week, Israeli Prime Minister Benjamin Netanyahu once again made it clear that he does not intend to alter his plans, and that means that the process of annexation could start as soon as the beginning of July.

A few weeks ago, I wrote an entire article about how this could potentially spark a major war in the region, and Arab leaders continue to make it clear that there will be “consequences” if Israel goes through with this…

Israel’s plan to extend its sovereignty to the Jordan Valley, and parts of Judea and Samaria, will “destroy all hopes” for lasting peace in the Middle East, Turkey’s top diplomat said on Wednesday.

“If the occupying power [Israel] crosses the red line, we [Muslim countries] must show that this will have consequences,” Turkish Foreign Minister Mevlut Cavusoglu said during a special meeting of the Organization of Islamic Cooperation Executive Committee, according to Turkey’s Anadolu Agency.

We shall see what happens.

I think that Netanyahu is convinced that Donald Trump is probably going to lose in November, and so that means that he probably believes that he only has a window of a few months in which he could annex portions of Judea and Samaria with U.S. support.

It appears that Netanyahu is absolutely determined to move forward, and it also appears that Israel’s Arab neighbors are prepared to respond very forcefully.

In just a few weeks, missiles could start flying back and forth, and the entire Middle East could erupt in flames.

This is such a critical time, and let us pray for peace.

But without a doubt we are living during a time of “wars and rumors of wars”, and it certainly isn’t going to take much to unleash a major conflict.

Bring it on. It’s getting boring around here.

Let’s see. I’ll put my money on the Sorks and the Jooz. Indians? Just because they have Colovito? They still need pitching. My money is on the Yankees.

Well the Jooz have Hank Goldberg and Sandy Koufax.

Throw some of that China/Hong Kong/Taiwan/Spratly Islands into the mix...

If China and India give it a go, I believe China will drop the leash on the Norks and have them attack SK, this preoccupying the US so we’re too busy to intervene on behalf of India.

Rocket Man, if he’s still sucking oxygen, is off playing with his harem while that bloodthirsty sister has been placed in charge. Smells like this was plan B if Corona didn’t work as well as they hoped.

Dick and cover, kiddies, and tune to your CONELRAD station.

Snyder is the man who keeps crying “Wolf!”.

df ya got me

Yes, Israel and Turkey, plus Iran, Russia, and all of the “stans” nations will be in what the Bible has in Ezekiel Chapters 38 and 39, the war of Gog and Maygog. It is coming. And Israel will not have to defend itself. The Bible says that GOD Himself will defend Israel in this war and it will bring Israel back to GOD by those who would believe. GOD will destroy 5/6ths of all the armies coming to Israel for this war. Scripture is clear on this. The 1/6th that survives are GOD’s messengers to their nations to NOT mess with His people, Israel. It is clearly written in the Holy Scriptures about this war. I believe it could be very near because of what is going on in the middle east and especially with Turkey strutting around like a Tom Turkey looking for the girls at mating time. Their dictator thinks he is the next coming of a great Assyrian king.

Kim yo jong ...where does this mousey little gook chick get off?

RE: I believe China will drop the leash on the Norks and have them attack SK,

We have scores of missiles aimed at North Korea. We could take out Pyong Yang in a jiffy if they attempted this s**t.

RE: Snyder is the man who keeps crying “Wolf!”.

He even has another website called THE ECONOMIC COLLAPSE BLOG that has been in existence for years.

I think it’s been there pre-Obama.

The islamonazi dictator in Turkey is always shooting his big bad mouth off threatening. No matter.

The following are lifted from his blog. I ignore all his stuff now. It’s too sensationalistic and it’s all clickbait. He is a Christian, though.

He ought to listen to the Sermon on the Mount, again.
Matthew 6:34:

“Therefore do not worry about tomorrow, for tomorrow will worry about itself. Each day has enough trouble of its own.”

No, The U.S. Economy Will Definitely Not Be Returning To “Normal”. In Fact, Things Will Soon Get Even Worse.

As The Stock Market Soars, The Numbers Say That The Real Economy Is In The Midst Of A Historic Crash

A ‘Biblical’ Plague Of Locusts Has Put Millions On The Brink Of Famine: “We Have Never, Ever Seen What We Have In The Last Six Months”

Most U.S. States Have ‘Reopened’ Their Economies, So Why Does Unemployment Continue To Spiral Out Of Control?

“Extreme Looting”: We Are Seeing Looters Use Absolutely Crazy Tactics That Have Never Been Seen Before

The Horrifying Civil Unrest We Have Been Warning You About Is Here, And America Is Literally Coming Apart At The Seams

There Will Be A Lot More Rioting, Looting And Civil Unrest As The U.S. Economy Continues To Crumble

Let’s not forget about Iran! Everybody’s gonna be invited to the party.