In 1944, the War Department Basic Field Manual FM 21-75, Infantry Scouting, Patrolling and Sniping defined the sniper as “… an expert rifleman, well qualified in scouting, whose duty is to pick off key enemy personnel who expose themselves. By eliminating enemy leaders and harassing the troops, sniping softens the enemy's resistance and weakens his morale.” That definition remains consistent through the broader history of sniping, before and since, whether the weapon was a crossbow or a high-powered, telescopically sighted rifle.

The sniper is an incredibly efficient fighter, compared to the typical infantryman. Consider that in World War II, American infantry units fired 25,000 rounds to kill just one enemy soldier. By the Korean War, that figure jumped to 50,000 rounds, and the select-fire M14 and M16 infantry rifles of the Vietnam War only seem to have produced more misses, requiring the expenditure of 200,000 rounds to kill one enemy combatant. Nowadays, it's a quarter million rounds of spraying and praying to kill a single Taliban.

By comparison, on average, a sniper requires only 1.3 bullets to kill an enemy. During the Vietnam War, it was noted on many occasions that a handful of snipers accounted for more enemy killed than the entire infantry battalion (and sometimes even regiment) they were assigned to.

It was the wildly disproportionate contribution of snipers in the Vietnam War that set the stage for the first permanent peacetime sniper training programs. The U.S. Marine Corps set theirs up first at Quantico, Va., in 1977, and the U.S. Army followed suit at Fort Benning, Ga., in 1985. Snipers were finally on the TO&E (Tables of Organization & Equipment) of combat units, which meant they would always be ready for deployment. The rigorous training programs ensured the accumulated knowledge, gained from combat experience, would be preserved and ready when it was needed.

The superior equipment, training and communication of today's snipers makes them the deadliest warriors on the battlefield. In Vietnam in 1967, USMC scout sniper legend Carlos Hathcock mounted a scope on an M2 .50-caliber heavy machine gun and used it to make the longest recorded sniper kill in history. His 2,286-meter record stood until 2002, when a Canadian sniper broke it by 24 meters in Afghanistan using a MacMillan Tac-50 bolt-action rifle in the same caliber. Hathcock's improvised, ultralong-range, sniping demonstration was a harbinger of things to come.

For the record, the credit for the farthest kill goes to British sniper Craig Harrison, who made an incredible 2,475-meter shot with an Accuracy International L115A3 rifle in .338 Lapua Magnum. The .338 Lapua round was designed to outrange the powerful .300 Winchester and extend the sniper’s lethality to 1,600 meters. Chief petty officer Chris Kyle used a McMillan Tac-338 bolt-action rifle in .338 Lapua Magnum to make his farthest kill, at 1,920 meters, against an enemy combatant about to fire an RPG at a passing American convoy. Read the rest of snipers.

We developed a rudimentary program based on the British Army in WW I, but discontinued it after the war was over because shooting people from a long distance was considered barbaric.

In WW II, we had to ramp up the sniper program again. After it was over, we shut it down. It finally opened up to stay during the Vietnam war.

I knew a Marine who used an actual .50 machine gun and single-shotted it as a sniper gun during the Korean War.

This jibes with my Army Ranger cousin telling me that it's amazing how many rounds could be fired on both sides and no one get hit on either side!

We used a modified M-14, the XM-21, with silencer and starlet scope in Nam. Very silent and accurate.

We need snipers more nowadays than ever before if you know what I mean.

We used a modified M-14, the XM-21, with silencer and starlite scope in Nam. Very silent and accurate.

7 posted on 06/19/2020 6:36:32 AM PDT by RobertoinAL
[ Post Reply | Private Reply | To 4 | View Replies]
To: libertylover
This jibes with my Army Ranger cousin telling me that it's amazing how many rounds could be fired on both sides and no one get hit on either side!

Anyone who grew up in the 80s knows this from watching the A-Team... 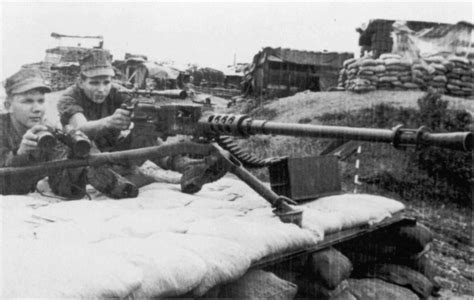 One reason Hayha did not use a scope is it allowed him to keep his head around 3 inches lower.

The last civil war began with cannon fire in Charleston harbor. The next will begin with a scoped rifle shot.

11 posted on 06/19/2020 6:45:46 AM PDT by allendale
[ Post Reply | Private Reply | To 6 | View Replies]
To: MuttTheHoople
Snipers were originally reviled. Soldiers on both sides in World I and II rarely captured snipers.

I think they still are.

Thanks, yarddog. I did not know that. BUMP for Simo! (yeah 1/4 Finn ancestry here)

My instructor as a citizen Ron R.I.P. Webster (Marine) talked about Carlos Hathcock a lot. He wanted me to go to Camp Perry Ohio with him for competition shoot. I regret that I never did. Family, work and such. I learned a lot from Ron.

Re: “The next war will begin with a scoped rifle shot.”

Or - a nearly silent UAV with 5 pounds of plastic explosive.

Hayha was also about 5’ 2”, which make him a VERY small target to start with.

Thanks for the info.

If the scale is logarithmic, as decibels are.... The super sonic crack of the bullet would still be around 100 dB.

Even modern suppressors only reduce the gunshot of a high powered rifle by about 20-30 dB.