Video: A Black Marine With The American Flag Confronts The Angry Antifa Mob All By Himself  If You Stand For Justice Come Stand With Me
Right Journalism ^ | 07.19.2020 | Natalie Dagenhardt

Portland, Ore., police declared a riot late Saturday after protesters allegedly broke into the Portland Police Association building and set a fire, which was quickly put out, according to officials. Videos from the incident:

But one heartbreaking moment was ignored by almost every news outlet.

A brave black man who was holding the American flag decide to confront the angry Antifa mob all by himself! The man is a former Marine Gabriel Johnson from Portland. Video below:

After a new fence was erected around the Hatfield Federal Courthouse following intense clashes between protesters and federal agents in recent nights, people gathered around it as one man tried to decorate the fence with American flags.

Gabriel Johnson of Portland said he served 8 years in the Marines.

“I have tremendous PTSD. So 85 flash bangs and tear gas in my apartment is very triggering, and part of that trigger and one way to stop it is to be about change,” Johnson said. “We deserve better. We deserve to be brought together.”

But the flags became a flashpoint to those who see it as divisive or a symbol of oppression. One woman even glad one of the flags and threw it to the ground. Others debated what it means to them.

This will start happening more and more. The silent majority has been waiting while we watch this build-up. But eventually, enough is enough.

Looks like that guy was developing a following.
“Stand with me.”
Amen.

I’m an Air Force guy, but the Marines are first in my list.
Kudos to that man.

But one heartbreaking moment was ignored by almost every news outlet.

A brave black man who was holding the American flag decide to confront the angry Antifa mob all by himself! The man is a former Marine Gabriel Johnson from Portland. Video below:

I’ve seen a few blacks starting to fight back against these domestic enemies. Here is one who attempted to wipe out DeBlasios street sign and of course was arrested no doubt by orders of the Fuhrer. Why these cops listen to that piece of garbage is beyond me........

5 posted on 07/19/2020 8:19:03 AM PDT by GrandJediMasterYoda (As long as Hillary Clinton remains free equal justice under the law will never exist in the USA)
[ Post Reply | Private Reply | To 1 | View Replies]
To: USA Conservative

Not a former Marine. Just assigned to a different duty station.

Semper fi
Do or die

Please send me your name by FReepmail if you want to be on this list. 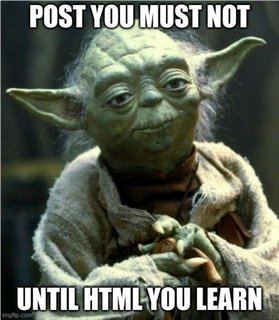 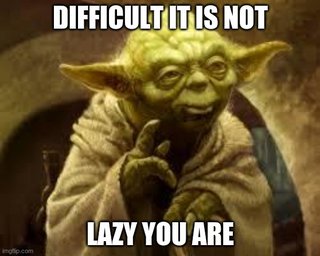 I love the fact that we are starting to see a lot of very brave, patriotic black Americans stand up for America and its values. Kudos to these brave people.

Copy and pasting Twitter feeds ought to be BANNED! They are incomprehensible enough at Twitter, but far more so when copy/pasted here. They are the scourge of reporting and news.

IMHO, you should learn how to post clickable links (really not that hard) or quit posting articles like this which are nothing more than a series of links.

Thanks for the links can’t figure out a way to post them :)

This THING is bigger than you realize. Marxists have come here for 150 years. Research the Fabian Society of England.
They first called themselves progressives. When that label was tarnished, they adopted liberal. Now, they use both as those who lived thru the horror & remember the Progressive Movement are dead.
Liberal once meant one who supports the LEAST amount of government for an ordered society, but proper use of words doesn’t matter to propagandists.
After 100+ years taking over the government-funded side of the educational system, & decades indoctrinating students in Marxism by Progressive “educators”, it’s not surprising to see an anti-American revolution gaining momentum.
This is the moment the socialists in politics, the bureaucrats, and the guilt-ridden rich have been waiting for (note: not all rich feel guilt, nor should they), to flip America into Soviet-style socialism.
I’ll choose to fight on my feet against the neo-Bolsheviks before I’ll live on my knees.
https://www.thegatewaypundit.com/2020/07/portland-riot-organizer-claims-mission-abolition-united-states-know/

When I posted your links, I just copied them and pasted them. Since I didn't use any HTML in my post, I didn't have to do anything to make them live.

If I used a "p" or anything in HTML brackets in my post, then the links wouldn't have been shown live. In that case I would have had to use the awkward HTML rule for links. They could have made it simpler.

Doubtful Comcast, Disney, nor ATT will cover this.

ABC is Disney
CNN is ATT
NBC, MSNBC are Comcast