Jeffrey Epstein, the high-profile sex-trafficking suspect who died in a Manhattan jail, asked for nude photos from one of his victims a month before he was arrested, according to a lawsuit filed this week.

The claim against the disgraced financier's $577 million estate says Juliette Bryant initially met Epstein in 2002, when she was a 20-year-old aspiring model living in South Africa. She says she went to a restaurant with Epstein, after being introduced by a model turned journalist, and then attended a speech in Cape Town he gave the following day, according to the suit.

Epstein asked Bryant to bring a modeling portfolio, per the suit, mentioning his close relationship with Les Wexner, the founder of women’s lingerie company Victoria’s Secret. Bryant later traveled to Paris, where she stayed with Epstein's associate, Ghislaine Maxwell, and says she was forced to pose for nude photos taken by an assistant. She also claims in the suit that Epstein raped her over the course of their travels together.

“Instead of fulfilling her dreams of becoming a model, Juliette was subject to extreme and repeated sexual abuse,” the lawsuit alleges, adding that for two years, Bryant traveled with Epstein to various places in New Mexico, New York City and the Virgin Islands.

“For those years, Juliette felt like a prisoner and was afraid of betraying Epstein because of his money and power,” according to the lawsuit. “She was afraid he would hurt her or her family. In fact, the very first time Epstein brought Juliette to the United States, in order to scare her, he told her that when another woman had accused him of rape, he planted drugs in the woman’s apartment and had her sent to prison.”

TOPICS:
KEYWORDS: abuse; falseimprisonment; ghislainemaxwell; jeffreyepstein; juliettebryant; leswexner; newmexico; newyork; paris; rape; sextrafficking; southafrica; suicide; victoriassecret; virginislands Navigation: use the links below to view more comments.
first 1-20, 21-23 next last
It's too bad their isn't a "disgusting" topic to add to the topic list. However he died, whether by suicide or by assassination, I'm glad he's dead. I know that such a feeling is un-Christian, but there you have it.

Jeffrey Epstein did some horrifying things.

I’m not sure if I grasp why asking a 20 year old model for nude photos is one of them.

now bring out the money grubbers hoping for a payday from his estate.

He asked for nudes! You are 20, idiot, you can comply or not

He raped me! Was it really rape when you were hoping for a modeling contract out of the “arrangement”?

Go piss up a rope

Exactly, now we will see all the money grubbers come out of the woodwork hoping for a payday for their “victimization”

Where’s Ghislaine? Too big to jail? Put a ham sandwich on her head.

The Democrat Party, the party of Harvey Weinstein, Epstein and Clinton how scary is that? Yet, college educated suburban women vote Democrat because they find Trump too mean. How effing stupid are they?

8 posted on 11/16/2019 10:18:18 AM PST by a fool in paradise (Recall that unqualified Hillary Clinton sat on the board of Wal-Mart when Bill Clinton was governor)
[ Post Reply | Private Reply | To 2 | View Replies]
To: Tolerance Sucks Rocks

But did she send them??

But Jeffrey Epstein didn't kill himself.

He asked a 20 year old “aspiring model” for nude pics. Sure, that’s the kind of gross behavior that gross people do, but it hardly compares with the rest of what he did. Oh, and Epstein didn’t kill himself.

If she was “forced to pose nude by an assistant” then why isn’t she going after the assistant instead of going on about Epstein, who is dead even though he didn’t kill himself.

He apparently did a lot more to her than just ask her for the photos.

13 posted on 11/16/2019 10:41:36 AM PST by Tolerance Sucks Rocks (Show me the people who own the land, the guns and the money, and I'll show you the people in charge.)
[ Post Reply | Private Reply | To 2 | View Replies]
To: Tolerance Sucks Rocks
All we know is he did not kill himself and the person responsible is once again left completely alone. 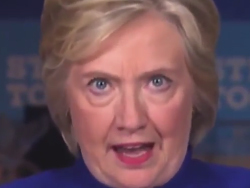 “Jeffrey Epstein, the high-profile sex-trafficking suspect who died in a Manhattan jail,”

And Epstein didn’t kill himself...

This Thread is
Useless
Without
Those
Photos!
/$

“Where’s Ghislaine? Too big to jail?”

She’s got a good memory and a large file that’s securely stored.

Badly written article since it doesn’t say which arrest, him having been arrested several times.

A man locked up in a federal detention facility who is still interested in procuring nude pictures doesn’t sound suicidal to me.