A prominent legal defense fund that was established in the wake of the #MeToo movement told Reade in February that it couldn’t support her because it would put its charitable status at risk. Reade has said she hasn’t received any offers for pro-bono public relations support to handle the deluge of reporter inquiries she has received in the weeks since her allegation against Biden picked up steam in national media.

All the while, Reade said she has resisted opening up a crowdfunding campaign on GoFundMe as she holds out for an offer of pro-bono support in her allegations of sexual assault against the former vice president.

“I am hopeful that if anyone wants to assist with PR and legal services as needed it would be pro-bono,” Reade told the Daily Caller News Foundation.

“I realized that I am outside the civil and criminal statutes so, there’s not a lot of actions that a lawyer would want to take other than just helping with PR and just making sure there aren’t libelous claims against me,” Reade said. “I could use some support with that.”

Reade has accused Biden of kissing her, touching her and penetrating her with his fingers without her consent when she worked for him as a Senate staffer in 1993.

Both Biden and his campaign have denied Reade’s allegations several times, and Biden issued a request Friday to Secretary of the Senate Julie Adams to locate and make public any complaint that Reade may have filed. He is continuing to work with the Senate to locate such a document.

Offers for free full-time legal and public relations support have yet to come her way, Reade told the DCNF.

In contrast, Ford received pro-bono legal and public relations support from two prominent lawyers to support her as she accused Kavanaugh of sexually harassing her at a house party in 1982.

One of Ford’s lawyers, Michael Bromwich, went as far as to resign from his job from a distinguished Washington D.C. law firm so he could focus his efforts exclusively on representing Kavanaugh’s accuser.

The Time’s Up Legal Defense Fund, which has committed over $10 million to support women alleging sexual harassment in the workplace, told Reade in February that its charitable status would be put at risk if it financially supported her because Biden is the presumptive Democratic nominee for president.

Time’s Up is operated by the National Women’s Law Center (NWLC), a 501(c)3 charitable organization, and as such is “restricted in how it can spend its funds, including restrictions that pertain to candidates running for election,” NWLC spokeswoman Maria Patrick told The Intercept.

Time’s Up did provide Reade with a list of lawyers, but Reade told The New York Times that none of the recommended lawyers were willing to take her case.

Reade said that she has reached out to attorneys Debra Katz and Lisa Banks, who represented Blasey Ford, without response. Katz and Banks have not responded to multiple requests for comment from the DCNF as to why they are representing ousted vaccine expert Dr. Rick Bright instead of Reade.

Other prominent women’s groups that rallied behind Ford stayed silent on Reade’s allegations for weeks after she came forward.

Planned Parenthood Action broke its silence on Reade’s allegations against Biden in a Thursday night press release that did not mention Reade by name.

“Any person seeking elected office — and especially the highest office in the land — needs to address allegations of sexual assault and harassment seriously, both as a systemic problem and with a sense of personal responsibility,” Planned Parenthood acting President Alexis McGill Johnson said. “We all have much work to do to make our country a safer place, free of sexual violence.”

Following Biden’s appearance on MSNBC Friday denying Reade’s allegations, Planned Parenthood Action issued a second press release in which the organization praised Biden’s past record on domestic violence and urged him “to continue to push this conversation, and our country, forward.”

The National Abortion Right’s Action League (NARAL) and Emily’s List released a joint statement on Friday following Biden’s appearance on MSNBC that emphasized the importance of recognizing survivors and criticized President Donald Trump. But the joint statement did not detail Reade’s allegations.

“Just as Biden has listened and led in the past on the Violence Against Women Act, we now need him to lead us forward to create the sort of systems where survivors’ claims are taken seriously and justice and healing are possible,” Ilyse Hogue, president of NARAL Pro-Choice America, and Stephanie Schriock, president of EMILY’s List, said in the joint statement.

Both NARAL and EMILY’s List tweeted extensively in support of Blasey Ford, but neither organization has referenced Reade by name on the social media platform.

Other women’s groups have said Biden needs to do more to address Reade’s allegations.

The Rape, Abuse & Incest National Network (RAINN) pointed out that Biden was slow to respond to Reade’s allegations in a press release Friday.

“We appreciate Vice President Biden finally addressing Tara Reade’s allegations,” said vice president of communications Heather Drevna. “These allegations deserve a rigorous investigation, and we urge Vice President Biden to release any and all records that may be relevant, including those housed at the University of Delaware, in addition to any Senate records housed at the National Archives.”

And the advocacy group UltraViolet noted in a press release Friday that “It was right for Joe Biden to directly address this issue and he has more to do.”

“For far too many women, the pursuit of justice against their abusers is nearly impossible – and their stories are silenced,” said Shaunna Thomas, co-founder and executive director of UltraViolet. 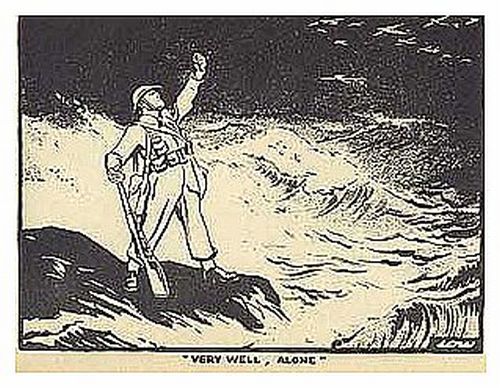 they knew about his past and didn’t care

they know about biden’s past and don’t care

It’s only okay to report regular prole men and Republicans. Democrats have immunity from all crimes.

It seems some decent lawyer would offer his services pro bono to help this poor lady.

She will still vote for Biden.

I wonder if anyone has started a Go Fund Me page for her?