James OKeefe in Defense of Taping Mitch McConnell, and Everyone Else
The Daily Beast ^ | April 15, 2013 | James O'Keefe

Anti-taping laws hurt democracy by shielding the powers that be from accountability, writes provocateur James

“Break in, bribe, seduce and lie; anything to break through that palace guard and get the story,” said investigative reporter Robert Scheer, according to a article by Abbie Hoffman in a decades-old edition of Mother Jones magazine. Sometimes I’ve broken through the palace guards, and other times the palace guards have nearly broken me. What didn’t jail me made me stronger and smarter. I’ve become all too familiar with civil and criminal statutes that are bad for democracy because they insolate those vested in a public trust from democratic accountability.

Those embroiled in fraud rarely make unprovoked admissions of licentious behavior, which is precisely why covert tactics are effective in exposing the truth. Yet the problem lies in the consequences of applying Scheer’s rule. If I were on the left, pushing the legal limits of recordings by secretly taping meetings of the National Rifle Association, I’d be a cause célèbre and win awards for journalistic excellence. Because my passion so far has been exposing government-funded sacred cows and disrupting statist narratives, I am an apostate. Therein the tragedy lies; a free press is supposed to defend the rights of journalists with whom they disagree. It’s not just ignoble for the mainstream to ignore my First Amendment crises when they’ve arisen; journalists who reflexively call for my prosecution put themselves outside their own values, assuming that support for the First Amendment is one of them. They must now confront these values head-on as surreptitious recordings spark a mainstream renaissance, opening the floodgates to a veritable constitutional crisis over privacy, consent, and the ability to protect anonymous whistleblowers.

Mother Jones magazine’s Washington bureau chief, David Corn, recently won a Polk journalism award after publishing a series of clandestine recordings. Writing later about how he came into possession of the tape, Corn noted that the recording raised a “question of possible criminal prosecution” in Florida, a two-party-consent state. His lawyers advised Scott Prouty (the bartender who captured then candidate Romney’s now famous “47 percent” comments), his anonymous source at the time, to “shut up and keep your head low.” This week, Corn stands to win another journalism award from Ithaca College for “outstanding achievement in independent media,” a week after a recording was released that captured a private conversation in Senate Minority Leader Mitch McConnell’s Kentucky campaign office. Corn’s latest story could trigger felony eavesdropping charges. The FBI is investigating, and an official in the group Progress Kentucky has subsequently resigned, saying he “does not condone any allegations of illegal activity that might have taken place.” The murky nature of the Kentucky law makes it unclear whether it’s legal to record a barely audible conversation, according to NBC News. Sadly, rather than being viewed from the onset as a freedom-of-press issue, these debates split neatly down party lines, contingent upon who’s being investigated.

That's like receiving a gold star refrigerator magnet from Satan

I think if a person is legally present at a particular spot, he should have the right to record anything he can hear himself at that location. This is somewhat similar to the general rule for recording video. Do something in public and you can’t stop others from recording it.

Planting microphones or bugs to record conversations where people have a reasonable expectation of privacy should be illegal without a warrant. Especially if you are not one of the parties to that conversation.

Let's get rid of all anti-taping laws.

Until then, enforce them.

I am fed up with the feral government selectively enforcing federal laws.

Correct. What many of these states have done is make it illegal to record your own conversations without the permission of all participants.

These laws were enacted to protect crooked politicians from being stung by their co conspirators. The media, always ready to harm America to protect a democrat, went on a tear that it was so awful for Linda Tripp to record Monica Lewinsky, even though Monica freely spoke with Tripp and took that risk.

I agree with Mr. O’Keefe. In fact, I have a couple of webcams I’d like to install in his living room, bathroom and bedroom. Not for me, but for the internet.

The public has a right to know.

Isn’t Ithaca known as the town of evil?

I think if a person is legally present at a particular spot, he should have the right to record anything he can hear himself at that location. This is somewhat similar to the general rule for recording video. Do something in public and you can’t stop others from recording it.

This should be called the right to memory and this would include a 3ft sphere arouns one’s self that once has the right to record using devices any light and sound waves comming to them as long as the trecording device stay within a 3ft of the person and are held or attached to that person.

What they did to mitch was plant a BUG which is not covered by this.

Any evidence of this? Last I heard, the story was that they stood in the hallway outside of the room where this meeting was taking place, and recorded it from there.

10 posted on 04/15/2013 8:09:28 AM PDT by Conscience of a Conservative
[ Post Reply | Private Reply | To 9 | View Replies]
To: Williams
What many of these states have done is make it illegal to record your own conversations without the permission of all participants.

Like you, I strongly object to "two party consent" wiretap laws, that require that all parties to a conversation consent to it being recorded.

I have no problem with "one party consent" wiretap laws, that require at least one party to a conversation consent to having it recorded.

If I am telling you something, you should have a right to record it. If you and I are having a conversation, someone else has no right to surreptitiously record it.

I do think there is a problem with people being taped by another party without their consent. It makes me uncomfortable because people often have an expectation of privacy, or partial privacy, that should not be infringed.

I know I personally have said things in what I thought were private conversations that would make me uncomfortable if posted on the web for all to see.

Don’t have a problem with this basic principle being overridden for sufficient reason. Just don’t think people should be vulnerable this way without their knowledge.

12 posted on 04/15/2013 8:16:14 AM PDT by Sherman Logan
[ Post Reply | Private Reply | To 6 | View Replies]
To: Conscience of a Conservative
Last I heard, the story was that they stood in the hallway outside of the room where this meeting was taking place, and recorded it from there.

No different from someone parking outside your house and recording you with a shotgun long distance microphone: 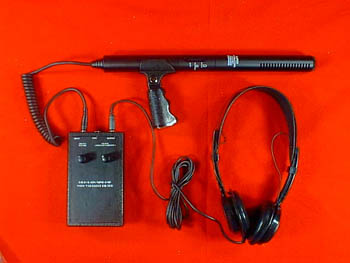 Just because it is possible for someone to record you without your knowledge, doesn't mean that they should be able to do so.

“Break in, bribe, seduce and lie; anything to break through that palace guard and get the story,”

Well then.....he should have the inside dirt from the White House by now.

They and their descendants should sue the media.

I'd love to see Woodward and Bernstein sued for all they have and their asses sitting in jail.

Absolutely correct - Huge difference from being a known participant in a conversation and an eavesdropper - whether through device or not. These guys were outside the room - there was an expectation of privacy.

If O’Keefe can be a participant in a conversation and get the other folks to say stupid things, fine with me - he should have every right to record what he will later try to say happened - the recording an objective record. But neither he nor anyone should surreptitiously record other peoples private conversations - bad as they might be.

O’Keefe set up stings, face-to-face. He didn’t flat out “eavesdrop”.
I hope Cornhole goes to jail.

There is a BIG difference between taping McConnell discussing campaign tactics, and govt officials being taped during the course of their duties. I consider the campaign issue should have secrecy, while the other example, not.

I am wondering more and more about this.

When somebody is surreptitiously recorded, and the recordings are called “scandalous”, though there is nothing illegal or in any way scandalous about them, it should make you wonder.

Motherf#*@!er Jones was AGAINST the Boosh administration engaging in surveillance of persons in communication with KNOWN members of Al Qaeda.

The Left is decidedly PRO-Islamic terrorist and anti-American.