A major donor to President Trump agreed to pay $10 million to the president’s then-personal attorney if he successfully helped obtain funding for a nuclear-power project, including a $5 billion loan from the U.S. government, according to people familiar with the matter.

The donor, Franklin L. Haney, gave the contract to Trump attorney Michael Cohen in early April to assist his efforts to complete a pair of unfinished nuclear reactors in Alabama, known as the Bellefonte Nuclear Power Plant, these people said

TOPICS: News/Current Events
KEYWORDS: haney Navigation: use the links below to view more comments.
first 1-20, 21-34 next last
To be honest, I'm glad Michael Cohen is no longer Trump's attorney.

Have a bad feeling about that guy.

The donor, Franklin L. Haney, is a longtime Democrat donor. He gave bigly to Obongo, and to every other Democrat candidate going back to at least Mondull.

“People Familiar with the matter”

There’s your tipoff that this is fake news..

I’d maybe believe it if someone offered him a hundred thousand to get Trump to help with the deal and offered Trump ten million to get the deal through.

I wonder how his conversation with Cohen sounds on tape?

That’s not a top Trump donor, that is a top Democratic donor who jumped ship!

This is branching out in every direction.
When I think of Michael Cohen, the word “Hapless” comes to mind. Someone who was in way over his head, but never said ‘no’ to his client.

If people think they have to engage in payola to get anything done what does that say about the previous administration whom this guy supported or the Swamp in general?

All these Congresscritters becoming rich while in office....

9 posted on 08/02/2018 5:49:27 PM PDT by thegagline
[ Post Reply | Private Reply | To 1 | View Replies]
To: SpeedyInTexas
I know a guy whose brother-in-law's sister works with a gal that used to have a friend who worked as a waitress at an Applebee's where Donald Trump's barber once had lunch. She said the barber's auto mechanic once gave her a $10 tip on a $50 tab.

If that isn't evidence of corruption in high places, I don't know what is!

I have a feeling that every Democratic donor who does the math and starts donating to Republicans instead of Democrats are about to be outed and the Dems are going to try mightily to pretend to be all pure as the driven snow while they smear the GOP with all these folks they have been enabling for years!

Here is another one, believe it or not, who is now being spoken of as a Trump donor even though he donated exclusively to Democrats for elections as long as Open Secrets has been keeping score.

Sure they do. It’s called a contingent fee arrangement and it’s done all the time.

Maybe he’s lobbying without a license. 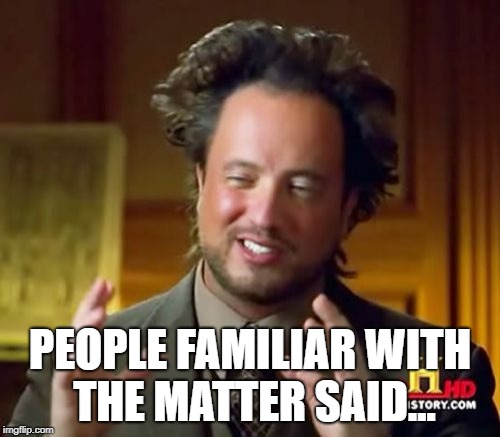 From what I found in a quick search, the deal isn't done yet so Cohen probably just made damn sure it would never get done.

Someone actually interested in checking out whether Cohen can be trusted to tell the truth rather than just enough truth sprinkled in a pack of lies to get immunity, I'd check to see what the people who didn't want that plant finished paid him.

Poor Joe, he’s better than Ballhaus and he knows it.

Rebecca is “like oh my god!”, I can’t believe I got to be included considering I’m just out of nursing school.

When she sees her name between Michael and Joe she feels like she’s waiting on Dodd and McCain.

She complains, and is told it’s this or the ugliest dog extravaganza.

Oh and remember Joe, he sees the writing on the wall.

Sure he and Michael had a falling out, but he always thought the author credits would be in alphabetical order.

Cohen acting on his own can surely do this. I really don’t care. I seriously doubt the money was given to Trump so what’s the big deal?

Wikipedia: Priorities USA Action is the largest Democratic Party super PAC. Founded in 2011, it supported Barack Obama’s 2012 re-election campaign. It was the primary super PAC supporting Hillary Clinton’s 2016 presidential campaign...As of September 2016, it had amassed $132 million in support of Clinton...The super PAC was founded in 2011 by former Obama campaign officials Bill Burton and Sean Sweeney to raise funds from wealthy donors, including corporations and unions, and support the re-election of President Barack Obama.

“If people think they have to engage in payola to get anything done what does that say about the previous administration whom this guy supported or the Swamp in general?”

Why did foreign governments give millions to the Clinton Foundation and then terminate their payments when Hillary lost?