Marshall Kamena is a registered Democrat and was elected mayor of Livermore, CA.. He ran on the democratic ticket as he knew a Bay Area city would never vote for a Republican. He is as conservative as they come. He wrote the following from an article, originally written by Evan Sayet and his opinion he expressed as a columnists for Townhall.com were his own and did not represent the views of Townhall.com, were mistakenly attributed to Marshall Kamena by me.

Trump's 'lack of decorum, dignity, and statesmanship' By Evan Sayet in his article "He Fights

My Leftist friends (as well as many ardent #NeverTrumpers) constantly ask me if I'm not bothered by Donald Trump's lack of decorum. They ask if I don't think his tweets are "beneath the dignity of the office."

Here's my answer: We Right-thinking people have tried dignity. There could not have been a man of more quiet dignity than George W. Bush as he suffered the outrageous lies and politically motivated hatreds that undermined his presidency.

Could there be another human being on this earth who so desperately prized "collegiality" as John McCain?

We tried propriety – has there been a nicer human being ever than Mitt Romney?

And the results were always the same. This is because, while we were playing by the rules of dignity, collegiality and propriety, the Left has been, for the past 60 years, engaged in a knife fight where the only rules are those of Saul Alinsky and the Chicago mob.

I don't find anything "dignified," "collegial" or "proper" about Barack Obama's lying about what went down on the streets of Ferguson in order to ramp up racial hatreds because racial hatreds serve the Democratic Party.

I don't see anything "dignified" in lying about the deaths of four Americans in Benghazi and imprisoning an innocent filmmaker to cover your tracks.

I don't see anything "statesman-like" in weaponizing the IRS to be used to destroy your political opponents and any dissent.

Yes, Obama was "articulate" and "polished" but in no way was he in the least bit "dignified," "collegial" or "proper."

The Left has been engaged in a war against America since the rise of the Children of the '60's. To them, it has been an all-out war where nothing is held sacred and nothing is seen as beyond the pale.. It has been a war they’ve fought with violence, the threat of violence, demagoguery and lies from day one – the violent take-over of the universities – till today.

The problem is that, through these years, the Left has been the only side fighting this war. While the Left has been taking a knife to anyone who stands in their way, the Right has continued to act with dignity, collegiality and propriety.

With Donald Trump, this all has come to an end. Donald Trump is America 's first wartime president in the Culture War.

During wartime, things like "dignity" and "collegiality" simply aren't the most essential qualities one looks for in their warriors. Ulysses Grant was a drunk whose behavior in peacetime might well have seen him drummed out of the Army for conduct unbecoming.

Had Abraham Lincoln applied the peacetime rules of propriety and booted Grant, the Democrats might well still be holding their slaves today.

Lincoln rightly recognized that, "I cannot spare this man. He fights."

General George Patton was a vulgar-talking.. In peacetime, this might have seen him stripped of rank. But, had Franklin Roosevelt applied the normal rules of decorum then, Hitler and the Socialists would barely be five decades into their thousand-year Reich.

Trump is fighting. And what's particularly delicious is that, like Patton standing over the battlefield as his tanks obliterated Rommel's, he's shouting, "You magnificent bastards, I read your book!"

That is just the icing on the cake, but it's wonderful to see that not only is Trump fighting, he's defeating the Left using their own tactics. That book is Saul Alinsky's Rules for Radicals – a book so essential to the Liberals' war against America that it is and was the playbook for the entire Obama administration and the subject of Hillary Clinton's senior thesis.

It is a book of such pure evil, that, just as the rest of us would dedicate our book to those we most love or those to whom we are most indebted, Alinsky dedicated his book to Lucifer.

Trump's tweets may seem rash and unconsidered but, in reality, he is doing exactly what Alinsky suggested his followers do. First, instead of going after "the fake media" — and they are so fake that they have literally gotten every single significant story of the past 60 years not just wrong, but diametrically opposed to the truth, from the Tet Offensive to Benghazi, to what really happened on the streets of Ferguson, Missouri — Trump isolated CNN.. He made it personal.

Then, just as Alinsky suggests, he employs ridicule which Alinsky described as "the most powerful weapon of all."... Most importantly, Trump's tweets have put CNN in an untenable and unwinnable position. ... They need to respond.

This leaves them with only two choices. They can either "go high" (as Hillary would disingenuously declare of herself and the fake news would disingenuously report as the truth) and begin to honestly and accurately report the news or they can double-down on their usual tactics and hope to defeat Trump with twice their usual hysteria and demagoguery. The problem for CNN (et al.) with the former is that, if they were to start honestly reporting the news, that would be the end of the Democratic Party they serve. It is nothing but the incessant use of fake news (read: propaganda) that keeps the Left alive.

So, to my friends on the Left — and the #NeverTrumpers as well — do I wish we lived in a time when our president could be "collegial" and "dignified" and "proper"? Of course I do.

These aren't those times. This is war. And it's a war that the Left has been fighting without opposition for the past 50 years.

So, say anything you want about this president - I get it - he can be vulgar, he can be crude, he can be undignified at times. I don't care. I can't spare this man. He fights for America!

Please pass this on..over and over, and again and again...

It was Bubba who set the tone by making his member the central object of his presidency.

Very good, and he is essentially correct.

It doesn’t matter who was President, if he’s not a Democrat, he would be called racist, divisive, nazi, hypocrite, etc, etc., and everything else we are hearing now.

In fact, on many issues, Trump is not very conservative. Nonetheless, the Left doesn’t care

The reason is - they have achieved more and more power and influence: certainly throughout government, media, entertainment, academia and business (particularly tech and social media).

Their bureaucratic political machinery is in place to oppose ANYONE who is not Democrat/Leftist. They would spray a fire-hose of invective at anyone from the GOP.

It was LBJ who made Jumbo the central object of the Vietnam war.

7 posted on 11/12/2018 1:42:11 PM PST by fishtank (The denial of original sin is the root of liberalism.)
[ Post Reply | Private Reply | To 4 | View Replies]
To: UMCRevMom@aol.com
So the author is saying that Marshall Kamena, a registered Democrat who was elected mayor of Livermore, CA., did not write this and that the author Julian McCall Julian incorrectly attributed the column to him. That is was indeed written by Evan Sayet.

Am I understanding that correctly? If so he should have changed the title as it makes this confusing. I remember the article and I agreed with it wholeheartedly and it was attributed to Evan Sayet, back then..

In his last line, Sayet said to pass it on. That’s what Kamena did.

The Left has been engaged in a war against America since around the beginning of the 20th Century.

The rise of the Children of the ‘60’s was the Leftist version of “Coming Out.”.

The Trump candidacy then presidency represents the possible demise of the professional political class. The “all knowing” class that’s determined to run our lives without ever having had any experience in “life”. Basically its government by graduate student bull sessions (There are stories the Slick William WH was exactly this way!). Government (and voting!). They have no understanding of how things work, don’t want to take the time to learn & don’t think they need to. There are GOP’ers & of course Rats of this mind set. GOP’ers approach it with a conservative hue & rhetoric Rats from the left but they want to go to the same spot.

Okay. Not sure how one is supposed to get that from what is written though.

The REAL questions are,

“In 2024, how are we going to get another Warrior for America and our Free Constitutional Republic into the White House? Who is he? Where is he?”

Certainly not Pence. Nope, too invested in the political establishment IMO, not unlike GHWBush after Reagan.”

Nope we need someone and we need him fast. 2024 is just around the corner and if we are to save our Free Constitutional Republic we MUST get another Patriot Warrior in there for another eight years.

Otherwise, we’re sunk. God will help us get the right guy I think.

Sayet wrote it. Kamena passed it on. McCall sent it on to his car crowd, misciting the authorship, which he later corrected. UMCRevMom posted it here. Now we are discussing it.

15 posted on 11/12/2018 2:36:16 PM PST by Robert DeLong
[ Post Reply | Private Reply | To 14 | View Replies]
To: UMCRevMom@aol.com
A defining point of the Obama era that emphasizes this thesis is the nationally televised debate when liberal sycophant Candy Crowley teamed up with Barack Obama to pull a "gotcha" on Mitt Romney using fake news without fear of exposure.

The fact that Romney backed down added impact to their scam. 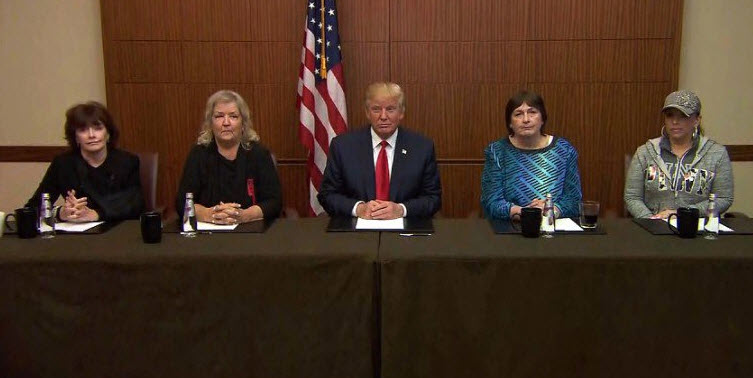 Yep. Livermore is somewhat above the leftist haze - literally and figuratively - in the greater bay area.

Pence is to Trump as Bush was to Reagan: a Trojan Horse inflicted by the UniParty establishment upon a nationalist conservative to undo whatever is done. Bush did that most unadmirably in just one term. Pence will do the same if he is elected in 2024.