ABC News has obtained audio of former White House Chief of staff John Kelly during a Wednesday appearance at Duke University in which he revealed that would have worked for Hillary Clinton if she had won the White House.

During a Q&A session, Kelly was asked about a scenario in which Trump’s former Democratic rival had won the presidency and asked him to serve in her administration.

“If Hillary Clinton had called me, I would have done it,” Kelly said.

Kelly was also asked what advice he would give his successor Mik Mulvaney, to which Kelly quipped “run for it” to audience laughs, though he became more serious when he said that his successor should just tell President Donald Trump “what he needs to hear.”

ABC’s Celia Vargas reported on remarks Kelly made which also included some gentle jabs at former boss President Donald Trump including calling his tenure at the White House “the least enjoyable job I’ve ever had.” He also stressed, however, “it was the most important job I’ve ever had,” he said.

TOPICS: Politics/Elections
KEYWORDS: clinton; johnkelly; marinesactivated; thestorm; trump; trusttheplan Navigation: use the links below to view more comments.
first 1-20, 21-40, 41-60, 61 next last
The "C" name keeps popping up in the news. If she had won....

It's an odd question to raise, 2 years post election.

I thought he was working for Hillary Clinton.

I till see my 20 year old body in the mirror.

Well, the part that fits.

How about Al Capone or Joseph Stalin?? Okay, Hitler maybe??

Is there one person in the whole filthy swamp that can stand and be counted as a loyal, conservative constitutionalist? No such person could have dreamt of serving an utterly corrupt harridan like Hillary Clinton.

So many horrible general officers in the US military to include those retired. All the conservatives were purged in the obama years. It is just like what erodogan did in Turkey to convert his army from a secular army to an islamic fundamentalist army.

Just the fact he would have worked for Clinton should tell you all you need to know about Kelly.

Our military is in a steep decline.

8 posted on 03/07/2019 6:25:20 AM PST by JonPreston (If you think we're treated badly now wait untill we're disarmed.)
[ Post Reply | Private Reply | To 1 | View Replies]
To: Beautiful_Gracious_Skies
This is silly. In the military we are taught to be non-political when it comes to official duties. Kelly said he would have served the President no matter which party they were from. What's the problem?

Personally I wouldn't be able to stomach working for she-whom-shall-not-be-named, but that's just me.

For the first time in his life Kelly actually had to work hard and doesn’t know how to deal with it.

President Trump isn’t a slacker like most everyone else Kelly would have worked for.

He WAS working for Hilliary!

I think three-quarters of the general political establishment in DC (both parties) were totally prepared on election night to hear Hillary won, and would be marching to the Hillary direction in January of 2017. The fact that she lacked skills and her resume was seven lines max? It didn’t matter.

The system built (since the 1980s) revolves around a pretending landscape that two parties exist, and that nothing ever changes with national elections. It’s a fake republic, a fake economy, and progressing toward a fake future.

Trump made a big mistake trusting these retired globalist generals.

Kelly is a Dem, this is well known. He may have brought order but he also was a force steering the Administration leftward. My guess is Jared and Ivanka picked him.

Especially some of the military personnel who dared to look into her eyes and say good morning. Gen Kelly heard of those stories right?

He can still work for her if he wants to, I’m sure Hillary could find something for him to do,,,gardening comes to mind. 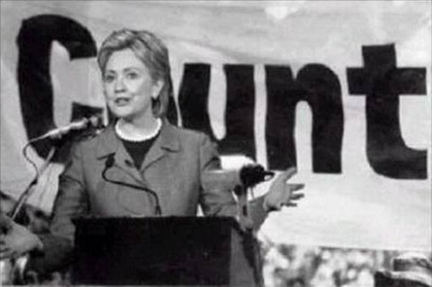