So beit, who cares.

This and I will add Obama.

Russia and the ChiComs stand firmly behind Iran. Iran is a key pawn for Russia. I seriously doubt they would be taking these provocative actions on their own without Russian approval. In fact, the Russians may well be calling the shots.

The problem is the Mullahs and their minions. A swift and sure decapitation strike remedy solve that.

Timing to strike back at Iran couldn’t be better...US military didn’t go all that way to let this happen without a response, If Trump does nothing he looks weak...Iran is poking & needs to get leveled at every nuke site they have...

This and I will add Obama.

And of course Hillary..

Former Senator Al D’Amato (R-NY) dropped a bomb on Sunday Morning Futures this AM. D’Amato told Maria Bartiromo that Hillary allowed Russia to take ownership of US uranium so they could sell it to Iran.

Hillary made it possible for the Russians to take control of one of our huge uranium producers and allow them to own the company, export the uranium and who do they sell the uranium to? Iran!

Now if people knew that and that the foundation as a result of that got $135 million. I think people would start saying, “What?”

It’s true.
In January 2013, Pravda celebrated the Russian atomic energy agency’s purchase of the company “Uranium One” in Canada.

That same company, Uranium One, owned uranium concessions in the United States. Because uranium is a strategically important commodity, the Russians would need approval from the Obama administration, including Hillary’s State Department, before the purchase took place.

Nine shareholders in Uranium One just happened to provide more than $145 million in donations to the Clinton Foundation in the run-up to State Department approval.

The Clintons took the cash from Uranium One officials before the deal was approved by Hillary Clinton’s State Department. The Clintons hid the donations which is a clear violation of the Memorandum of Understanding Hillary Clinton signed with the Obama administration wherein she promised and agreed to publicly disclose all donations during her tenure as Secreatary of State. (Via Breitbart)

The New York Times reported on the crooked deal in 2015.

As the Russians gradually assumed control of Uranium One in three separate transactions from 2009 to 2013, Canadian records show, a flow of cash made its way to the Clinton Foundation. Uranium One’s chairman used his family foundation to make four donations totaling $2.35 million. Those contributions were not publicly disclosed by the Clintons, despite an agreement Mrs. Clinton had struck with the Obama White House to publicly identify all donors. Other people with ties to the company made donations as well.

And then there’s this...

Remember those side deals Obama forged with Iran that were not part of the text of the official treaty? Now we are finding out some of the details.

Yesterday, the Washington Free Beacon reported that Iranian officials confirmed they have received at least $10 billion in cash, commodities, and assets from Washington since 2013. And that is likely a conservative estimate.

But cash is not the only thing the Islamic Republic of Iran is receiving for gracing us with their willingness to sign onto our own capitulation.

The AP is reporting that Russia, with the support of President Obama, is shipping Iran 116 metric tons of natural uranium.

While Iranian officials have obviously declined to disclose the use of such uranium, AP notes that this is enough to enrich weapons-grade uranium for nuclear bombs:

“Despite present restrictions on its enrichment program, however, the amount of natural uranium is significant should Iran decide to keep it in storage, considering its potential uses once some limits on Tehran’s nuclear activities start to expire in less than a decade.

David Albright, whose Institute of Science and International Security often briefs U.S. lawmakers on Iran’s nuclear program, says the shipment could be enriched to enough weapons-grade uranium for more than 10 simple nuclear bombs, “depending on the efficiency of the enrichment process and the design of the nuclear weapon.” ...” 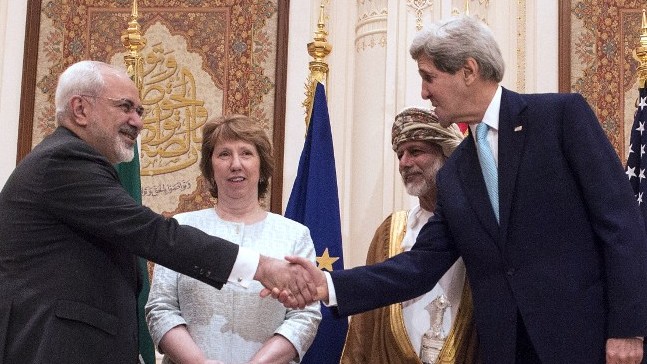 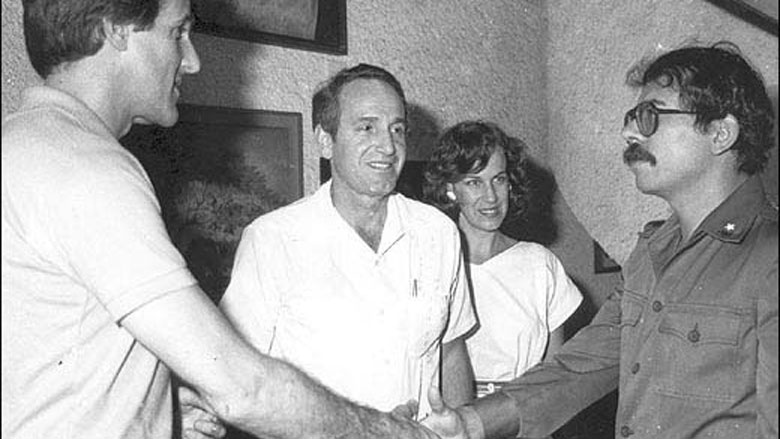 "Shortly after taking office in 1985, Kerry and Senator Tom Harkin of Iowa went on a
fact-finding trip to Nicaragua, where they met with Daniel Ortega (right) and other Sandinistas.
The trip was criticized when the Sandinistas cemented ties with Moscow."
http://www.boston.com/globe/nation/packages/kerry/062003.shtml

LOL...ok, now I get it. I was trying to put together John F Kennedy with the Iranian nuke program.

No chowderhead. The phrase “JFK” threw me. I was trying to put 1963 together with Iranian nukes.

Personally, I don’t see that as a problem. Level the location, and let God sort out the details.

I’m of the same opinion. No need yet to start an actual shooting war. There are still tools available to punish the Mullahs without starting a war.

My thought as well, let the Silent Service get to work..

BOOTS ON THE GROUND CAUSE IT’LL TURN OUT DIFFERENT THIS TIME!!!

again we are Saudi Arabia’s b.tchs.

And I’m sure Israel won’t mind either.

Is it worth losing the 2020 election?

There’s Someone Else Who has something to say about this nonsense and He says it in Ezekiel 38 and 39 — and just for fun He uses the vultures for cleanup — after they all come face to face with the original “bottled sunshine” courtesy of He Who made it in the first place.

I have no idea what you’re saying.

We have so much real intelligence from technology that we probably have the general on “tape” being marched out of his office and shot for this “mistake”, as Trump calls it...and he probably knows.