The controversy surrounding Richard Jewell is heating up.

Warner Bros. has released a statement responding to the Atlanta Journal Constitution’s demand for a disclaimer saying the late journalist Kathy Scruggs (portrayed in the film by Olivia Wilde) did not sleep with an FBI source for information in real life.

“The film is based on a wide range of highly credible source material,” the studio’s statement, obtained by EW, says. “There is no disputing that Richard Jewell was an innocent man whose reputation and life were shredded by a miscarriage of justice. It is unfortunate and the ultimate irony that the Atlanta Journal Constitution, having been a part of the rush to judgment of Richard Jewell, is now trying to malign our filmmakers and cast. Richard Jewell focuses on the real victim, seeks to tell his story, confirm his innocence and restore his name. The AJC’s claims are baseless and we will vigorously defend against them.”

According to WB, the disclaimer currently at the end of the film says, “The film is based on actual historical events. Dialogue and certain events and characters contained in the film were created for the purposes of dramatization.”

But other journalists are speaking out on social media against the depiction, real or dramatized, of a female journalist attempting to trade sex for information, especially since it did not happen in real life.

They really do believe they're better than the 'little people'.

How are they so certain it didn’t happen?

so let’s slander them. Is that your point. The good guys can do bad to teach them a lesson.

The Atlanta Urinal and Constipation should be required to run a disclaimer on their front page saying that their “journalist” distort things for dramatic effect.

Prove she didn’t sleep with a FBI agent. Or piss off. 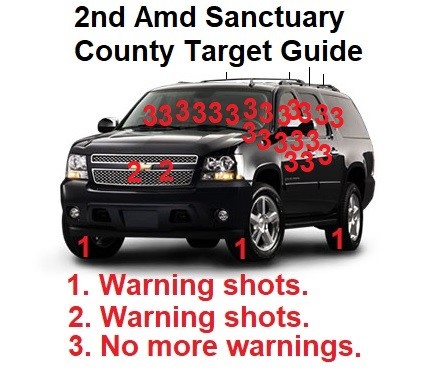 I say smear journalists with a lot worse than this.

Movies can portray Republicans and Christians in complete lies. Why not the whores of our Media Complex as the whores they actually are?

I want to see it along with “Midway”. Unfortunately there are no cinemas near me.

Trump got Warner Bros to go against the swamp.

In this case, I’m with the paper. There was no evidence at all that the reporter slept with a source. That was just some plot device. It would not hurt at all to put a disclaimer in saying this was fictionalized.

It is a shame because I’ve heard this is a really good movie, and largely accurate even though it is not billed as a documentary. So making it seem like all female reporters just sleep around to get stories was something they didn’t need to do.

How do you know? You would have to be her to know for sure.

“Prove she didn’t sleep with a FBI agent. Or piss off.”

Best laugh I’ve had all day.

I work with WB here in Hollywood. Most of them are fags or lefties BUT the key positions are libertarians who hate the left. Just to let you know, they worship Clint at WB. I know janitors who fight literally each other just to vacuum his studio office..

Never thought I would root for Warner Brothers but since its against the baloney the FBI and the Newspapers used to frame Richard Jewell well...

Slander who? I’ve noticed you just started posting recently and few, if any of your posts I’ve read are clear. Slander who?

If you personally are not a liar, show how the movie portrays all female reporters as sleeping around to get stories rather than one specific woman.

Do not bother trying to wriggle away from the specifics of my question, you have been on this forum for over a decade and many of us remember your posts early on in the Duke lacrosse rape hoax so we know how you operate.

Put up or shut up.

Wait til “Trump, the Impeached” hits the big screen.

The script will read exactly like the one Full o’ Schiff read in the first hearing.

They’re STILL running the one about the super secret double-naught spy, Valerie Plame

19 posted on 12/10/2019 3:00:56 PM PST by yesthatjallen
[ Post Reply | Private Reply | To 11 | View Replies]
To: yesthatjallen
The evil lefty Cox family rag phony cries of concern is like the
local town hooker concern over her reputation .LOL .

In real life the jackal reporter was a well known party hardy bar fly in town .

I bet Clint appreciates the PR .