As previously reported by Live Action News, the U.S. Supreme Court is slated to hear a Louisiana abortion law case, June Medical Services, LLC vs. Gee, on March 4th. The law requires that abortionists have admitting privileges at a hospital within 30 miles of their facility. The law was enacted in 2014 but has not yet gone into effect due to various legal challenges. It would impact three abortion facilities, in Baton Rouge, Shreveport, and New Orleans. In total, these facilities commit about 10,000 abortions each year.

Abortion advocates argue that the law, The Unsafe Abortion Act, provides no benefit to women seeking abortions and in fact hinders their ability to access abortions. Pro-lifers maintain that the law closes an important safety loophole. Currently, women who suffer from abortion complications are cared for by emergency room doctors unfamiliar with their medical history and how their abortion procedure went. Requiring that abortion providers have admitting privileges, pro-lifers argue, is simply providing continuity of care when botched abortions occur, as they most definitely do.

Louisiana’s own Solicitor General Liz Murrill also spoke out in favor of the law, saying: ““Women deserve better than incompetent providers that put profits over people,” she said. “This bipartisan legislation is necessary because Louisiana abortion providers have a long documented history of medical malpractice, disciplinary actions, and violations of health and safety standards.” Earlier this week, the Trump administration filed a friend of the court brief supporting the law. Last week, over 200 members of Congress signed a similar friend of the court brief, and this week one of those signers felt the backlash.

U.S. Rep. Dan Lipinksi (D-IL), an eight-term Congressman representing Chicago and the southwest suburbs slated to speak at the March for Life Chicago yesterday was targeted earlier this week by abortion supporters who protested his signing on to the brief. Around 30 abortion supporters, some dressed as characters from the dystopian novel The Handmaid’s Tale, protested outside Lipinski’s Lockport, Illinois, office on Monday, January 6th, saying that Lipiniski’s signature on the document constituted a violation of their right to healthcare. The protest came after weekend tweets from Chicago’s Mayor Lori Lightfoot, saying that it was Lipinski’s “time to leave.”

He signed on as an Amici Member because, according to the brief:

Amici Members have a special interest in the correct interpretation, application, and enforcement of health and safety standards for elective abortion enacted by the People of the States they represent. Whole Woman’s Health v. Hellerstedt, 136 S. Ct. 2292 (2016) created an overly subjective “balancing” test, leading to confusion among Congress and state legislatures alike as to which laws might withstand constitutional scrutiny. Amici strongly urge the Court to uphold the decision below and to provide clarity regarding the bounds of the Government’s ability to safeguard the lives and health of their citizens.

Asked by Live Action News for a comment on the abortion protest, Congressman Lipinski’s office reiterated his commitment to the pro-life cause, saying:

The Louisiana law in question requires hospital admitting privileges for physicians performing abortions. I signed the amicus brief because I agree with the intention of the law as stated by the author, Democratic Louisiana State Representative Katrina Jackson: “If you are going to perform abortions in the State of Louisiana, you’re going to do so in a safe environment and in a safe manner that offers women the optimal protection and care of their bodies.” This is not an “undue burden.” 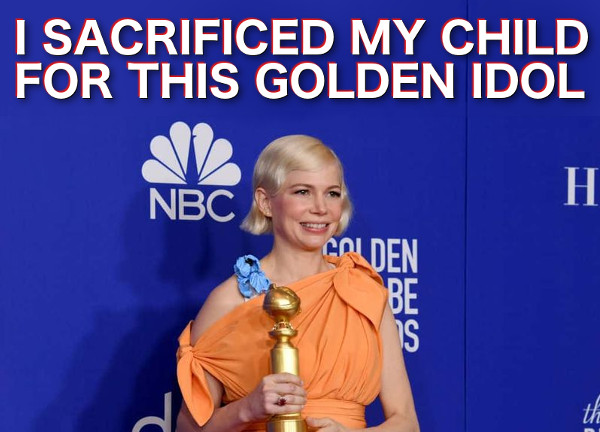 He voted to impeach Trump, yet the left still throws him under the bus.

The left eat their own. Maybe the right does to some extent too. Probably a universal condition where betrayal is another sin we have to deal with. I will say the left can be more united than the right at times but I think that reflects that for the left politics is their religion and thus is taken more seriously than those on the right. We take it seriously too but the left takes it to the point of derangement.

4 posted on 01/13/2020 6:01:58 AM PST by xp38
[ Post Reply | Private Reply | To 3 | View Replies]
To: xp38
True, the left will always eat their own. Lipinski’s problem is he tries to play both sides, toe the party line while making his constituents happy. He is getting caught in the switches on a moral issue, but politically, he is a good democrat. Trouble is his constituents are Democrats in the old sense, good church going Catholics for the most part who vote democrat because their parents did. Only the Democratic Party was different back in their parents days.

Maybe his constituents will realize the Democratic Party has been taken over by evil, morally bankrupt factions, but there really aren’t any alternatives for voters in Crook County.