Over the course of his public life, Donald Trump has made any number of incendiary, bizarre and flat-out false comments. And since he began his campaign for the presidency in 2015, Trump has kept the quotes coming at an ever-increasing, ever-exhausting pace.

“I am a very stable genius.” “I alone can fix it.” “Why are we having all these people from sh*thole countries come here?” “Nobody has more respect for women than I do.” (The latter comment came the same night he referred to Hillary Clinton during a 2016 debate as “Such a nasty women.”) As much as they’ve become a central part of the 24-hour news cycle, including by inspiring rebuttals — the Washington Post says Trump has made over 16,200 false or misleading statements since taking office — Trump’s comments, since last summer, have also inspired a growing public art project, one that has now come to Northampton’s A.P.E Gallery.

The Tiny Pricks Project began early last year when a New York-based textile artist and activist, Diana Weymar, stitched “I am a very stable genius” onto an old piece of embroidery from her grandmother. Weymar said at the time that she found the experience “cathartic,” a way of viewing Trump’s words in a different context and of documenting them physically — a permanent record, so to speak, that could outlast the throw-away sensibility of Trump’s favorite medium, Twitter.

After posting on Instagram a photo of that work and similar textiles she made, Weymar began hearing from friends and others involved with needlework who said they wanted to take part in the effort. People also began sending her samples of their work — on handkerchiefs, doilies and other pieces of fabric.

TOPICS: Culture/Society; Miscellaneous; Politics/Elections; US: Massachusetts
KEYWORDS: chat; chatforum; liberalagenda; mass; tds Navigation: use the links below to view more comments.
first 1-20, 21-32 next last
Some people in Western Mass have too much time on their hands. 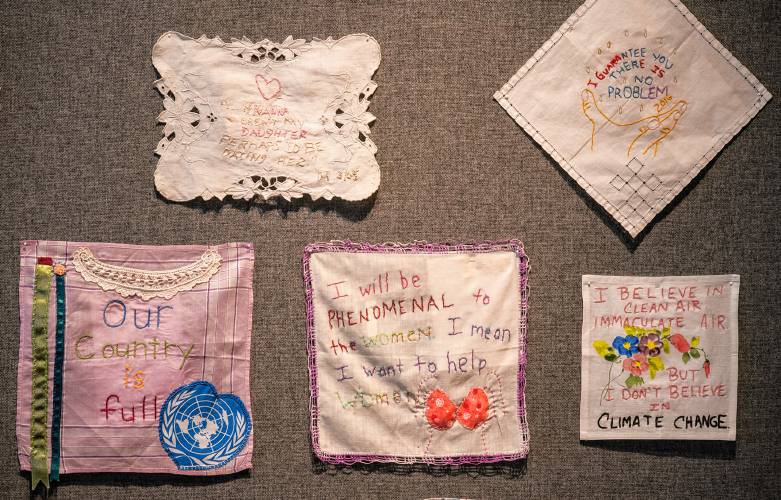 We could do the same with President Zero’s famous fibs. I wonder how the lefties would like THAT artwork.

One says...” I believe in clean air, immaculate air, but I don’t belive in climate change” 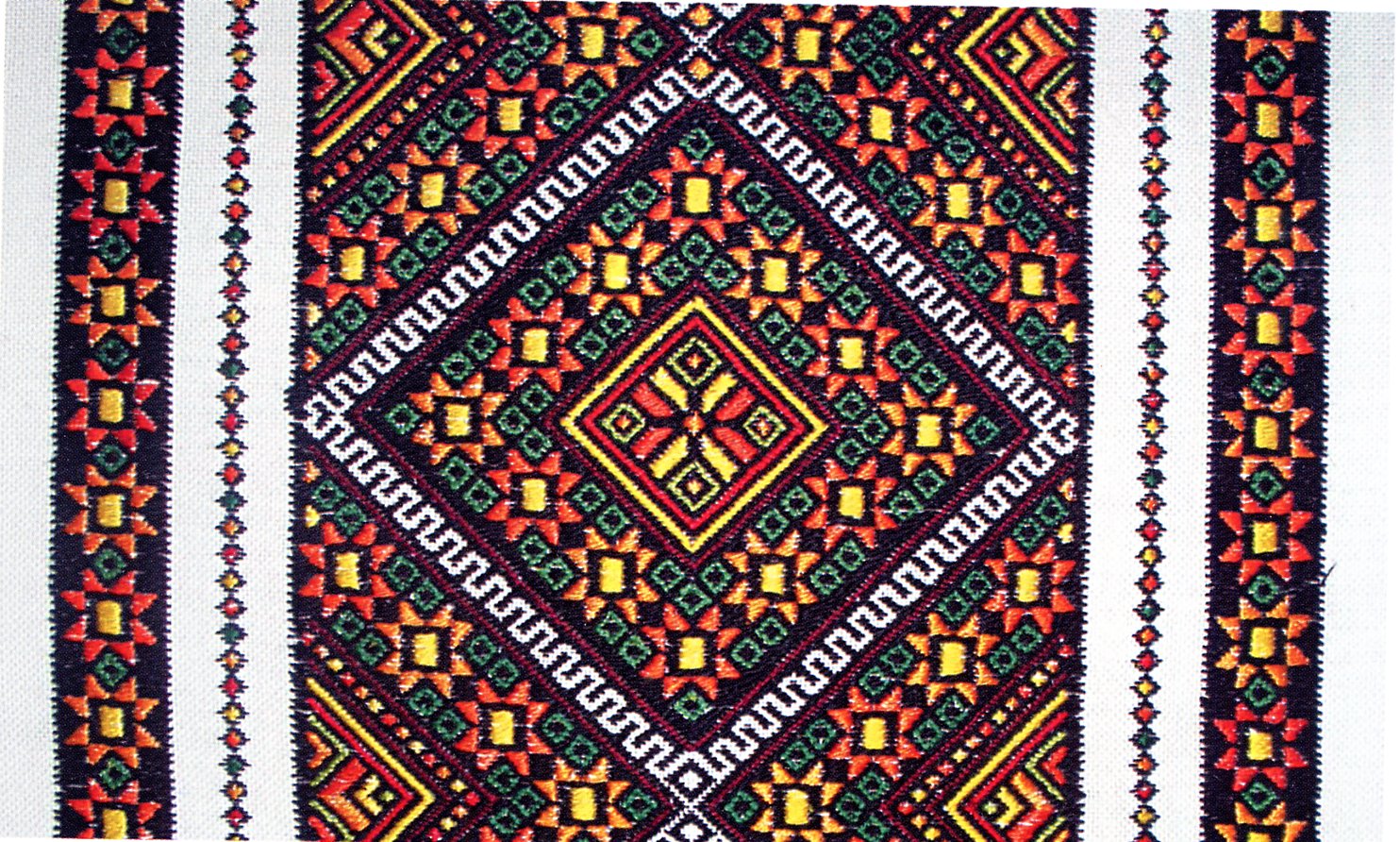 I thought this was going to be a thread about Michael Bloomberg.

9 posted on 02/15/2020 11:26:39 AM PST by GreenHornet
[ Post Reply | Private Reply | To 1 | View Replies]
To: BansheeBill
Trump is so skilled at getting his message out that his avowed enemies are embroidering his statements one stitch at a time into a family heirloom while they sit at home.

He's got them spending their spare time repeating his ideas over and over again. That's PR genius!

Wait, this is a Bloomberg thread, right?

Boy, they sure showed him who’s boss.

Great job syndicating this garbage, DU would
be proud of you.

“Great job syndicating this garbage, DU would
be proud of you.”

No doubt they are.

How can you even ask after that banana taped to a wall art they raved over?

16 posted on 02/15/2020 1:06:47 PM PST by itsahoot (Welcome to the New USA where Islam is a religion of peace and Christianity is a mental disorder.)
[ Post Reply | Private Reply | To 3 | View Replies]
To: BansheeBill
misleading statements

In other words one's interpretation. That's an opening to drive whole clown cars through.

I wonder if they allow women in that club.

That is really crappy needle work.

Starting at the age of 5, I learned every kind of needlework from different female relatives.

Instead of sending me to kindergarten, my mom taught me sew. My great-aunt actually had a knitting and crocheting school in Chicago! I was taught to tat!