The United States and the Taliban signed a historic deal Saturday aimed at winding down America’s longest war.

With Secretary of State Mike Pompeo watching over, U.S. special envoy Zalmay Khalilzad and the Taliban’s political chief, Abdul Ghani Baradar, signed a deal in Doha, Qatar, to begin the withdrawal of U.S. troops from Afghanistan.

In exchange, the Taliban is assuring it will not allow Afghanistan to be used by terrorists to attack the United States.

Despite the milestone, a long road remains before peace in Afghanistan, including intra-Afghan talks where the entire deal still has the potential to collapse.

“This is how we will ensure that Afghanistan never again serves as a base for international terrorists,” Pompeo said ahead of the deal signing.

“We’re just at the beginning. Furthering the cause of peace will require serious work and sacrifice by all sides,” he added. “This agreement will mean nothing and today's good feelings will not last if we don't take concrete actions on commitments and promises that have been made.”

The United States and the Taliban have been at war in Afghanistan since after the Sept. 11, 2001, terrorist attacks carried out by al Qaeda operatives harbored by the Taliban.

President Trump campaigned on ending America’s so-called endless wars and had made reaching a deal with the Taliban a top foreign policy priority heading into his 2020 reelection campaign.

TOPICS: News/Current Events
KEYWORDS: afghanistan; taliban Navigation: use the links below to view more comments.
first 1-20, 21-28 next last
1 posted on 02/29/2020 6:20:34 AM PST by yesthatjallen
[ Post Reply | Private Reply | View Replies]
To: yesthatjallen
“This is how we will ensure that Afghanistan never again serves as a base for international terrorists,” Pompeo said ahead of the deal signing.

Psst, hey Mikey, do just one more thing, stop all Muslims from entering our country. That will keep the terrorists away.

Nixon didn’t even have a peace deal signed in Vietnam by Novermber 1972, but with one clearly on the horizon he won in a landslide.

Now that was a bigger war, of course, and there were other reasons Nixon won big, of course, but still, there is some parallelism here, even if not exactly congruent.

(The one parallel I hope DOESN’T exist is how dismal the Republicans did in congressional elections that year despite Nixon’s landslide victory... a fact that can at least partially be laid at Nixon’s feet.)

Is there is even one person in the world who believes that?

Afghanistan will turn out to be even a worse debacle than Vietnam. At least the North Vietnamese didn’t plan attacks on the West after the war ended. What a disaster George W. Bush was.

Some day the pawns from the DC Divide & Control POWER CENTERS might see clearly. It is 2020

Islam does allow for peace with infidels IF it is for a mere pause in fighting to regroup and recover in the face of a stronger enemy. Mad Moe’s Mafia, however, never totally gives up on the fight.

During the meetings, the American chief negotiator pulled out a picture from his file, showed it to the chief Taliban negotiator and then put it back in the file. The American actually said nothing. He merely displayed the photo

The Taliban got the unspoken message 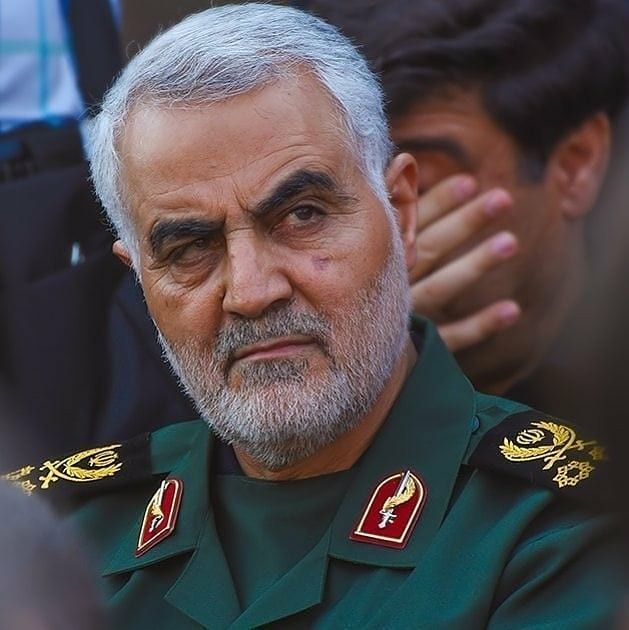 > During the meetings, the American chief negotiator pulled out a picture from his file <

Interesting. But put yourself in the shoes of a Taliban leader. You are a crazy religious fanatic. And an infidel foreign power has run roughshod over your country for 20 years.

Soon you will be back in power. After you are done killing all the collaborators, you’ll be thinking revenge. You won’t be going back to weaving blankets.

Joe Biden - of all people - was right. After 9/11 he said no boots on the ground. Just bomb them wherever they might gather.

It’s about time. Get out of that da*n country. Let it’s neighbors and Europe deal with it.

11 posted on 02/29/2020 6:55:52 AM PST by setter
[ Post Reply | Private Reply | To 1 | View Replies]
To: Nateman
Islam does allow for peace with infidels IF it is for a mere pause in fighting to regroup and recover in the face of a stronger enemy. Mad Moe’s Mafia, however, never totally gives up on the fight.

I agree. This is a case of be extremely cautions and verify.

A rapid ready force should be established.

We should have been out 15+ years ago, after the punitive expedition phase. No nation building, there’s no raw material for that.

Good. There’s no point in us staying anymore. The message was sent. Bin Laden is dead and the regime that harbored him payed a high blood price for it.

What the USA should have done at the time (2002) was PAID the Russian army (who needed the money desperately at the time) to go into Afghanistan and clean up. Bring us bin Landen’s head, no media, no questions, just make it happen. Straight down mercinaries.

We should have not cared if Afghanistan became a Russian satelite. It would have tunred out better for them, and for us.

George W. Bush missed so many unique opportunities. Right after 9/11 the entire West was on our side. A grand alliance against radical Islam could have been done, easily. And some sort of deal with Russia could have been worked out.

9/11 was, of course, an attack on the United States. Bush could have invoked the NATO defensive clause. Many people expected that. But no. Bush evidently wanted all the glory for himself.

Not only did Bush turn Afghanistan into another Vietnam, he went and invaded another country that had nothing to do with 9/11. It would be as if FDR decided to invade Russia right after Pearl Harbor.

(Sorry for the rant.)

Isn’t Obama amazing for setting up the foundation for this agreement? /sarc

Chalk up another loss for the USA, thanks to the likes of Colin Powell and the Bushs’.

Interesting, i remember making that assessment many years ago to a roomful of Generals who were horrified, and dismissive

Remember the ultimatum that got us in there?

Had the taliban turned over Bin Laden after 9-11, they would have met our terms and Afghanistan probably not been attacked