The only woman remaining in the 2020 race for the White House is calling on her party's top two competitors to help pressure the Democratic National Committee (DNC) to allow her to participate in an upcoming presidential debate in Phoenix.

Rep. Tulsi Gabbard, D-Hawaii, is now one of only three Democratic candidates still running for president. On Super Tuesday, March 3, she walked away with two delegates from American Samoa, which would have helped her qualify in the previous debate, held Feb. 25 in Charleston, S.C.

On Friday night, Gabbard took to social media and appealed to Biden and Sanders to let her join them on the debate stage once again.

"@JoeBiden @Bernie Sanders I’m sure you would agree that our Democratic nominee should be a person who will stand up for what is right. So I ask that you have the courage to do that now in the face of the DNC's effort to keep me from participating in the debates," Gabbard tweeted.

TOPICS: Crime/Corruption; Extended News; Government; News/Current Events
KEYWORDS: biden; debate; demdebate; gabbard; sanders; tulsi Navigation: use the links below to view more comments.
first 1-20, 21-39 next last
Really old white guys kick out the woman of color? Someone is supposed to be outraged by that. If nothing else, it's bad optics.
1 posted on 03/07/2020 3:28:18 AM PST by Libloather
[ Post Reply | Private Reply | View Replies]

‘The View’ laughs off Tulsi Gabbard after she won delegate on Super Tuesday: ‘Put a fork in it!’

I don’t think even Joe Biden would be dumb enough to put Gabbard on the debate stage with him. I think she would eviscerate Biden. She might pick up a trivial amount of votes from Bernie voters, but she has the potential to move a lot of voters from Biden to Sanders.

She would run rings around both of them and leave Biden as road kill. They wouldn’t dare let her on the stage with them.

At this point the rats would be crazy to fight for the Presidency.

If the coronavirus really takes off, we could be in for an economic disaster unparalleled in US history.

They might want to let Trump have that hot potato.

5 posted on 03/07/2020 3:41:48 AM PST by Califreak (If Obama had been treated like Trump the US would have been burnt down before Inauguration Day)
[ Post Reply | Private Reply | To 1 | View Replies]
To: FreedomForce
"She might pick up a trivial amount of votes from Bernie voters, but she has the potential to move a lot of voters from Biden to Sanders."

And that's exactly why the DNC (especially the Bidenistas) will move heaven and earth to keep her off of the stage.

Yeah, of one quarter Samoan ethnic descent. Lighter than lots of Italian and Greek Americans.

She may have 2 delegates, but that means nothing compared to having $60B’s.

Tulsi Gabbard deserves to be heard. They changed the debate rules to shut her up , and keep her from revealing the truth about Biden’s criminal corruption and his desire to be extortionist in chief, and Bernie’s Bolshevism born attempted revolution.

The DNC are liberal fascists of the 1st order. And Obama and ValJar are still pulling the DNC strings.

If Tulsi is not allowed to speak, she will likely become an asset of the Trump Campaign, and rightly so.

Warren and the MSM have been berating us for days now that “misogyny” is the reason Warren lost (no, she lost because she was a complete whack-a-doodle), and how it’s oh-so-terrible that there are “no women” left in the race - even though Tulsi is technically still “in the race”.

Then, the DNC changes the rules to exclude Tulsi from the next debate, even though by then-current rules she qualified to attend?

You can’t make this stuff up.

Not a chance. They just made sure she doesn’t Ha! 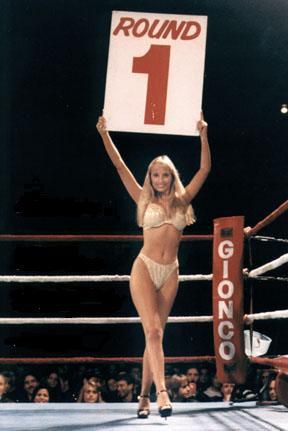 “she will likely become an asset of the Trump Campaign, and rightly so.”

How could this hardcore lefty be an asset of the Trump campaign? IMO about the only thing that separates her from the rest of the DNC herd that was running is she has a cleaner background. Aside from that, she’s no different.

Rule #1 in life...do not ever expect others to fight your battles. Bzzzt...Tulsi you are disqualified from being president.

I would say that if the Democrats let Tulsi Gabbard onto the stage, there is a chance she could actually win the nomination. She could easily out-debate either of these losers, but even bigger than that, Sanders will destruct because the US is not ready for a communist takeover, and Biden will either fade away into senility, or be hopelessly stained by corruption (his son’s investigation is about to proceed). The ultimate decider on who sits in the White House is God Almighty, and before you laugh and scoff, Trump was written off in the same manner as Tulsi Gabbard, and yet when he turned the corner, he never looked back. She has similar traits as Trump in the sense that she is relentless, unafraid, and not part of the establishment. I believe she could turn into a formidable opponent if the Democrats are forced to go with her, just as the Republican Establishment fought Trump tooth and nail, even to this day. Stranger things have happened in the world of politics. I really don’t believe that Sanders or Biden have a chance, but sometimes a diamond is found in the rough. That would be bad for America, but who can predict? It is all in God’s hands, so don’t be surprised by what happens.

She’s 38—the same age as Mayor Pete. In it for the name recognition and as a grooming exercise.

Lots of leftist positions and presumably an intel asset. Which means if she joined the Trump campaign she’d be up to no good.

I had heard Tulsi had one of them, didn’t realize until now she actually has two of them.

The Dems at this point are intent on retaking the presidency; if she has so little appeal within their own party, what could she accomplish nationally in terms of attracting votes? Once the Dems were down to two old white men as the leading candidates, it was clear the “diversity” nonsense was done - reality has set in.