TRENTON, New Jersey, April 16, 2020 (LifeSiteNews) – Democratic New Jersey Governor Phil Murphy said he “wasn’t thinking of the Bill of Rights” when he prohibited large gatherings of more than 50 people, including religious gatherings, in his state due to the coronavirus pandemic. “That’s above my paygrade,” he told Tucker Carlson during a Fox News interview on April 15.

Carlson pressed the governor multiple times on the constitutionality of a move that effectively banned significant numbers of people from coming together for worship services.

“How do you have the authority to order something that so clearly contravenes the Bill of Rights of the United States, the U.S. Constitution? Where do you get the authority to do that?” he asked.

“I’m just going to ask you one last time because I think it’s important. I’m sure you’ve thought about this. You can’t just, as the governor of a state, tell people who they can talk to, when, and where, because the Constitution of the United States, upon which all of this is based, prohibits you from doing that,” Carlson followed up.

Murphy then explained how he called Cardinal Joseph Tobin CSsR, the Archbishop of Newark, New Jersey. “I said, listen, I’m really concerned about drive-through Holy Communion because we had heard some stories about priests who unwittingly had the virus and unwittingly passed it on to parishioners.”

Tobin declared nobody was doing that, promising to “confirm that with my fellow bishops.” SUBSCRIBE to LifeSite's daily headlines U.S. Canada World Catholic

“That’s not denying someone their right to worship in any way. We have to find a different way to worship,” Murphy continued.

Carlson fired back that “government’s not allowed to tell people how to worship.”

The First Amendment to the United States Constitution guarantees not only freedom of speech, but also freedom of religion, including the “free exercise” of that religion.

Carlson also pressed Murphy on the fact that liquor stores are not affected by the coronavirus pandemic, as they are allowed to stay open. The governor argued that shutting down liquor stores would have led to “unintended mental health and addiction prices to pay, unintended consequences.”

Then, Carlson asked about potential mental health effects of not being able to go to church.

“I think we’ve had a very good common ground with faith leaders of literally every faith who understand this,” Murphy responded. He assured viewers leaving liquor stores open had nothing to do with tax revenues.

Interestingly, on March 18, Governor Murphy had insisted that “[w]e need all walks of our life, and in this case especially our faith leaders, to adhere to the 50-person maximum requirement in terms of gathering. We must get 100% compliance in our faith communities and around the state.”

During the March 18 press conference, he admitted that “because of these actions, we know that many of our houses of worship at the same time are facing very real challenges, and we pledge to work with them to seek out creative ways to mitigate their pain and ensure their long-term health.”

On the very same day, Cardinal Joseph Tobin announced that “all public celebrations of daily and Sunday Mass will be suspended until further notice.”

Similarly, “all public celebrations of the Sacraments and other public forms of worship are also suspended until further notice. This includes, but is not limited to, previously scheduled Confirmations, celebrations of First Communion, penitential services, Communion services, and Liturgies of the Word.”

According to the website of the Archdiocese of Newark, the decision “was made out of deep concern for the well-being of the faithful and wider community, especially those most at risk of serious illness or death, and in cooperation with statewide mandates.”

Three days later, on March 21, Governor Murphy issued Executive Order 107, a stay-at-home order that explicitly listed religious motives as an acceptable reason for citizens to leave their houses. “All New Jersey residents shall remain home or at their place of residence unless they are … leaving the home for an educational, religious, or political reason,” the Governor wrote.

The arrest of 15 Jews at a synagogue in Lakewood, New Jersey, which was brought up by Carlson in the interview, apparently did not take place because it was a religious gathering. Instead, the Washington Post reported, police found “60 to 70 people gathered outside the synagogue,” which exceeded Murphy’s “50-person maximum.”

Newsweek summarized the religious exemptions in various states in an article published just before Easter. “New York, the state with the most COVID-19 cases in the nation by far, has not restricted religious gatherings, although the state ‘strongly recommended’ that in-person services not be held. The states with the second and third most cases, New Jersey and Michigan, also include religious exemptions in their stay-at-home orders.”

Tobin is considered one of the most progressive bishops in the United States. In 2018, he tweeted, “Nighty-night baby. I love you.” He later deleted the Tweet and claimed it was “meant as a private communication with one of my sisters.”

In 2017, the Archbishop personally welcomed homosexuals to the Cathedral Basilica of the Sacred Heart in Newark as part of a self-described “LGBT Pilgrimage.”

Murphy, who is pro-abortion and signed assisted suicide into law in New Jersey, said, “We’ve got too many lost souls, believe me. Every one of them is a precious life.”

When leftist s***bags like Murphy think of the Bill of Rights at all, they think only of how to get around or subvert it.

the people of the state should say “Well, we weren’t thinking of contracts when we hired you- you’re fired!”

Geez I wasn’t thinking murder was against to law when I opened fired on him. Think that would fly?

Donut Boy Christie never thought about it either. 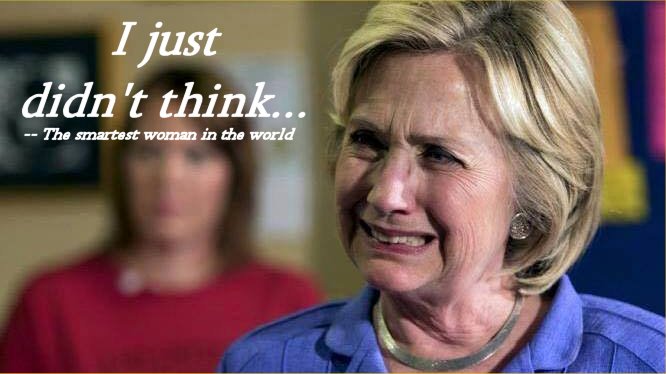 Not even the atheist commies at their height in the 1960s dared to just ban all religious gatherings by decree.

I, [NAME OF ELECTED GOVERNOR], elected governor of the State of New Jersey, do solemnly promise and swear, that I will support the Constitution of the United States and the Constitution of the State of New Jersey, and that I will bear true faith and allegiance to the same, and to the governments established in the United States and in this state under the authority of the people, and that I will diligently, faithfully, impartially, justly, and to the best of my knowledge and ability, execute the said office in conformity with the powers delegated to me, and that I will to the utmost of my skill and ability, promote the peace and prosperity and maintain the lawful rights of the said state, so help me God.

If Fail Murphy wasn't thinking about the Bill of Rights at any time during his tenure as governor, then he should resign immediately because he has failed to even live up to his own oath of office.

9 posted on 04/16/2020 12:29:06 PM PDT by Alberta's Child ("And somewhere in the darkness ... the gambler, he broke even.")
[ Post Reply | Private Reply | To 1 | View Replies]
To: Alberta's Child
If Fail Murphy wasn't thinking about the Bill of Rights at any time during his tenure as governor, then he should resign immediately because he has failed to even live up to his own oath of office.

None of these assholes have ever read the Constitution, yet they swear an oath to it. Bunch of lazy, pathetic liars and crooks.

When did Christie ban religious gatherings?

His 'paygrade' not only includes upholding the Bill of Rights, it's based on it. If he believes the Bill of Rights is above his paygrade, then he just admitted that he's under qualified for the position, and should resign accordingly.

Article I section 3 of the New Jersey State Constitution also calls for the freedom of worship. Let the litigation begin.

He did nothing to restore the 2nd Amendment rights to New Jersey.

The governor is getting a bad rap. He’s banning all assemblies of more than 50 people. His motive is without question only to reduce the spread of the disease.

If 50 people gather together and three have Corona, after the gathering is over possibly 20 will have Corona and they can spread it to others that didn’t attend.

The governor must think of those others. Those 50 people by gathering can become a danger to others.

The problem with Wicca-tholics like Murphy, Pelosi, et. al., is they call others Nazis while failing to realize that they are acting just like the German Nazis of 90 years ago right up to and including the occult beliefs and practices.

18 posted on 04/16/2020 1:17:38 PM PDT by MIchaelTArchangel
[ Post Reply | Private Reply | To 1 | View Replies]
To: cymbeline
Read the text of the Federal judge's decision when he issued a restraining order against the governor of Kentucky to prevent him from shutting down a religious service on Easter Sunday. It's an illuminating look at how Federal courts apply First Amendment protections to religious institutions.

If Walmart and grocery stores can operate with protective measures in place, then there is no damn good reason why a church couldn't do the same thing.

The State of New Jersey is going to get its ass handed to it in Federal court when this is all over ... and Murphy's "I wasn't thinking of the Bill of Rights" statement is going to be Exhibit A for every plaintiff who sues him.

19 posted on 04/16/2020 1:19:52 PM PDT by Alberta's Child ("And somewhere in the darkness ... the gambler, he broke even.")
[ Post Reply | Private Reply | To 17 | View Replies]
To: Morgana
Democratic New Jersey Governor Phil Murphy said he “wasn’t thinking of the Bill of Rights” when he prohibited large gatherings of more than 50 people, including religious gatherings, in his state due to the coronavirus pandemic. “That’s above my paygrade,”

If a basic understanding of the meaning of the Bill of Rights is "above his paygrade", how could have possibly have taken his Oath of Office?