Rep. Alexandria Ocasio-Cortez (D-N.Y.) addressed the sexual assault allegation faced by former Vice President Joe Biden (D) during an interview with NPR on Thursday, explaining that it was not a "clear cut" situation for Democrats.

Questioned on what she wanted to see happen in response to Tara Reade's allegation of a 1993 assault, which Biden has publicly denied, the New York lawmaker noted that Reade herself had not called on Democrats to abandon their support of the presumptive Democratic presidential nominee.

"I think a lot of what we can look for is, look at the aims that the survivor is asking for. And while a lot of folks, again, are trying to jump to the political implications, she has never explicitly said, 'don't vote for Joe Biden,'" Ocasio-Cortez said. "She hasn't explicitly said anything in terms of a political remedy that she wants. If anything, it sounds like she simply wants to be heard."

“It’s wrong,” Biden said. “And, it will be put to a quick end in January 2021, because as president, I’ll be right where I always have been throughout my career — on the side of survivors, who deserve to have their voices heard, their claims taken seriously and investigated, and their rights upheld.”

Blasey Ford was clear cut nonsense, and look what that put us through.

I don’t want this to hurt Biden. He needs to be the candidate during the debates. :)

Buy your popcorn now, like everything else there will probably be a shortage just prior to the debates.

What has happened is the media fast-forwarded to the political implications. "OMG. This could cause Trump to win. It might stop people from voting for Joe Biden!"

So, no media coverage. It's been debunked, you know.

Much more evidence for Reade’s allegation than there was for Ballsy Ford. 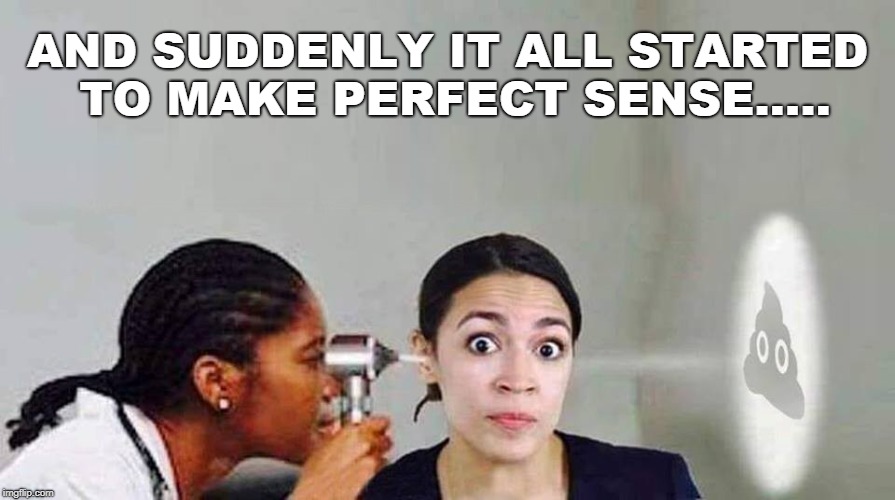 9 posted on 05/07/2020 6:59:29 AM PDT by Eric in the Ozarks (Baseball players, gangsters and musicians are remembered. But journalists are forgotten.)
[ Post Reply | Private Reply | To 3 | View Replies]
To: yesthatjallen
Lord help us if he gets in the White House. On second thought, no, no, no. if they put him in, and there is a good chance they will. They put obama in there twice and Bill Clinton twice,so it is not an impossibility. We deserve everything he does to us. If one more Democrat gets in the White House, the United States of America as it is known now and was is gone. It will occupy the same geographical area it always has but the area inside the borders will be drastically changed.
10 posted on 05/07/2020 7:02:53 AM PDT by sport
[ Post Reply | Private Reply | To 1 | View Replies]
To: sport

There must be war as a result

There can be no coexistence

When was it ever "bunked"?

So Blasey Ford could not remember when it happened, where it happened, didn’t tell anyone, but claims she was so traumatized she installed a 2nd door in her house....

Tara Reade filed a complaint, told her friends and her mother, and there is corroborating evidence including (among other things) a recording of her MOTHER talking about it on Larry King radio show shortly after it happened.

Someone should ask her what she wants.

14 posted on 05/07/2020 7:31:08 AM PDT by fatima (Free Hugs Today :))
[ Post Reply | Private Reply | To 1 | View Replies]
To: bert
You are correct, my man. What do you think was the purpose of all the “Kill Whiteys”, “and it is all the White Man's fault” as far as troubles and problems were concerned when obama was in the White House? Go back to Europe after WW1 During 1920.Specifically Germany. See what was being said concerning the Jews. Fast forward to the mid 30s and early 40s,same Country, Germany. See what is being done to the Jews. See a pattern? Hop the ocean and land in the United States of America. Listen to what is being said about the Whites? See a pattern developing? Under President Trump the rhetoric has quieted some but still bubbles under the surface.p>
15 posted on 05/07/2020 7:47:18 AM PDT by sport
[ Post Reply | Private Reply | To 11 | View Replies]
To: yesthatjallen

But the minute that she says "Don't vote for Biden", the argument from the Democrats then becomes, "See, she's just doing it for political purposes ..."

Somehow, I seriously doubt that AOC has EVER been the subject of a sexual assault-—of any degree.

Well I think her answer will be Justice.No one listened to her and now he is running for President.She deserves to have a voice and a hearing should be called.

I don’t know about that. From the neck down she’s not half bad.

Everything from the neck up is a no-go though...crazy eyes, horse teeth, annoying voice and personality.

But working in a bar I’m sure she got plenty of attention and probably did better for herself by speaking as little as possible.