Two PBS affiliate stations — which receive millions in taxpayer funding every year — are airing a pro-Beijing documentary, which was produced in conjunction with China Global Television Network, a Chinese media outlet controlled by the country's communist government.

Ditch the fake news ==> Click here to get news you can trust sent right to your inbox. It's free!

What are the details?

Investigative reporter Chuck Ross broke the news Thursday about the film, "Voices from the Frontline: China's War on Poverty," which touts Chinese President Xi Jinping's plan to end poverty in the country by 2020.

PBS affiliate KOCE, known as PBS SoCal, helped produce the film and premiered it Monday. KCET, which merged with KOCE in 2018, will air the show on Saturday. Other PBS affiliates, including in Idaho and Las Vegas, have either already aired the film or plan to do so later this month.

"In the last forty years, China's economic development has lifted more than 700 people out of poverty," reads the introductory script in the film.

"To President Xi Jinping, ending poverty is his most important task," the script states.

In his report, Ross noted that the film does not disclose CGTN's links to the Chinese government nor does it disclose film producer Robert Lawrence Kuhn's ties to officials at China's State Council Information Office, which reportedly specializes in foreign propaganda.

In February 2019, CGTN, China's primary state broadcaster, filed with the U.S. government as a foreign agent of the Chinese government, yet this goes..

When China has a “War on Poverty” they don’t mean it the way you think they mean.

Your tax dollars at work.

Should have been defunded decades ago. Actually should have never got started.

Anything you give over to the radical left...GOES RADICAL LEFT.

I will always believe that the dems and communist china colluded on this Wuhan virus too damage our economy and end the Trump MAGA.

Time to lose their funding. 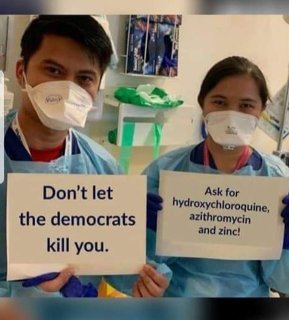 Public Broadcasting does not serve the public.

10 posted on 05/15/2020 7:05:28 PM PDT by jimfree (My19 y/o granddaughter continues to have more quality exec experience than an 8 year Obama.)
[ Post Reply | Private Reply | To 1 | View Replies]
To: cabbieguy
… the dems and communist china colluded on this Wuhan virus too damage our economy and end the Trump MAGA.

PBS affiliates have been known to share their donor lists with the DNC.

WGBH in Boston, and one, maybe two, in Minnesota, iirc.