Virginia governor spent 65 days on taxpayer-funded jaunts to his NC beach home since start of 2019
justthenews ^ | May 20, 2020 | John Solomon and Daniel Payne

On a Saturday night in the dead of August last year, Virginia taxpayers footed the bill as a state-operated plane roared from Richmond to one of North Carolina’s desirable beach destinations. The King Air 350 turboprop made the journey twice in six hours.

The VIP passengers? Democratic Gov. Ralph Northam and his wife, Pamela, the first lady of Virginia.

The listed purpose for a back-and-forth jaunt? The Northams took a brief break Aug. 31, 2019 from their Outer Banks beach vacation home in Manteo, N.C., to attend a horse race at the Colonial Downs track back in their home state and ceremoniously hand out a trophy to the winner. Then, they went back to the beach.

The trip is one of about two dozen that the Northams took to and from their beach home at taxpayer’s expense since January 2019, spending part or all of 65 days in the North Carolina resort community, according to travel records obtained by Just the News under Virginia’s Freedom of Information Act.

The governor’s public calendar posted online for citizens to see does not show the trips or dates, and when Just the News first sought the records, Northam invoked executive privilege to deny release of his office calendar notations showing the dates he stayed at the beach home.

Just the News appealed, and the governor’s office on Wednesday night relented and provided the calendar notations for his Outer Banks trips.

Those records show Northam spent about 13% of his last 505 days in office at his out-of-state beach home, which he first bought more than a decade ago as a private doctor before he was elected to the Virginia legislature or governor’s mansion.

Dare County, N.C., tax records show the Northams' beach home is valued at more than $579,000, was built in 2001, and has four bedrooms and three bathrooms spread out over more than 2,500 square feet.

“The Governor has owned his house on the Outer Banks for over 16 years, prior to entering politics. He and the First Lady sold their Hampton Roads home (a short drive from Manteo) shortly after moving to the Executive Mansion, but like other governors, he continues to maintain a property outside of Richmond,” spokeswoman Alena Yarmosky told Just the News.

“He travels there occasionally on the weekends, but has not been there since travel restrictions were put in place, nor since Stay at Home Orders went into effect. As you know, it is required that a governor's security detail go where the governor goes — as with previous governors, this includes travel to their properties outside of the Executive Mansion,” she added.

Emails released under the FOIA show that Northam's aides on some occasions had to schedule official events around the first family's many trips to Manteo, or decline invitations for official appearances. For instance, a June 5, 2019 email from aide David Cary to the first lady declined an invitation for her to attend a state business opening because she was going to be at the beach house.

"Just an FYI that this invite came in today for a day when you are in Manteo. I congratulated them on the opening and thanked them for thinking of us but said that evening doesn't work," Carey wrote the first lady.

On most trips to and from Manteo, Northam was driven in a state car with a state police security detail. On three occasions, he and his wife used the state plane, a King Air 350 turbo prop (typically equipped with 11 seats, a private bathroom and WiFi) to travel for events back in Virginia and then back to his beach house. State records indicate the hourly operating cost for the plane, absent the two pilots and landing fees, is about $1,165.

Aides to the governor were flown on the plane on two of those trips, an August 2019 funeral for a state official and an economic announcement in Abingdon, Va.

Records released by the Virginia State Police and the Virginia Department of Aviation under FOIA provide a partial picture of the costs for the trip. They do not include the salary or overtime for pilots (usually two) or security personnel (usually one trooper) but do include incidentals such as fuel, landing fees, meals and hotels.

The Department of Aviation records state the three trips to Manteo cost taxpayers about $9,000 split between the governor’s office and other state agencies for fuel and landing fees.

The state police said it incurred incidental expenses for trips — meals and hotels only — of more than $26,000. It did not provide salary or overtime or vehicle expenses.

File VAStatePoliceNorthamBeachExpenses.pdf The state police records show Northam spent time in Manteo for 10 of the 12 months in 2019 and for each of the first three months of 2020.

The governor spent several holidays at the beach over the past eighteen months, including most of the week of July 4, 2019, Labor Day weekend, his birthday weekend in mid-September, and the Thanksgiving holiday starting on Wednesday of that week, his calendars showed.

His final trip to his beach house listed in the records was the first weekend in March, ending less than two weeks before Northam declared a state of emergency in his state for COVID-19.

Northam has been a figure of national controversy since taking office in 2018, starting with allegations he appeared in racist garb and blackface in a student yearbook and continuing by signing into law measures expanding abortion access and imposing gun restrictions.

Gotta maintain that interstate good will, no matter how much it costs the taxpayers of Virginia, eh Guv (or should I say Baron)

Where are beaches on Virginia’s Eastern Shore, as well as the beach town of Virginia Beach. What’s the deal with the governor of a state owning vacation property out of state? Why doesn’t he stay in his own beautiful state for his vacation? How does he justify his state provided security detail traveling with him to another state, where he has no power or authority as a public official?

Coonman is about to piss a lot of people off .... got to kiss certain butts .... he owes them for saving his job.

Northam hinted at a possible mask policy after Richmond Mayor Levar Stoney sent a letter urging him to consider the move.

Widespread use of face coverings will reduce the spread of COVID-19 community-wide. And as the state reopens, Richmond’s residents and workers need and deserve our protection. @GovernorVA, I urge you to mandate face coverings in public in our Commonwealth. pic.twitter.com/qDncUzjJj3
— Levar M. Stoney (@LevarStoney) May 22, 2020

“There have been overwhelming recommendations to wear masks or face coverings in public spaces, and I stand firm that by doing this we can all reduce the spread of COVID-19,” Stoney wrote. “As the nation’s only doctor governor, I know that you understand that this is not the time for us to let down our guard, which is why I am continuing to encourage you to make it a requirement that Virginians must wear a mask or face covering while in a public space or visiting businesses.”

Keeping Richmond closed when the surrounding counties opened was not a popular move by Stoney - I happened to overhear a conversation last Friday when this happened & folks were rather “unhappy”.

It is getting close to the time where the process just doesn't work anymore. 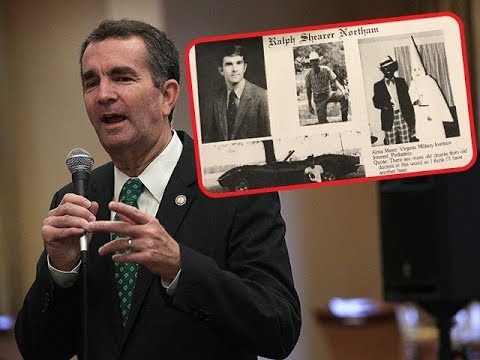 He’s the human version of a “dodo bird”.

Looks dark brown but keeps out those rays. Hums a few Al Jolson songs for some reason when he wears it. “Is it true what they say about Dixie? Does the sun really shine all the time?....”

I’d bet money that he has had off books trips to his beach house in the last two months.

Any politician who publicly wears a face mask is creating their own personal “Dukakis in a Tank” meme that will haunt their political career for eternity.

14 posted on 05/22/2020 7:13:04 PM PDT by Natty Bumppo@frontier.net (We are the dangerous ones, who stand between all we love and a more dangerous world.)
[ Post Reply | Private Reply | To 7 | View Replies]
To: shanover
Hey Virginia,SUCK IT or do something about it. Sorry if that is harsh. I live in NJ and nobody I know likes our POS a-hole governor.

I live in Northern Virginia, which is part of The Swamp. We can blame my Libtard neighbors for this doofus and the new legislature which wants to turn the Old Dominion into a People's Republic.

Probably some type of out of state face paint thing.

“I had no idea why they called me coonman!”

16 posted on 05/22/2020 7:25:22 PM PDT by Ransomed
[ Post Reply | Private Reply | To 4 | View Replies]
To: MarvinStinson
Perhaps it's instructive for the good Citizens of Virginia to keep in mind the following quote from Mister Northam...

Rotate the capital between the states/regions so everyone gets a taste of the fed super state and private support structure in their own state. Let that boat anchor be passed around so places like Virginia don’t have to tread water with it for decade upon decade. Led the fed-dependent employees become rootless gypsies that vote by by mail in their home state’s elections. That seems fair based on the income levels.

Work for North Carolina
Many career opportunities are available in North Carolina state government. We seek skilled, dedicated individuals with a wide range of education and experience in public safety, education, transportation, health care and more. Come work for NC.