The son of Minnesota Attorney General Keith Ellison tweeted on Sunday that he is declaring his support for Antifa after President Trump said that his administration would be declaring it a "Terrorist Organization."

Jeremiah Ellison, who is a member of the Minneapolis City Council, noted in the tweet that he believes "white power" terrorists are actually the ones engaging in the looting, arson and other riot activities as violent sects hijack some of the protests against racial inequality and police brutality in the wake of the death of George Floyd last Monday.

"I hereby declare, officially, my support for ANTIFA," Ellison said. "Unless someone can prove to me ANTIFA is behind the burning of black and immigrant owned businesses in my ward, I’ll keep focusing on stopping the white power terrorist THE ARE ACTUALLY ATTACKING US!"

Floyd died in the custody of the Minneapolis Police Department after officials said officer Derek Chauvin used his knee to pin Floyd, who is black, to the ground by his neck for several minutes as Floyd begged for air. Chauvin was later charged with third-degree murder and manslaughter.

"We are going to bring to bear all the resources necessary to achieve justice in this case," Ellison said in response.

Antifa is a far-left militant movement that calls itself "antifascist," and has no defined organizational hierarchy or membership process. Antifa demonstrators have been known to travel across state lines to engage in vandalism, looting and other forms of violence in places where there is civil unrest.

Cool - not get your Dad to say it again.

Then get your dad to get the governor of Minnesota and the mayor of Minneapolis to say it and we’re all set. 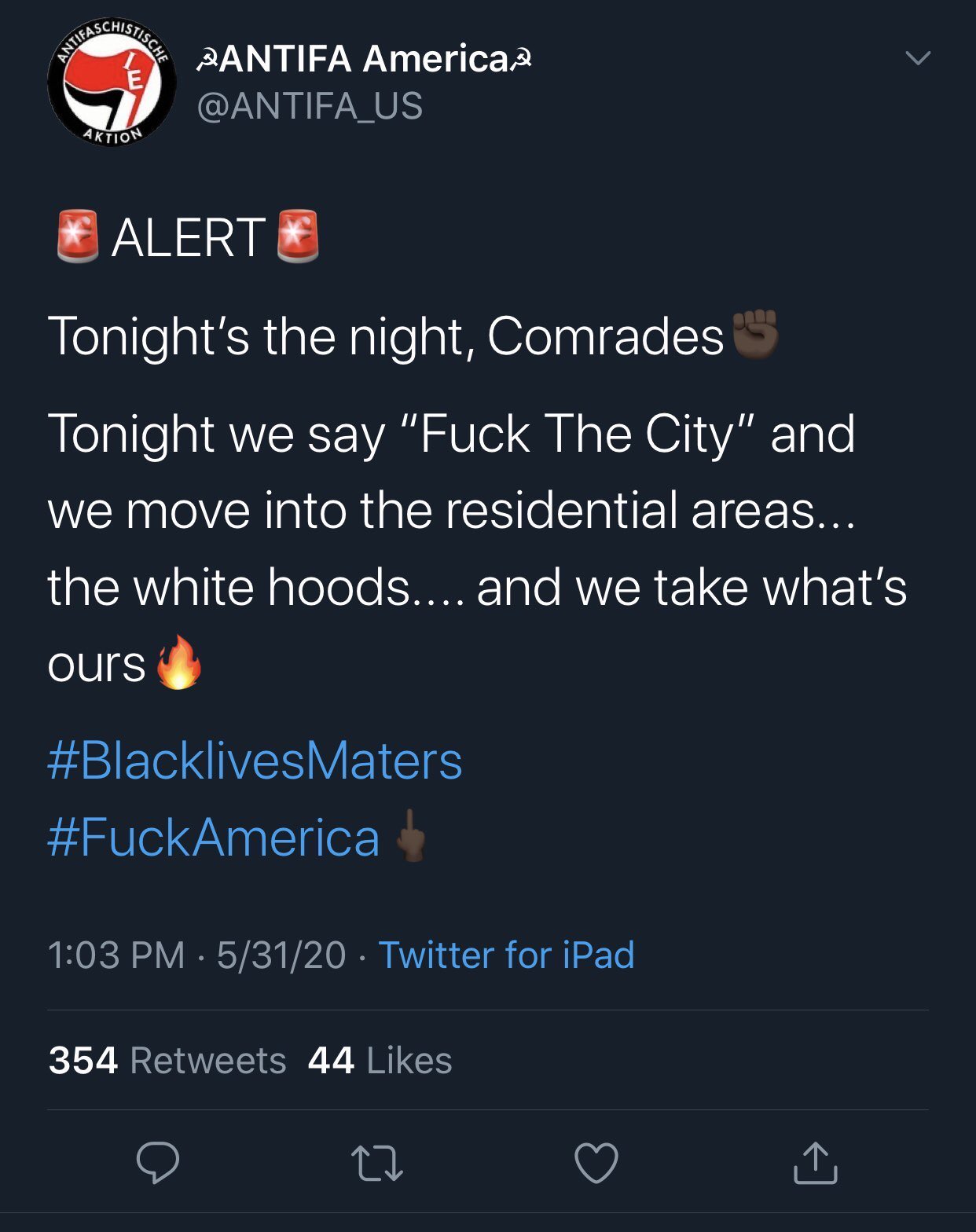 ‘
It’s the False narrative. White Supremacists actually did it all.

The Media is already peddling the Lie.

Jeremiah seems like the type of American who could be easily radicalized and trained for a group like ISIS or Nation of Islam. Maybe he already is. Are ‘ No Fly Lists’ still a thing?

I’ll be happy to give you what’s “yours.”

There aren’t enough true White supremacists to fill a bus let alone organize nationwide riots! The Democrats know all roads of this mayhem and violence lead right back to them. That’s why they’re sending out all their spokespeople to peddle this lie!

Don’t you love the smell of napalm in the morning?
Unleash the dogs of war. On ANTIFA.
Too bad we can’t use the same tactics we used to wipe out ISIS to destroy ANTIFA.
But we can get close.

Is there a link to this post by anti-fa?

The sh*t never rolls far from the pig

Methinks thou art a shithead

“Officially”
In other news - authorities try to figure out why gun and ammo sales are increasing in record numbers.

Why would anyone keep their business in this s***hole city when the government wants to burn it down?

41st and Central, 1969 – The Black Panther Shootout & the birth of SWAT
On December 9, 1969, a four-hour shootout took place at the Southern California Headquarters of the Black Panther Party. The massive exchange of gunfire was between a cluster of six Panther members who happened to be inside the headquarters and what would ultimately grown to be a force of 200 Los Angeles police officers, including a newly created LAPD team that would have its first real outing on that day.

The team was called the Special Weapons and Tactics unit—S.W.A.T.

Again it is a conflict of interest for AG Ellison to prosecute this case with his son on the city council and both in bed with Communist AF.

He and DeBlob’s daughter ought to get together and make a lovely Commie Couple.

Isn’t it a crime to support terrorist organizations. I hope his bank freezes his assets. 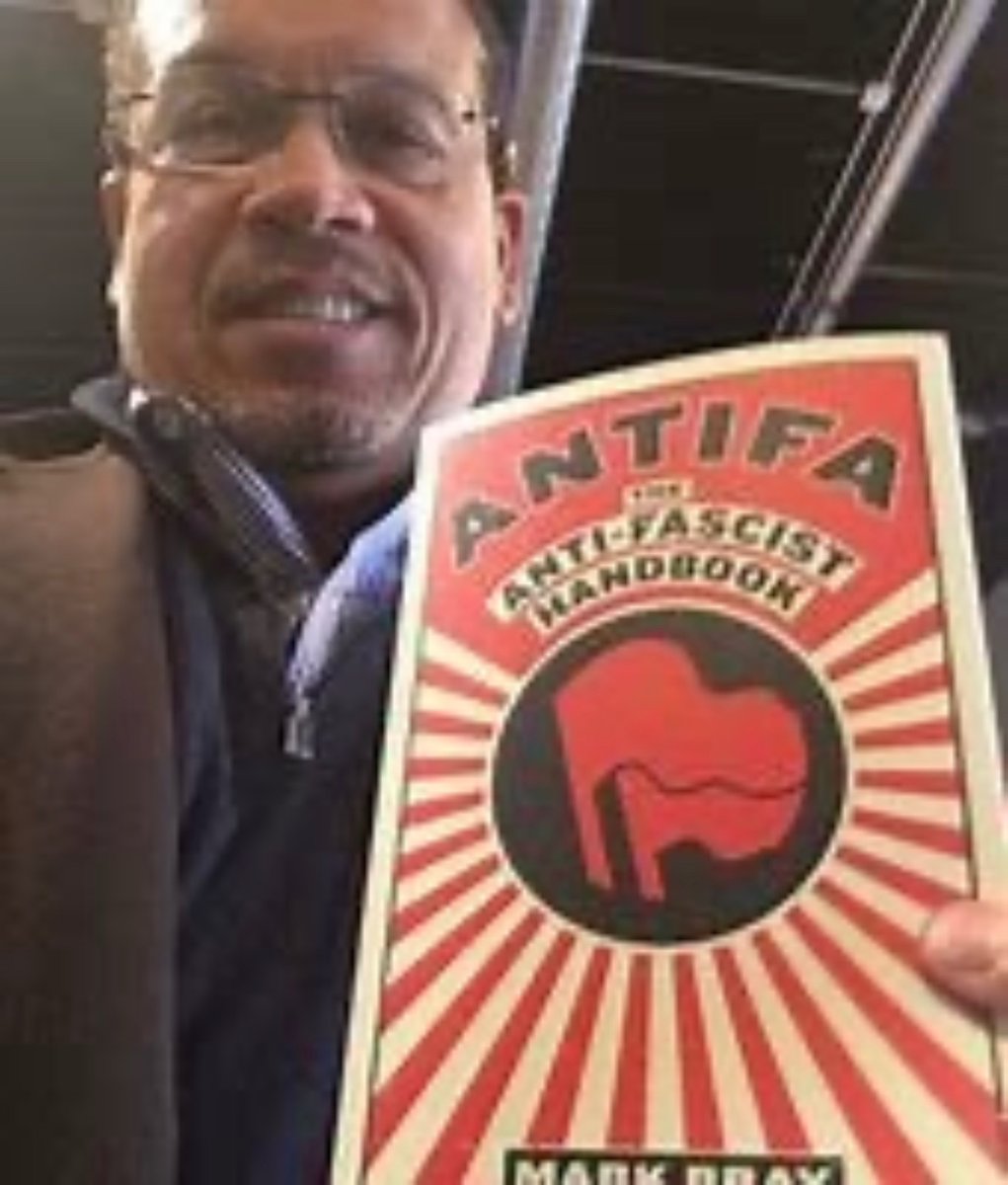 The kid’s a chip off the old red block just like his father is. In fact, he’s paralleling Deblasio and his commie wife’s two kids and Ilhan Omar’s daughter who came out as a red the other day (Democratic Socialists of America and I would suspect, a closet supporter of Somali’s Al Shabaab Al Qaeda affiliated group).