Let blue cities and their feckless leaders reckon with the destruction of the violence and looting.

Remember all those “peaceful protestors,” later amended to “mostly peaceful protestors”? You probably recall, also, the Main Stream Media’s determined effort to portray the people in the streets protesting the death of George Floyd as nothing but well-meaning reformers—until pictures and video made the spin wear thin.

Indeed, now even Democratic politicians are conceding that this wasn’t the “summer of love.”

With costly reality staring him in the face, Minnesota governor Tim Walz, on July 2, sent a letter to President Trump, formally requesting $15.6 million in federal disaster assistance for the damage done to Minneapolis and St. Paul during the protests/violence over the last two months. As Walz put it, “Nearly 1,500 businesses were damaged by vandalism, fire, or looting.” He added, “These corridors provide lifeline services like food, pharmaceuticals, health care, housing, and transportation to thousands of Minnesotans.”

In fact, Walz estimated that the total cost of the damage could be upwards of $500 million; he described the events in his state’s two largest cities as “the second most destructive incident of civil unrest in United States history after the 1992 Los Angeles riots.” Walz further observed, “The social and economic impacts of this incident will be felt for years, if not decades.”

Sen. Ted Cruz tweeted, “Minnesota Dems willfully allowed Minneapolis to burn & then blamed the police whom they demonized. Now, they want the fed govt to pay the bill.

Seems to me everyone of these cities should leave a burned out storefront as a memorial to these protests. 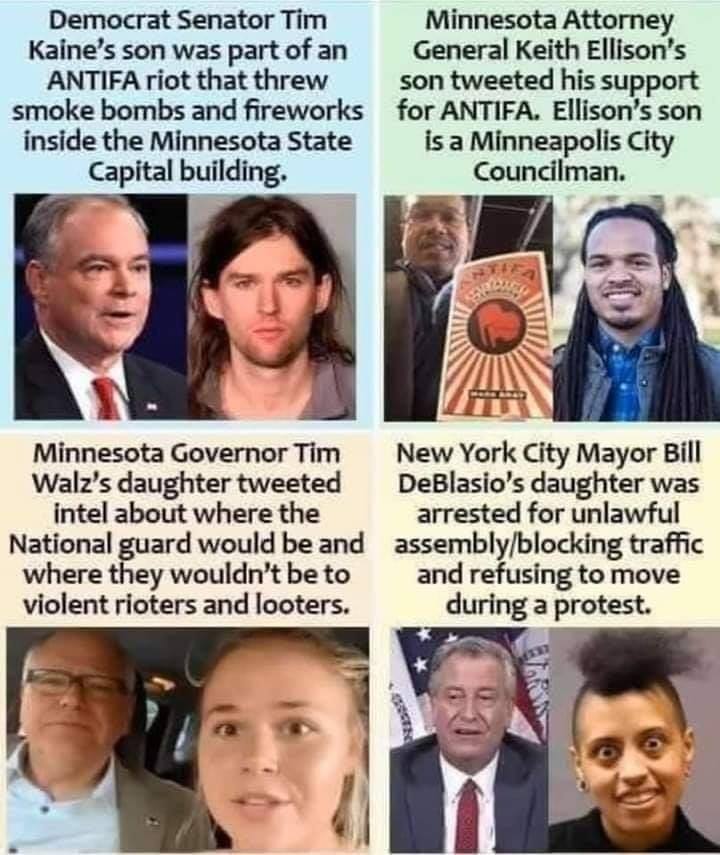 Use these as effective ads in local markets. Hopefully the Trump campaign is 110% geared up.

Republican Congressional candidates have great ammunition for the election season.

The local Democrat congressman (Larson) is “moderate”, at least by Democratic standards, and he has steadfastly refused to attack rioters, looters, and statue defacers and destroyers.

He has been in office forever, but I guarantee you that a tough Republican challenge focusing on this issue could turn a non-competitive seat into a competitive one.

It's straight out of George Orwell's nightmare. The Democrat Party is the Party of Big Brother--and Orwellian paradox:

And above all:
BIG BROTHER IS WATCHING YOU!

George Orwell was a prophet.

No candidate ran on defunding the police and having the police stand down during riots. We will see how popular these positions are in the next election.