Joe Biden finds himself in quite a pickle. The closer he gets to announcing a choice for his running mate, the more controversies pop up about the alleged frontrunners. Whether it’s trips to Cuba and fawning over Castro or baggage over past actions in office, some of the women on his list are potential disasters waiting to happen.

Let’s be honest – Joe Biden isn’t making the decision anyway. His team is doing it for him and they’ll let him know when a decision is made. All of the possible candidates are female and most are women of color because that is what is expected in today’s political climate. Sorry, Elizabeth Warren. She is not only a White woman but she is also a bit long in the tooth. Sleepy Joe needs some energy infused into his campaign and while Elizabeth Warren has a high energy level on the campaign trail, she is nonetheless a seventy-year-old woman who would be running with a 77-year-old man. Biden will celebrate his 78th birthday shortly after election day.

I keep thinking that since President Trump is starting to catch on favorably in polling with his law and order actions, Team Biden may be putting that at the top of the list of for qualifications. That could mean Kamala Harris because of her experience as Attorney General of California and the San Francisco District Attorney’s Office. But, her history in those positions is less than palatable to the far left. Biden could pick her because she is well-known but he doesn’t need her to deliver California for him and the Bernie Bros wing of the party wouldn’t be happy. Also, Kamala is an ambitious politician. She’ll run again for president and Biden will have to keep looking over his shoulder with her. She didn’t catch on with voters during the presidential primary. A recent USA Today/Suffolk poll shows 72% of Democrats want Biden to select a woman of color as his vice president. In that poll, 36% said they would be excited with Harris as the choice.

Team Biden could choose Rep. Val Demings if he’s going with a law and order choice. She had a 27-year career in law enforcement that ended with her being the first woman to become Chief of the Orlando Police Department. She was also a member of the House impeachment team. She has raised her profile during the BLM marches and rioting through cable news interviews. Her professional history, though, will likely not go over with the BLM supporters. This is 2020 and that is just how it is.

Susan Rice is alleged to be at the top of the list. She’s got experience in foreign policy and Biden worked with her during the Obama administration. He is said to be comfortable with her. Conservatives would rejoice if she is chosen because of her hideous record in foreign policy, including Benghazi. For those hoping Biden will be Obama’s third term, Rice would be a good choice. She could help get the rest of the band back together. That would be enough to send any conservative running, not walking, to the polls in November to vote for Trump. She’s never run for elected office, though, and her personality isn’t exactly all warm and fuzzy so she’d be an unknown quantity on the campaign trail.

Those three women of color are the ones who I think are at the top of the list. I did see Stacey Abrams on a Sunday show yesterday but I think her ship has sailed. And, I saw Karen Bass on one show but, as referenced above, she has some real baggage that has to be explained away.

One name that no longer makes news for being on the list is Amy Klobuchar. She would be a reasonable choice but she’s a White woman. She could bring the moderates out to vote and help pretend that Joe won’t go bat poop crazy to keep the far-left appeased once he gets into office. He’s already said he’ll be the most progressive president if he’s elected so Klobuchar could calm the voters in the middle of the country. But, he won’t pick her. She really got the short end of the stick, if you ask me. She dropped out of the primary and flew immediately to Texas to campaign for Joe. I’m not sure what Team Biden promised her but it seems like she got a raw deal.

Originally, Biden said he’d announce his choice on or near August 1. Since then the timeline has been fluid. Now the announcement is reported to be pushed back to August 10. The Democrat convention begins August 17, so he’s running out of time if he’s going to make an announcement before then. Biden is beholden to Black voters, especially Black women voters, so he limited himself right away as he pandered to Black voters. Now he has to keep the Bernie Bros happy. Will Sanders play a part in the selection of Biden’s running mate? Bernie’s voters are not at all excited about Biden. Sanders is now telling Democrat voters to just go ahead and get Biden elected and then they can work out their agenda after Biden’s in office. Which sounds a lot like, “Just hold your nose and vote for Joe.” Not exactly a rousing endorsement, amirite?

I have no sympathy for Team Biden. The longer they take, the worse the top contenders look. The party of identity politics is more concerned about checking boxes than looking clear-eyed for the best running mate. That’s fine with me. I don’t want the next president to be a Democrat anyway, especially one who will only be a figurehead and allow the Marxist wing of the party to gain control.

Did Bernie announce as a black woman?

He painted himself into a corner by promising to name “a woman of color” and they all keep failing the background checks.

It’s getting fun to watch.

Gov Cuomo is waiting for the call. The Democrat plantation will get another white male Massa. All of this pickaninny talk was BS. We’ll see.

It has nothing to do with Slow Joe. The CPUSA Bolsheviks have not made their choice yet. The Slow Joe sock puppet does not make the choice, he only delivers their choice.

This delay tells me Biden cannot find a qualified black woman for his ticket that his internal polling is not showing him will be a drag on his campaign. Most voters, other than black women demographic, will recognize it as an affirmative action hire and will not be able to envision any of the black women he is considering as a replacement President when he loses his mind. He already owns the black vote anyway. Bet he starts floating white woman vice president running mate trial balloons in next few days and eventually goes with either halfwit Wittmer, Klobachar or Duckworth to try to gain advantage in some swing midwest states and pander for the female vote at the same time.

Maybe they’re trying to figure out how to replace Biden.

I suspect that there may be something to the theory that they were ready to go with Bass... until someone in a rival’s camp dumped the oppo research about Scientology and Castro. And now it’s back to the drawing board.

Biden will celebrate his 78th birthday shortly after election day.

Unfortunately for Joe he will still be former Vice President
Biden.

Must be black. Must be a woman. This is the kind of “tolerance” we have come to expect from the hateful Left.

Because Joe’s handlers have not told him who to pick yet... They keep poll testing candidates with different results every time... There is NO good choice that can even help when you have sleepy Joe as the the presidential candidate.

Because with no real rallies and no conventions it’s pretty much the only way to generate headlines.

NOT Moochelle, please.
besides she does not want that job!!! She doesn’t want the job she has now, which is basically doing nothing.

Anyone with three or more syllables in their name is probably out.

Joe doesn’t know his own name..he has dementia, so once their internal pollings show some “women of color” with good results they will go with her

He’s trolling. If he delays till the Democrat “convention” then that’s about a week before the Republican “convention” and the pick may steal some of the thunder from the Republican show. If nothing else there will be constant comparisons between Pence and whoever it winds up being, which takes the spotlight away from the top of the ticket. At least for a little while.

I suspect there is disagreement among his “advosors” or politburo.Joe has no input at all. 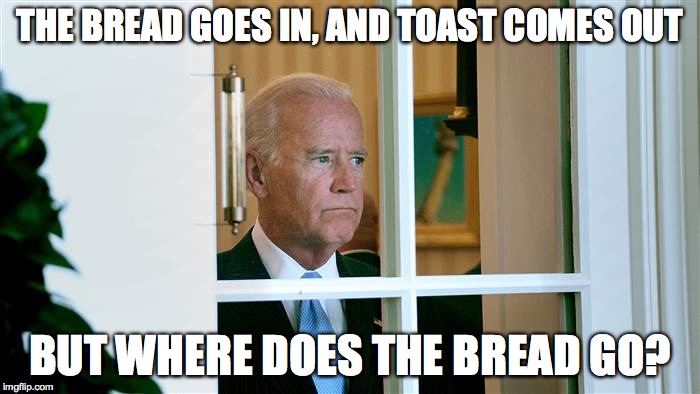