The survey, from the Democracy Institute commissioned by the Sunday Express newspaper, shows Trump leading Biden 48 percent to 46 percent. What’s more, Trump has opened up a bigger lead according to this poll in the crucial battleground states, meaning the president by this pollster’s estimates currently is projected to win 309 electoral votes—more than he did in 2016.

Overall, this poll has Trump nationally at 48 percent to Biden’s 46 percent with six percent undecided. Among white voters, Trump leads 53 percent to 46 percent. Trump is surprisingly strong with black voters at 20 percent in this poll—he got about eight percent of the black vote in 2016—while this survey has Biden at 77 percent. Hispanic voters in this poll break for Biden 51 percent to 38 percent, which would also represent an increase for the president over his 2016 performance with Hispanics.

“Crucially, President Trump has a lead of 48 percent to 43 percent in the swing states Florida, Iowa, Michigan, Minnesota, Pennsylvania and Wisconsin which would put him back in the White House with an electoral college tally of 309 to Biden’s 229,” David Maddox, the political editor for the Sunday Express, wrote about his newspaper’s survey.

When it comes to the electoral college, this pollster argues that Trump will pick up Minnesota and New Hampshire but that Biden would pick up Wisconsin.

A curious poll from the Democracy Institute shows Trump winning in Florida, Iowa, Michigan, Minnesota, Pennsylvania, and on course to win the Electoral College 309 to Biden’s 229. The Institute’s poll showed that 58 percent voters found Biden likable, compared to just 29 percent for Trump — but 58 percent also thought the Democrat was exhibiting ‘some form of cognitive decline, such as the early stages of dementia’; 60 percent thought Biden too old to be president; and 63 percent said he had not been ‘sufficiently critical of the violent rioting.’

On the other hand, 61 percent approved of Trump’s handling of the protests and riots and 69 percent said the President was a ‘strong leader’, compared to just 24 percent for Biden. If anything, respondents suggested that Trump had not been firm enough with protesters: 48 percent said he had not been ‘tough enough’; compared to 25 percent who said ‘too tough.’

The poll also points towards a potentially huge ‘Shy Trump’ voter cohort — only 27 percent of Trump voters said they were comfortable with people knowing how they’d vote, compared to 83 percent for Biden. And that’s the ones willing to tell pollsters what they really think.

Biden is in trouble

A growing majority of voters think Biden may be suffering from the early stages of senility. His public appearances – as few, scripted, and choreographed as they are – add fuel to this potentially devastating political fire. Democratic strategists fear the forthcoming TV debates against Trump will only cement this impression.

Our poll is picking up the drip-drip effect of the Trump campaign’s months-long campaign, via television and digital advertising, to convince voters that Biden’s simply too old, too tired, and too mentally taxed to be a credible occupant of the Oval Office. Combined with a relentless torrent of advertising tying Biden and the Democrats to the violent protests and the calls for defunding police departments, the ads are working.

The Trump campaign’s effectively doing to Biden what Barack Obama’s campaign did to Republican Mitt Romney in 2012: use its much larger war chest to drown its opponent in negative attack ads that serve to define (in Romney’s case) or to redefine (in Biden’s case) your opponent in voters’ minds.

Tellingly, the Trump campaign’s peeling away both Black and Hispanic voters from Biden. Today, four in ten Black voters approve of Trump’s performance. Half of those voters plan to vote for him. If Trump does receive 20 percent of the Black vote, he will be reelected. Full stop.

His reelection will be underlined should his Hispanic support hold. Currently, four in ten Hispanics plan to vote for Trump. Biden simply cannot win enough White votes to compensate for losing so much Hispanic support.

Are they polling mail-in balloters? Because that is how the DEM scam will be pulled.

Right... need a 10% lead or better to be shananighans-proofed.

0 Electoral votes are too many for..Negatives Joe.

ARE YOU SERIOUS? This azzhole is the best they have?

You say you want a revolution? When do not privileged whites join with others?

Arm up, Americans. We the people can eliminate one of the parties in a couple of months. SEND A MESSAGE.

When does it become obvious that the privileged MOB called “government” has turned against its citizens? Both sides and their agencies. 26+ TRILLION of tax/debt/war slavery. 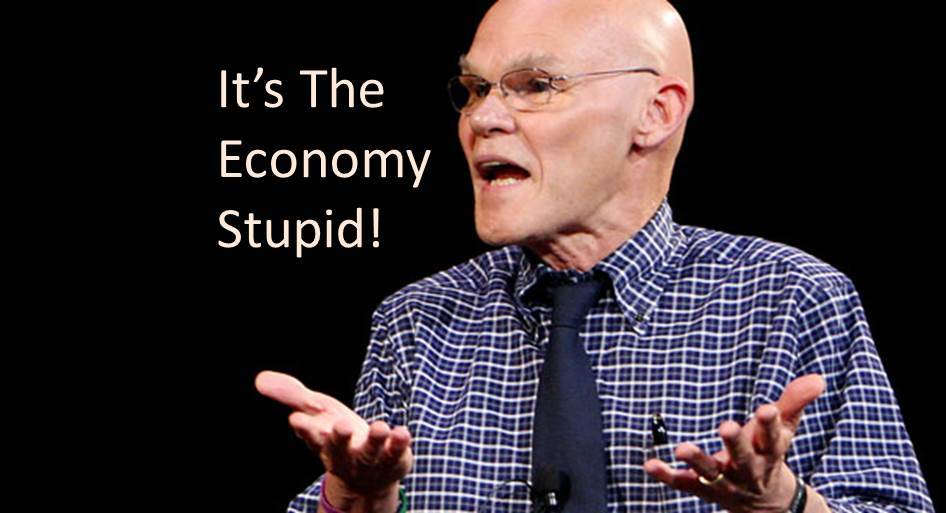 What’s on the menu for Democrats. More and an up tick riots. No, that’s not working well for the Democrats. Besides, they may have pulled African Americans back into the party with the accusations of systemic racism and police violence towards African Americans. They have played that well but maybe not enough. Any thinking person will see the lies.

Another pandemic? They have played that as much as they could imo. I expect a major drop from April in the acceptance of lock downs and forced unemployment. People are getting very tired of it.

Where do I get one of those flags?

MSN and others continue to have story after story “Like LBJ in 1968, GOP may tell Trump to choose not to run again” “Like Nixon, GOP group may tell Trump it’s now hopeless” “Biden Needs 3 swing states-—he’s ahead in 6.”..... “GOP to run against Trump to try to save Senate....”

Could it be the media is biased and making a totally false poll propaganda effort to discourage voters? I would be shocked. /S

Poll: 62% of Americans Say They Have Political Views They’re Afraid to Share (77% of Republicans)

And Trump wins bigger over Beijing Biden than he did over corrupt Hillary.

Larry Schweikart has pointed out in the past, that although polling data might be manipulated “push polling”, it can still indicate things about the strategy driving them.

He mentioned that as long as they were faking polling to show a big Biden lead, they were probably not moving to replace Biden as the candidate.

Maybe this is the bell beginning to toll on the Biden candidacy.

More fake newz. We all know that rip van biden leads by 1,500 points when 1,006 likely/possible/maybe voters were polled. :-)

Of course they want to replace plugs

but who the hell are they going to put in his place there ?

The bottom line is the Democratic Party, for real people , is imploding

BINGO. The switcheroo is right round the corner.

translation: Biden is in such bad shape that nobody is buying our lies anymore.

ARE YOU SERIOUS? This azzhole is the best they have?

YES, this azzhole IS the best democrats have...the others are worse.