WNBA players on the Atlanta Dream squad, which is co-owned by Sen. Kelly Loeffler, showed up to their Tuesday game wearing t-shirts promoting the Georgia lawmaker’s Democratic challenger.

The statement against Loeffler, who is unpopular among many WNBA players for her opposition to the Black Lives Matter movement and the league’s affiliation with it, was captured on camera and posted to social media.

Members of the Dream’s Tuesday opponent, the Phoenix Mercury, even joined in — with players on both sides entering the arena wearing shirts emblazoned with “Vote Warnock” and “Black Lives Matter.”

She should show some leadership and fire them. It is her team and they should be loyal or quiet, else find new work elsewhere.

We are @wnba players, but like the late, great John Lewis said, we are also ordinary people with extraordinary vision. @ReverendWarnock has spent his life fighting for the people and we need him in Washington. Join the movement for a better Georgia at https://t.co/hC8iF9urak pic.twitter.com/mvN5e9m4oO— Elizabeth Williams (@E_Williams_1) August 4, 2020 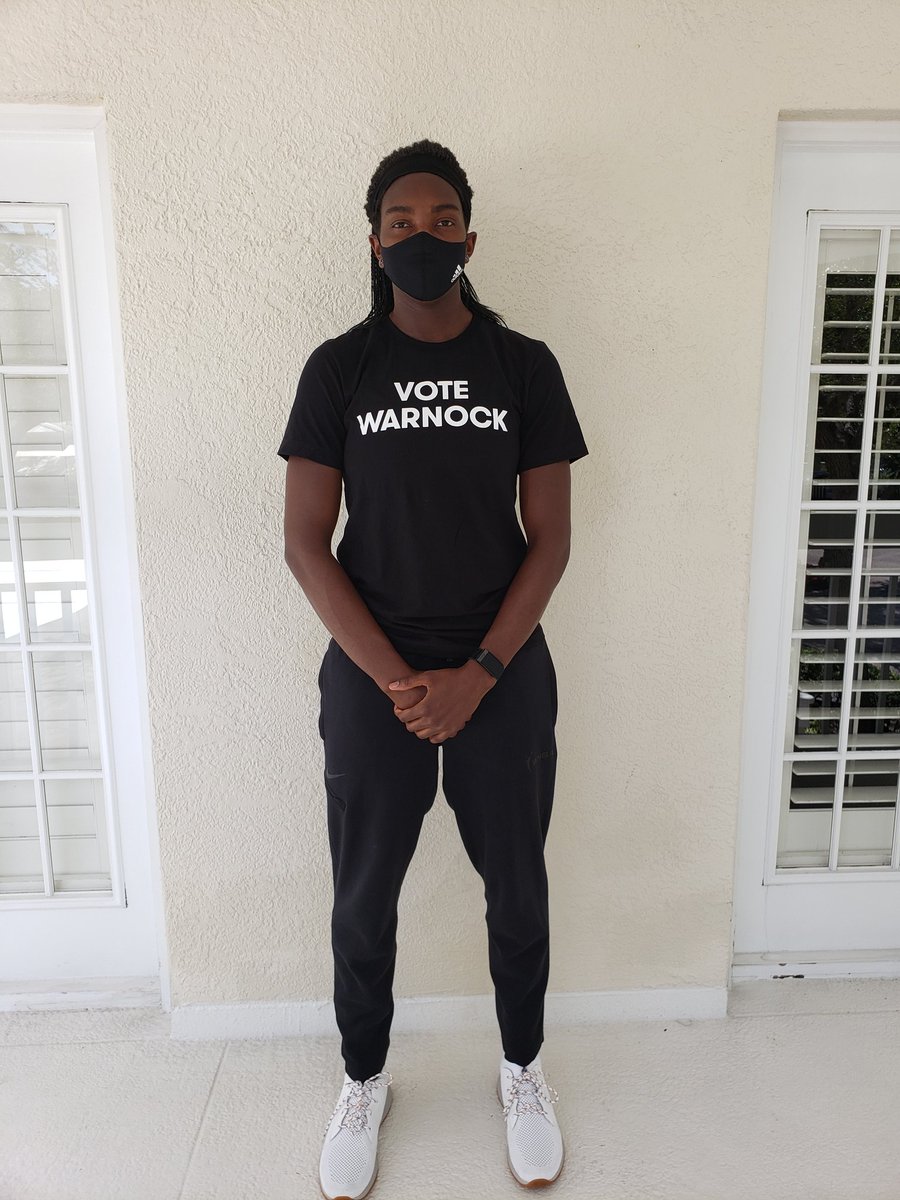 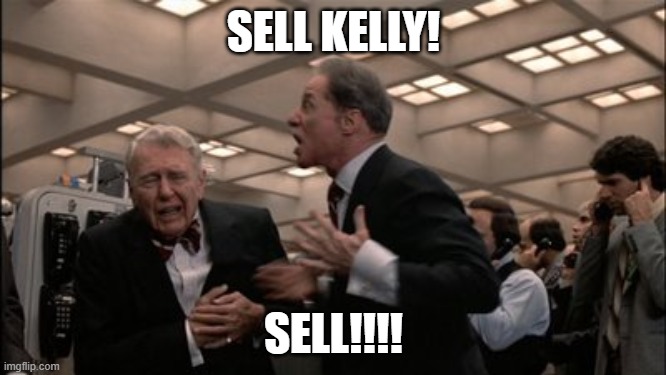 We are @wnba players, but like the late great John Lewis said, we are also ordinary people with extraordinary vision. @ReverendWarnock has spent his life fighting for the people and we need him in Washington. Join the movement for a better Georgia at https://t.co/yoJkjDeYy7 pic.twitter.com/IwK6xRqTIJ— Sue Bird (@S10Bird) August 5, 2020 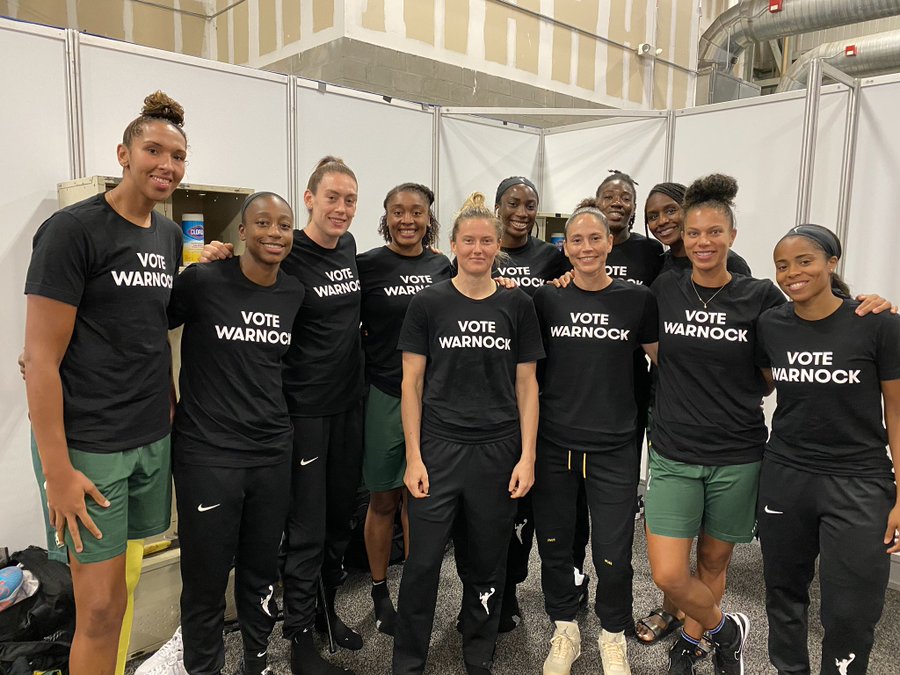 Fire the offending players and hire supermodels to take their place. Its not like people watch the WNBA to see the pinnacle of the sport...come to think about it...not sure who watches the wnba.

Georgia is a toss-up state, and we can flip Georgia blue! This is a people-powered campaign and we’re not taking a dime of corporate PAC money. Pitch in and join our movement today:https://t.co/80ILFRTJdB— Reverend Raphael Warnock (@ReverendWarnock) August 5, 2020 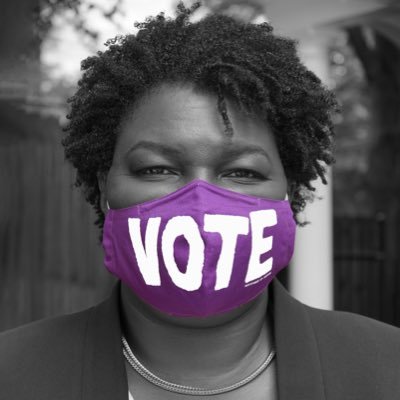 I am proud of these players. Thank you for connecting the dots between social justice & voting. @ReverendWarnock is one of the bright stars vying to for U.S. Senate in Georgia - he’s got this. https://t.co/w6nAFG0p6K— Stacey Abrams (@staceyabrams) August 4, 2020

They should support Collins instead.

So she pays leftist agitators a lot of money to dribble. Wasn’t there an article this week saying liberals agree it’s fine and dandy to fire President Trump supporters? When is your 9/11 moment Senator Kelly?

#7. That photo of Abrams with a mask on her face is probably the only one with her mouth shut.

Re Protestors of the Loeffler’s team should be fired, their contracts ended “for cause” - “insubordination”, and the assets of the team sold off.

As for the WNBA, they have been subverted and should be ignored. I wonder if there is a “proper behavior” clause in their contracts.

I’ve got some WNBA cards from the 90’s when the players were non-political and role models for young girls. Today they are nothing but ignorance political pawns who are too stupid to realized that they are being “played” and it’s not in basketball.

Do one better - fire them and hire all transgenders to show how woke she is!

Its not like people watch the WNBA to see the pinnacle of the sport...come to think about it...not sure who watches the wnba.

Who watches WNBA? A good question...

I think many, not all, fans of WNBA are lesbians...

I watched a few WNBA games on TV...But, after a few minutes, I changed the channel...I did not find the game to be too interesting...

I have watched women’s NCAA tournament games...Some of them were interesting...
For example, UConn has an excellent women’s basketball team...UConn once had a long undefeated streak going...

About this T-shirt business...It is ridiculous...Show up at the game wearing a T-shirt supporting some political candidate? That is going too far...
Nobody in the WNBA league office thought that players went too far?

I don’t want athletes to show up at the game wearing the T-shirt supporting a candidate...I don’t care if that shirt supports President Trump...I just want no partisanship displayed at the game...

WNBA needs more fans...Do the players realize that? WNBA gains more fans then it will earn more money...Then the players will get paid more...Has anybody told the players about that? I am sure players do care about how much money they make...

In my opinion, WNBA will not get more fans if the players act like some social justice warriors...

I am not going to watch WNBA games on TV any time soon...Not unless players act more responsibly...

I’ve got some WNBA cards from the 90’s when the players were non-political and role models for young girls. Today they are nothing but ignorance political pawns who are too stupid to realized that they are being “played” and it’s not in basketball.

I do remember Lisa Leslie from those years...She was a fine player...

I don’t think Chuck Schumer is sending a huge amount of campaign money to Warnock...

my high school boys team back in the day would would have wiped the floor with these players.. same thing with the women soccer players

WNBA players do not earn millions. The highest paid player makes around $200,000 a season and most earn a lot less than that. Whether they make more from endorsements I don’t know since I don’t follow women’s basketball.

Some ugly dudes in that group.

Good comment, L.A. Justice. The players with T-shirts are killing interest in their support while the WNBA is struggling to gain followers. It’s surprising to me that the politicization of sports continues after the big hit the NFL is taking to stadium tickets.

Now, with Covid, it’s going to be even tougher to fill stands. At some point attending the games loses its fascination for the fans. Better to watch on T.V. anyway — a better watching experience.

That would be freaking awesome