Black Lives Matter activists continue to rage in the streets and ­inside our institutions, demanding police reforms. Many of the strategies they advocate have already been tested in the Pacific Northwest, where I live. They have proved disastrous.

Consider Seattle, where it’s rare for most criminals to see meaningful jail time. City Attorney Pete Holmes, a Democrat, fails to charge on half the criminal referrals he receives, because he doesn’t believe jail works for many offenders. When he does move forward, and a suspect isn’t already in custody (many usually aren’t) he declines charges in 65 percent of the cases.

Even when the suspects do make it to court, prosecutors downgrade charges. Then, instead of sending offenders to jail, judges usually push them into voluntary programs to address the “underlying causes” of their criminal ­activity. The real-world result? The offender doesn’t follow through and ends up recommitting.

A 2019 report by the Downtown Seattle Association detailed 100 prolific offenders who were booked into jail 636 times within a year. A month after the report’s ­release, 48 offenders were booked again. Among them is Francisco Calderon, a homeless man. His sister says he suffers from mental illness. His crimes include assaults and throwing coffee in a toddler’s face.

He was most recently ­accused of threatening to stab people with a needle. When one judge finally put Calderon in jail, Holmes, the city attorney, led a public campaign condemning the judge.

Similar patterns prevail in nearby Portland. Antifa radicals have occupied the streets for more than 100 nights, throwing Molotov cocktails at police and attempting to burn down buildings. But Multnomah County DA Mike Schmidt refuses to charge most arrests stemming from the riots.

There’s a simple solution: build a wall around these cities.

Publish the addresses of the Prosecutors’ cribs. Block their streets. 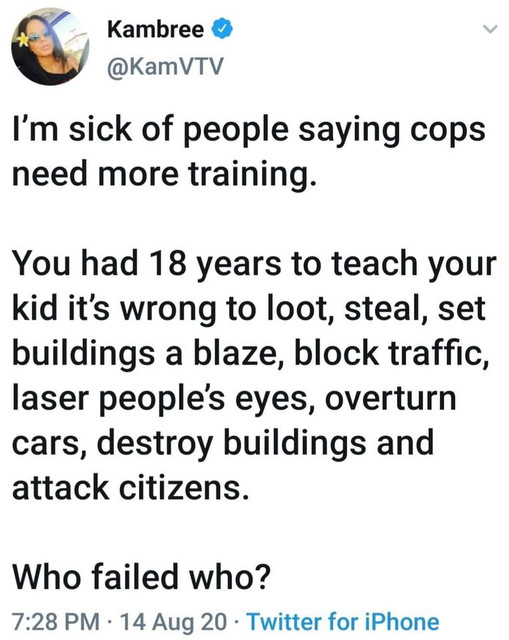 These role have murdered people and millions of birds and other wildlife.

and it’s almost time for the Canadians!

Black Lives Matter like everybody else’s lives matter. However, members of the group Black Lives Matter have forfeited that recognition utterly. As far as I am concerned, they are now subhuman (yes even the white chicks) who not only contribute absolutely nothing of value to society, but deteriorate and devolve society and bring misery to innocent people of all races minding their own business just trying to take care of their families everywhere they tread. If it were up to me, every male should be castrated, then every male and female should be captured and sold as slaves to the Arab world. And that’s only because that fate is worse than death. Perhaps use the money generated to compensate every person who lost everything because of these simians with flame throwers

I guess the majority of voters in the effected cities voted for LIB/leftist “leaders”. Oh, well. More popcorn!

I guess I should have written a very large “SARCASM” tag on my post for those like you?

This is the definition of criminal government.

That’s not what sarcasm is.

If you would like more information about what’s happening in Oregon, please FReepmail me. Please send me your name by FReepmail if you want to be on this list.
13 posted on 09/17/2020 6:02:31 AM PDT by Twotone (While one may vote oneself into socialism one has to shoot oneself out of it.)
[ Post Reply | Private Reply | To 1 | View Replies]
To: lapsus calami