This report from WTAE in Pittsburgh is getting some attention today. About 2 million Pennsylvanians have requested mail-in-ballots for the 2020 election but there are concerns that not everyone knows how they should be returned.

The ballots come with three parts: The ballot itself, a “secrecy envelope” which is just an envelope with the words “Official Election Ballot” printed on the front, and the outer envelope in which you mail everything back to the state. The problem is that some people haven’t been putting their ballots inside the secrecy envelope before mailing it back. In the primary election that wouldn’t have mattered but because of a state supreme court decision issued last week, these so-called “naked ballots” will not be counted in the general election. And here’s why that could be a very big deal:

Melanie Ostrander is the elections director for Washington County.

Washington County, like many others, counted these ballots for the June primary, but won’t be allowed to in November.

“We had a little over 22,000 ballots in the primary and approximately 1,000 were considered ‘naked ballots,'” Ostrander said.

That works out to nearly 5 percent of the ballots returned in the primary in that county. So what happens if a similar number of people make the same mistake statewide?

If 5% of the over 2 million Pennsylvanians and climbing voting by mail have ballots thrown out, that could lead to 100,000 ballots being tossed. Pennsylvania was decided by 44,000 votes in 2016.

But this issue is just one of many court battles across the country over voting. Some of the other battles in Pennsylvania have definitely gone in a way that will likely help Democrats.

The Pennsylvania Supreme Court granted a three-day extension for mail-in ballots in the November election – allowing votes to count in the battleground state even if they arrive a little late.

The state traditionally required mail-in ballots to be due by the time polls close on Election Day.

Now ballots will be counted if they’re received by 5 p.m. on Nov. 6 — as long as they’re postmarked by 8 p.m. on Election Day, according to the court’s order.

No one knows what is going to be decisive in Pennsylvania but this issue is potentially a big one if voters don’t get it right. Here’s the WTAE report on naked ballots:

They're called 'naked ballots'. Tonight, there's concern they could disenfranchise 100,000 Pennsylvania voters. In 2016, the state was decided by 44,000 votes.

What an absolute cluster Fxxx the Democrats have created.

I swear they could break a stainless steel bowling ball.

Unless you go to the post office and request it, most mail doesn’t get a post mark anymore.

Please ping me with articles of interest.

George Soros invested in secretary of states and district attorneys for a reason. All of this is deliberate. The democrats want as much confusion in this election as possible.

They knew they didn't stand a chance in a fair election.

Sounds like the butterfly ballots of 2000. They’ll use any reason to get a judge to sign off on the cheat.

The Pennsylvania Supreme Court granted a three-day extension for mail-in ballots in the November election – allowing votes to count in the battleground state even if they arrive a little late.

Why would counting late-arriving ballots logically help Dems - other than assuming fraud? Dems are said to be more likely to vote early. In fact this article says that.

The fix is in.

idiots should not get votes counted.

this is why you show up on election day, people will help you get yoir vote counted

also, a county ekection person needs to be fired for admitting she engaged in election fraud.

a naked ballot can be read before being under control, and be lost or re-marked. thats why we cant count thrm.

When you mail something it doesn’t get stamped by the Post Office?

Bet these same geniuses manage to siphon through the Publisher’s Clearing House Rubik’s Cube, find all the stickers, and get those in the mail just fine.

“When you mail something it doesn’t get stamped by the Post Office?”

This election is going to be election 2000 part Dux,

Less Than $575 To Go!!
Please Help To Keep the
"Conservative News and Views"
On FR Coming By "Clicking Here"!!

These are all things created by Democrats to undermine confidence in our elections.

They want Trump to win so they can protest, hate and destroy. This is the marxist revolution

That’s how absentee ballots have already worked in this state.

You’d know that if you had read the instructions.
I actually like the way in which this screens out illiterate voters. 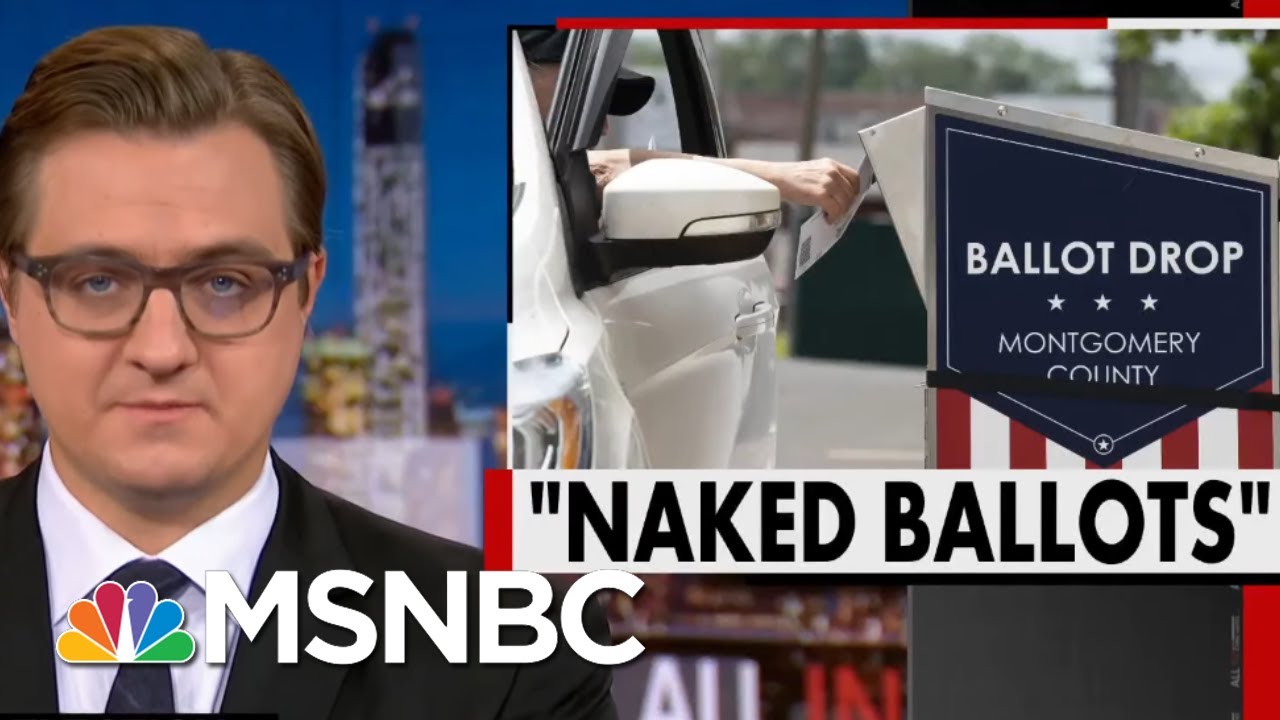