VATICAN CITY (ChurchMilitant.com) - A Vatican representative is insisting that Turkey's conversion of Hagia Sophia to a mosque should not be seen as "Islamic aggression" even as President Recep Tayyip Erdoğan fired a shot across the Vatican's bow in an Islamic supremacist speech.

"It is the product of the same logic to demand the Vatican be converted into a museum and insist that Hagia Sophia remain as a museum," Erdoğan declared on Turkish television Monday after Turkey's top court annulled President Kemal Atatürk's 1934 decision to turn Hagia Sophia into a museum as part of his secularist reforms. 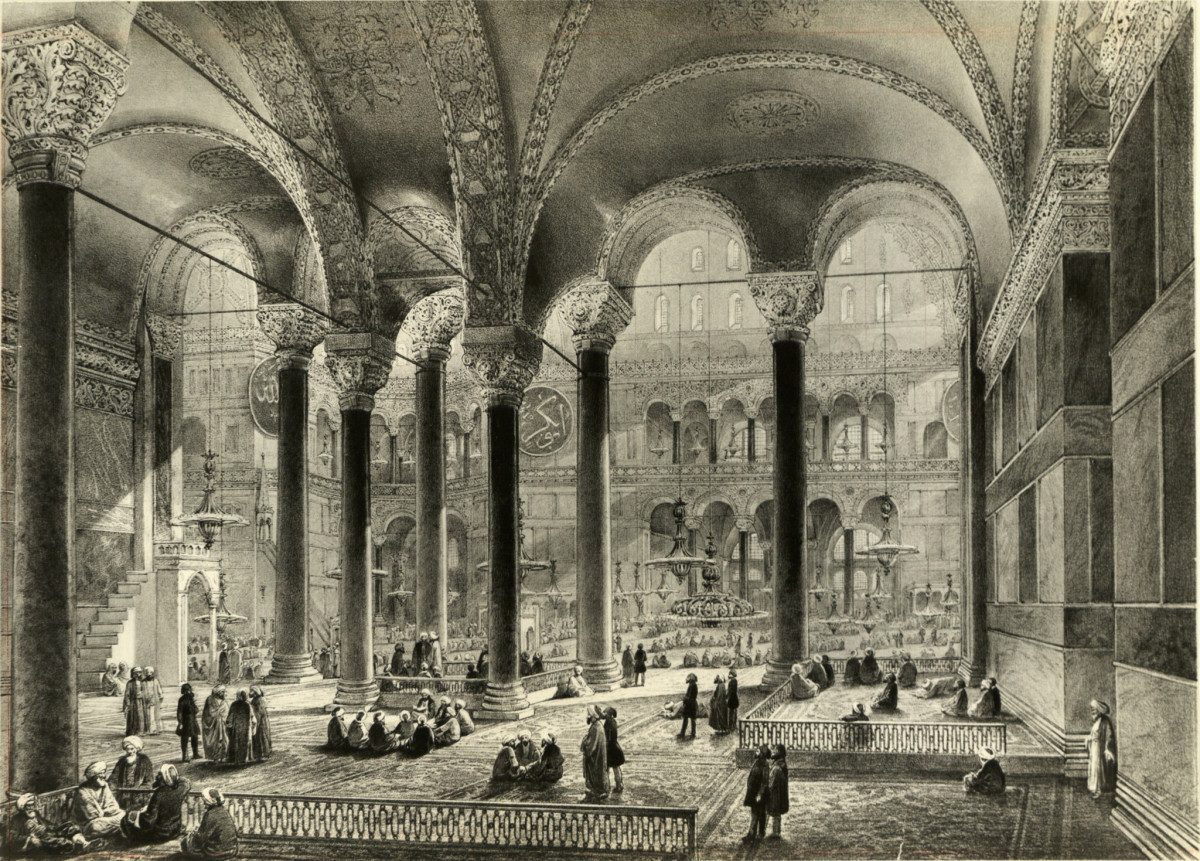 19th-century illustration of Hagia Sophia as a mosque

"Making Hagia Sophia a museum did not eliminate the ambitions of Christianity on Istanbul but on the contrary encouraged, provoked and excited them," Erdoğan contended.

In an address charged with nationalist and triumphalist rhetoric and punctuated with references to Islamic theology and history, Erdoğan hailed the "foundation charter" issued by Fatih Sultan Mehmet Khan, the conqueror of Constantinople, which turned Hagia Sophia from the world's grandest basilica into a mosque in 1453.

"May the eternal curse of Allah, the Prophet, the angels, all rulers and of all Muslims be upon him and them who change this foundation charter," Erdoğan imprecated. "Do not relieve the torment, do not look at their faces on the day of pilgrimage ... The punishment of Allah is with them."

'Self-Profiling' by 'Partner in Dialogue'

Nevertheless, Jesuit priest Felix Körner, Consultor to the Vatican Commission for Religious Relations with Muslims, maintained the "reclassification" of Hagia Sophia as a mosque "should not be put down to current Islamic aggression."

"It is about an attempt at self-profiling" by President Erdoğan, Körner who teaches Islam at the Pontifical Gregorian University in Rome, told Domradio.de.

Körner also suggested Christians "should actually be happy" that Hagia Sophia will once again be used for prayers after 85 years as a secular museum.

Körner is looking at the lion at the door and insisting it's a house cat.Tweet

Most Muslims in Turkey see Christianity "not as an opponent, but as a partner in dialogue, as a sister religion," and many see through "the instrumentalization of religious questions for political purposes," Körner noted.

'Lion at the Door'

Speaking to Church Militant, Islamic historian Robert Spencer said: "Körner would do well to ponder the words of Erdoğan himself":

"That's not just 'self-profiling.' That's a declaration of coming aggression against Israel and an explicit grounding of his action regarding Hagia Sophia in his neo-Ottoman aspirations," he stressed.

Spencer asked: "What 'interregnum' does he mean? What interregnum are Muslims experiencing?"

The Ottoman caliphate was abolished in 1924 after waging jihad war against Christian Europe for centuries. Erdoğan wants to restore it, and that would involve, since warfare against unbelievers is mandated for the caliphate in Islamic law, the resumption of violent aggression against Christian Europe. Körner is looking at the lion at the door and insisting it's a house cat.

In his address, Erdoğan eulogized the Islamization of Hagia Sophia as "the strongest answer ever given to the brutal attacks against our symbols and values across the Islamic world."

"O magnificent temple! Do not worry, the grandchildren of Fatih will overthrow all the idols and convert you into a mosque," the radical Islamic president said, quoting Turkish poet Osman Yuksel Serdengecti, acknowledging that this day had arrived.

Millions of Christians joined the ranks of the dhimmis. Others were enslaved and many were killed.Tweet

"This is the most honorable day that Islam has been looking forward to: Greek Constantinople has become Turkish Istanbul," the president panegyrized, quoting the poet Nâzım Hikmet.

"The conquest of Istanbul and the conversion of Hagia Sophia into a mosque are among the most glorious pages of our entire history," he bragged. 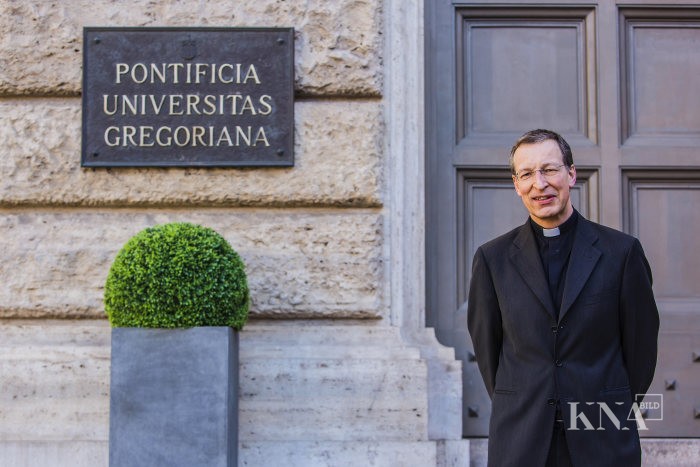 The president described in detail the conquest of the basilica by Fatih Sultan Mehmet Khan, "who entered the city after conquering Istanbul on May 29, 1453, after a long siege and went directly to Hagia Sophia."

Fatih enters Hagia Sophia by giving assurance to the people who meet him about their lives and freedoms. The conqueror of Istanbul sews his flag as a symbol of conquest to the altar in the middle of Hagia Sophia. He throws an arrow towards the dome and reads the first adhan [call to prayer] himself. Thus, he registered his conquest. Then, in a suitable corner of the temple, he makes a prayer and performs two rak'ahs. With this, he shows that he turned Hagia Sophia into a mosque.

But Islamic historian Robert Spencer, in The History of Jihad: From Muhammad to ISIS, records how the Muslims halted the celebration of Orthros (morning prayer) and "killed the elderly and weak and led the rest off into slavery."

"When the slaughter and pillage was finished, Mehmet II ordered an Islamic scholar to mount the high pulpit of the Hagia Sophia and declare that there was no God but Allah, and Muhammad was his prophet," writes Spencer.

"The magnificent old church was turned into a mosque. Hundreds of other churches in Constantinople and elsewhere suffered the same fate. Millions of Christians joined the ranks of the dhimmis. Others were enslaved and many were killed," he notes.

The conqueror of Istanbul sews his flag as a symbol of conquest to the altar in the middle of Hagia Sophia.Tweet

The president ended by referring to the Islamic takeover of Hagia Sophia as a "second conquest" and a "new resurrection." 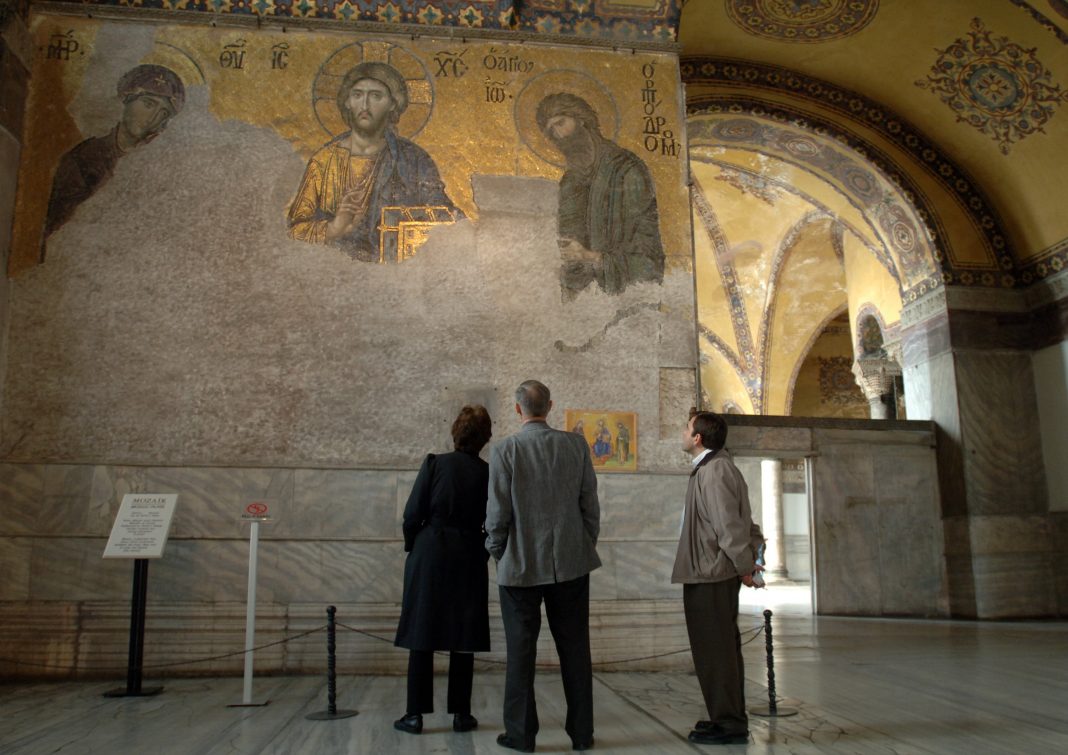 Will Christian icons be vandalized by Muslim iconoclasts?

Hagia Sophia's "minaret balconies will light up in honor of Allah and his prophet Muhammad and the whole world will think Fatih [Constantinople] has been resurrected," he said.

Meanwhile, the vicar apostolic of Anatolia, Bp. Paolo Bizzeti, told SIR news that the decision to convert the museum to a mosque "was not the whim of the president."

"About 70% of the Turkish population, according to the latest polls, approved this decision by President Erdoğan, a fact that must be taken into account," he said.

The prelate raised concerns about the preservation of treasured Christian mosaics in the building, observing that beyond the issue of Hagia Sophia, "the legal recognition of the Catholic Church" was also "at stake" in Turkey.

The Turkish Religious Affairs Directorate has confirmed that Christian icons and mosaics in Hagia Sophia would be covered by curtains or lasers when Muslims offer prayer five times a day.

Russian Orthodox Church spokesman: conversion of Hagia Sophia ‘a slap in the face to the entire world Christianity’

So, who's more Catholic than Bergoglio?

And he told Jews in line for the ovens: “Enjoy your shower!”.

Where is Pope Urban II when we need him?

The ImPopester isn’t even a Christian, he’s a Marxist.

7 posted on 07/16/2020 7:35:36 PM PDT by Lurkinanloomin (Natural Born Citizens Are Born Here of Citizen Parents|Know Islam, No Peace-No Islam, Know Peace)
[ Post Reply | Private Reply | To 1 | View Replies]
To: ebb tide
Körner also suggested Christians "should actually be happy" that Hagia Sophia will once again be used for prayers after 85 years as a secular museum.

I attended a Byzantine Catholic church on Sunday, and the priest commented that the prayers would be to a false god.

9 posted on 07/16/2020 7:47:27 PM PDT by kiryandil (Chris Wallace: Because someone has to drive the Clown Car)
[ Post Reply | Private Reply | To 1 | View Replies]
To: Southside_Chicago_Republican
"It is about an attempt at self-profiling" by President Erdoğan, Körner who teaches Islam at the Pontifical Gregorian University in Rome, told Domradio.de.

I'm wondering why a Jesuit is teaching Islam at the Pontifical Gregorian University.

Thanks a fool in paradise.

I would say it’s good to have people in the churches who are specialists in Islam, but that doesn’t mean they should become Islam’s advocates.

Of course this is Islamic aggression. That’s simply a fact. Stop gaslighting us!

Tefillah Begins at the Dome of the Rock when

It’s just like they realize it’s not theirs. If it were theirs, truly theirs, they would’ve repainted centuries ago. They left it looking attacked and vandalized. They never “moved in“ and made themselves at home.

“False Prophet Forerunner of the Antichrist”.