thank … our representative from Congressman Raul Grijalva’s office, Reuben Reyes; thank you for bringing Dolores here and talking to our students,” Sean Arce says during Huerta’s introduction. Arce is identified in the audio as a faculty member.

Huerta’s appearance garnered state and national media attention. One student, Mon-yee Fung, even appeared in front of state legislators to talk about the event, after Huerta’s comments made her uncomfortable but she was not allowed to leave. “I got up a second time and I said, ‘Really, I want to go to another class,” she told Bill O’Reilly. “I just don’t want to hear this anymore.” Her teacher responded, “No, just sit back down. Listen to this. It’s a really good speech.”

While Fung came forward, there are many more who didn’t. But since Huerta was “brought” by the Congressman’s office, and since a representative was present, impressionable students may have given her statement’s more weight. They gave her a rousing applause at the end.

TOPICS:
KEYWORDS: amnesty; grijalva; huerta; racebaiting; reconquista; socialists; squattersupportsquad
Raul Grijalva is a failure as an American and as a congressman....he is totally Un-American and leads his constitutes in a blurry circle of Communism and anti-American beliefs. Grijalva is a menace to Arizona and Americans in general...he is the face of those who would destroy a free society even though he enjoys all those fruits afforded by such freedom - Grijalva is a false American....he is a Communist.
1 posted on 09/02/2010 9:18:07 AM PDT by yoe
[ Post Reply | Private Reply | View Replies]
To: yoe

>>he is totally Un-American and leads his constitutes in a blurry circle of Communism and anti-American beliefs.... Grijalva is a false American....he is a Communist. <<

Wouldn’t that accurately describe most liberals?

Some may not be on “best friend’ list because they don’t want to be! Contamination through infiltration!

Sure it sounds bad, but you must consider these comments in their proper context. /s

MEChA’s national constitution starts out: “Chicano and Chicana students of Aztlán must take upon themselves the responsibilities to promote Chicanismo within the community, politicizing our Raza with an emphasis on indigenous consciousness to continue the struggle for the self-determination of the Chicano people for the purpose of liberating Aztlán.”

Yes it would....isn't it time we threw them all out of elected office...the old liberal did not preach hate, these do and there should be no place for them in our elected offices or as teachers......

Grijalva’s opponent in the Nov 2010 elections is Ruth McClung, a rocket scientist at Raytheon. She needs support!

Grijalva is not the only elected official who is a former member of Mecha. I would bet that a overwelming majority of the Mexican American elected officials here in California are Mechistas. Mecha indoctrination begins in middle school. That is where the young punks learn how to walk out of class and march under the Mexican flag. They can barely read and cannot perform basic arithmetic, but they have great self esteem.

I am 1/4 Grijalva, from Arizona -- not a common Hispanic name -- and I am embarrassed to think that I might be related to this worthless leftist POS.

He's also as ugly as sin ... did his parents put his face through a weedwacker when he was young?

I'm certainly related to Lynda Carter (Hispanic mother named Cordova), otherwise known as Wonder Woman, also from Arizona. This part of the family we are proud of, and not bad to look at, either: 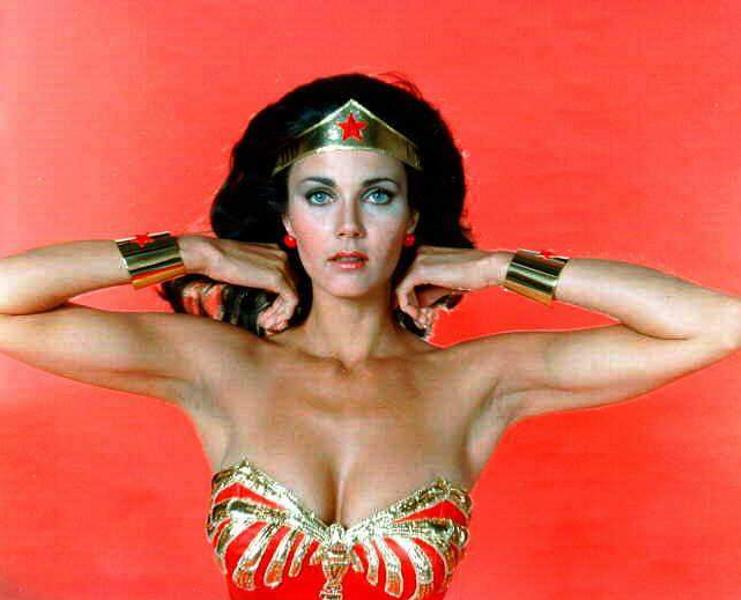 What a relief! Just read about Grijalva on Wikipedia and it says "his father was a migrant worker from Mexico who entered the United States in 1945 through the Bracero Program and labored on southern Arizona ranches."

So he is not related to my family, which has owned ranches since the 1800s; his family are relatively recent immigrants.

You know who hates Latinos? People who encourage an illegal immigration which takes the lives of thousands of them annually through cartel massacres and exposure deaths—in the expectation that the survivors will become Democrat voters.

[liberal] Congressmen should serve two terms: one at the capital and one in jail. (stolen shamelessly from another FReeper)