I’m sure you also might have heard that Lt. Zullo is preparing to release his some evidence that will truly be universe-shattering, and the knowledge we have is truly something you’re not going to be ready for.

This will absolutely, definitely change the eligibility landscape by 10,000%.

Mike has asked me to communicate with you that the new evidence – which, let me tell you, is so all-encompassingly gigantic, so incredibly huge – that we were hoping we could ask you to cooperate on one front.

Now, since we’ve all been vindicated 1,000% on the birth certificate issue, since Lt. Zullo’s forensic investigation has been so comprehensive, it’s really irrelevant compared to the new, shocking & completely emasculating evidence. The birth certificate is truly no longer of any real concern.

And we feel that way also about the Social Security Number issue.

Mike said he was slightly embarrassed but he feels as though there might be some unnecessary friction between you two, even though we all share the same goals, and that we and the posse support all the work you’ve done over the years.

But we would like to request that you stand down with regard to your ongoing court cases, which appear to have already run their course, you must admit. I cannot overstate the importance that your cooperation will bring to the disclosure of this essential information.

If so, we’d request that these court proceedings be respectfully closed by March 19, when Lt. Zullo and Sheriff Arpaio and I will make our announcement. And believe me – it’s going to be the most incredible, universe-shattering thing you’ve ever heard!

Mike said he’s confident that you’ll cooperate, as we bring to a close this horrible chapter in our fine, Christian country to a close.

Thank you in advance, Dr. Taitz. It will be a pleasure to watch Mr. Whoever-he-is be taken where he needs to be taken.

With our most humble respect,

It appears that Zullo and company actually know who Zippo really is, and his name is not Obama. The above was tane from Orly’s site. Can’t post a direct link.

It's bigger than big, it's higher than huge, it's giganticer than gigantic, it's UNIVERSE-SHATTERING ! ! !

The HYPE machine is on OVERLOAD !

I bet that the Dems are quietly shuffling info to these guys and hoping that the info will get released, Obama will be impeached, and then the Dems can blame Obama as a scapegoat.

8 posted on 02/04/2014 6:32:48 AM PST by BIV (typical white person)
[ Post Reply | Private Reply | To 1 | View Replies]
To: GregNH
evidence that will truly be universe-shattering something you’re not going to be ready for
absolutely, definitely change the eligibility landscape by 10,000% all-encompassingly gigantic,
so incredibly huge vindicated 1,000% new, shocking & completely emasculating evidence the most incredible,
universe-shattering thing you’ve ever heard! 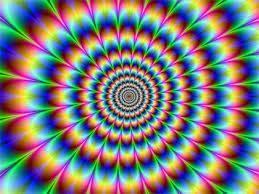 Why would they even ask Orly to stand down? Orly needs to stay the course. She is slowly making progress through the courts.

This is nonsense. Honestly. We’re in year six now.

Another day, another insult to my intelligence.

I hope she does not ‘stand down’

There is no reason for her to do so.

I hope they are right

If Zullo has the goods on obama, and it is true, and Obama knows it (which he must, if it is true) then look for a major development before Zullo releases it

13 posted on 02/04/2014 6:37:44 AM PST by Mr. K (If you like your constitution, you can keep it...Period.)
[ Post Reply | Private Reply | To 1 | View Replies]
To: GregNH
If obama turns out to be Mao's grandson by Trotsky's grandniece it won't matter. The Left will get all incensed that anyone wơuld question their messiah and MSM would mostly ignore it other than some indignant op ed stuff that doesn't say what it is actually indignant about. The story will solely be the Rightwinextremists trying to smear the messiah. Judges will continue to disallow all of it no matter what the provenance. Judges know when their lives are in danger.
14 posted on 02/04/2014 6:38:05 AM PST by arthurus (Read Hazlitt's Economics In One Lesson ONLINEhttp://steshaw.org/economics-in-one-lesson/)
[ Post Reply | Private Reply | To 1 | View Replies]
To: GregNH

I am a bit confused by this...

Why would it matter to Zullo at all, if Orly has a case going or not?

She has indicated that she is moving forward.

Orly has just a little to much hype on this for me. Time to wait a see and not voice an opinion.

This is a parody, right?? No one would write a letter that over the top and repetitive. Doesn’t pass the smell test...