Put a man in uniform, preferably a white man, give him a gun, and Americans will worship him. It is a particularly childish trait, of a childlike culture, that insists on anointing all active military members and police officers as “heroes.” The rhetorical sloppiness and intellectual shallowness of affixing such a reverent label to everyone in the military or law enforcement betrays a frightening cultural streak of nationalism, chauvinism, authoritarianism and totalitarianism, but it also makes honest and serious conversations necessary for the maintenance and enhancement of a fragile democracy nearly impossible. 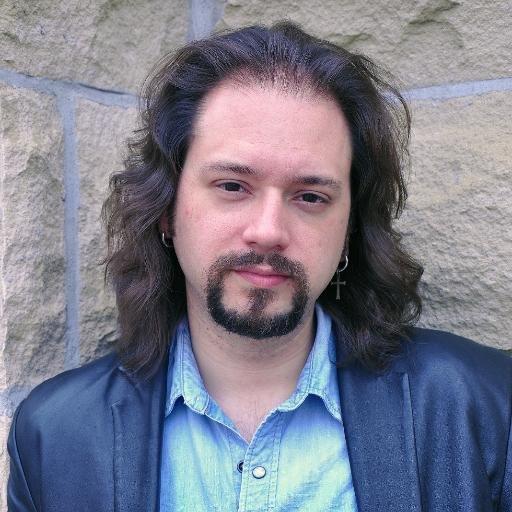 David, are the checks still coming from Media Matters now that they have lost so spectacularly?

Well, he might have a point. I didn’t read the whole thing (and I noticed the left leaning racist crap in the first sentence), but I spent four years in the Corps, and even deployed to Beirut in 83. I am NOT a hero. Period. One does not achieve hero status by merely enlisting, and I notice that a lot of people refer to all who serve as heroes, and it just ain’t so.

the same could be said of thanking a politician for their “years of service”. instead, when they leave they should be thanking us for allowing them to gorge themselves at the trough at our expense.

Well thank you for your service . You may not think you’re a hero but you’re a better man than I am and so is my son.

VERY true. “Years of public service...” what a joke. Public service is one of the cushiest, best jobs in the universe. I should know—not only was I in the Corps, I am now a federal civil servant.

You are too kind, really. Audie Murphy was a hero, and so was Sergeant York, and I feel that calling ALL of us vets heroes, diminishes those men.

Irritating, but totally irrelevant. Progressives have had their 15 minutes - they are in the process of being forced back under their rocks - and back into their faculty rooms.

Interesting point. We all know and have known soldiers who are far from being heroes. To call them all heroes is to call none of them heroes.

I spent 8 years in the regular Air Force, and 3 in the Vermont Air Guard.

I never did anything heroic, it was just a job.

When people "thank me for their service", I am silent for a second, looking at them very seriously, then I ask them to please NEVER vote for a democrat if they are serious about "thanking" me. Sometimes I add on that the democrats hate us.

The sad thing is that this man-child probably considers himself as a hero.

In our milk-toast society, the closest thing to a hero the average citizen will ever encounter is someone willing to take up arms and face down a threat. That used to be just one check mark on the list of being an adulthood.

A short part of the complete answer that explains fools like this:

“The sheep generally do not like the sheepdog. He looks a lot like the wolf. He has fangs and the capacity for violence. The difference, though, is that the sheepdog must not, can not and will not ever harm the sheep. Any sheepdog who intentionally harms the lowliest little lamb will be punished and removed. The world cannot work any other way, at least not in a representative democracy or a republic such as ours. Still, the sheepdog disturbs the sheep. He is a constant reminder that there are wolves in the land. They would prefer that he didn’t tell them where to go, or give them traffic tickets, or stand at the ready in our airports, in camouflage fatigues, holding an M-16. The sheep would much rather have the sheepdog cash in his fangs, spray paint himself white, and go, “Baa.” Until the wolf shows up. Then the entire flock tries desperately to hide behind one lonely sheepdog.”

That sounds all hyper-patriotic - and I"m sure a lot of folks will knee jerk agree - but it's demonstrably false. A case can be made that there was very little noble about being in the armed services from the end of Nam through the Carter administration. So those who were 18 in the years of say 1970 through the year 1980 had little motivation to join as an example. Lot of folks joined then simply as a jobs program.

Besides, if every man is a soldier, who the hell does the rest of the work?

Good one! I might try that some day. Maybe even today... Working for the G and all, there will be many people thanking me for my service because tomorrow is, of course, veterans day.

I too was honored to spend 4 years with the Corps, and deployed to Desert Storm in 90. I don’t consider myself a hero either, but to the average person under 30, a person who has never been in a fight, probably never fired a gun and cannot imagine doing anything other than calling the police if they or their family were threatened, anybody who is willing to take up arms and protect them would be a hero.

What do we call a man who wears a woman’s wig?

His bio says he teaches literature and political science at the University of St. Francis. With teachers like him, no wonder so many of our young people have mush for brains.

Dear Citizen Zed:
Why don’t you enroll in the military or law enforcement if they will even accept you which I’m almost sure they won’t) and get back to us after a year of toil in the field after you learn that a gun only fires if you pull the trigger and how to sweat. Then we might respect a little of what you have to say.