Obama to America: Sure We Will Cut The Deficit, Right After We Spend, Spend Spend
http://radioviceonline.com/ ^ | April 13, 2011 | Jim Vicevich

The speech has already been characterized as pathetic and not by people on the right either. If I had to sum it up I’d call it just a rerun of an old ideas that have already been cast aside. He even took the time to slam Paul Ryan’s Plan the way Democrats attack every conservative plan. Republicans throwing grandma under the bus.

I’d call it laughable, except that it’s from the president of the United States. That makes it serious.The president spent the first third of the speech hammering Paul Ryan’s budget.

In the speech at George Washington University, he positioned his spending plan as a more “compassionate” alternative to one introduced last week by Ryan. He applauded Republicans for putting a plan on the table to address entitlements, but the praise stopped there. 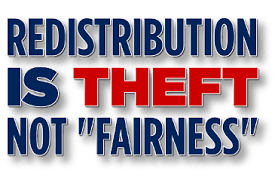 Yes, he wants one more spend than Ryan, they agree on the first two spends.

At this point Obama can do nothing and spend nothing without full GOP collaboration.

Obama budget? proposal will spend all the savings created by the Ryan budget proposal.

And we will do it by taxing the hell out of the people who actually pay taxes, to be fair. If I hear that idiot use the term fairness one more frigging time my head will explode

Another election is approaching, and this speech was to appeal to his redistributionist base.

“If you’ll stand with me, then I know that we can win Virginia and we can win this election and we can finally bring the change we need to Washington,” Obama told the estimated crowd of 35,000. “I feel like we got a righteous wind at our backs here.”

“The ill wind of opportunism is falling, the righteous wind of socialism is on the rise.”

Pity those Virginia crowds didn't recognize then that his goals for change were consistent with the goals of the man whose words he repeated in the very next sentence.

If American citizens will look behind the semantics, behind the smoke and mirrors so adeptly used to beguile and mislead, and see the real agenda of this man who surrounded himself with people who are devotees of Mao and Marx and Lenin, with a sprinkling of Keynes, then they will see how far away from America's founding principles this Administration has taken the nation.

I’m so tired of hearing about the poor bearing the brunt of budget cuts. Since LBJ, we’ve probably spent several trillion dollars to eliminate the poor, but we have more poor than we did before. So what we need to do is reduce spending on the poor by 80%. The 20% that truely need help will get it, the other 80% can get a job or starve.

I believe Obozo’s real goal is to eventually cause the crash of the U.S. Dollar.