The mastermind of the 1993 World Trade Center bombing has apparently grown tired of all those pesky rules at a maximum-security prison known as the “Alcatraz of the Rockies.”

Ramzi Yousef, 44, serving a life sentence plus 240 years at the so-called Supermax prison in Florence, Colo., is asking an appeals court to soften restrictions at the lockup.

Yousef lives in solitary confinement in a 7-foot-by-11-foot cell and says he no longer poses a threat.

His lawyer, Bernard Kleinman, says the government has never explained why Yousef is still being held under special administrative measures, also known as SAMs.

“They don’t say he tried to make a bomb there or tried to have secret communications with another inmate,” he argued Wednesday to the appellate court.

Kleinman whined that Yousef is the only inmate on a cell block that has six or seven cells. Only two people did brief stints on that wing of the prison — a white supremacist and a drug dealer.

Yousef was convicted in the bombing that killed six people and injured more than 1,000 in the February 1993 attack at the North Tower of the World Trade Center

He was also convicted in a plot to bomb a dozen American planes from the sky.

“Yes, I am a terrorist and am proud of it,” he declared at his sentencing in 1998

Now he wants someone to talk to.

The basis for Yousef’s appeal was a petition he filed last year challenging the continued imposition of the security measures.

In July 2011, a Manhattan federal judge rejected the petition, saying the proper jurisdiction was the federal court in Colorado.

The three-judge panel questioned on Wednesday whether they had jurisdiction

Before the 9/11 attack, Yousef was on a wing with Unabomber Ted Kaczynski and Oklahoma bombers Timothy McVeigh and Terry Nichols.

After 9/11, Yousef got his own cell block, Kleinman said.

Yousef’s cell has a toilet, a shower, a radio, a television and a desk. His meals are brought to the cell, and the only time he can leave is for an hour of recreation.

He’s allowed to have books approved by the Bureau of Prisons but any newspapers he sees are cut to remove the “letters to the editor” section.

That’s because of fears there might be a “secret coded message” in one of the letters, the attorney said. 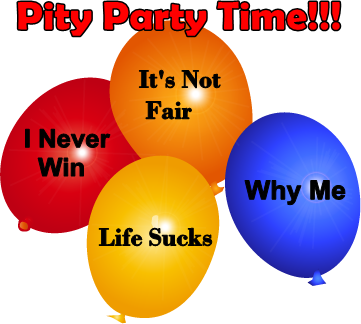 Let him share a cell with a leader of the Aryan Nation. They both hate Jews, but I think one of them really hates Arabs.

His sniveling lawyer should in one of cells next to him for a long long time.

I agree. He should have less restrictions. As soon as those people he was responsible for killing agree also.

He’s got 77 square feet more than the people he murdered.

To: Impala64ssa
“Solitary confinement is a really tough thing to take,” Kleinman said.

Tell you what. Why don't you just let him out. I can put an end to all his suffering. However, he'll be downgrading to a much smaller box, permanently.

He wants to vote in the election?

To Hades with what this turd wants. he deserves NO rights.

Put him in a cell with the toughest Jewish gangsters you have then look the other way when they give him some “inmate justice”.

I;m really broken up about the “mental trauma” this not deserving to live subhuman vermin Yousseff is going through.

Yeah, he wants to vote for his fellow Islamist jihadi Barry Soetoro.

Any terrorist who succeeds in spilling innocent blood should not be allowed to exceed room temperature.

I’m sure we got all the info out of him we need long ago. Execute him already.