Donald Trump had a rocky campaign. And the transition has been bumpy as well. But he looks to be rolling onto the presidency on the smoothest economic path of any president in a long time.

Data ranging from wage and job growth to manufacturing-sector indicators show that Donald Trump is getting an economy in better shape than any new president in a generation. Take a look at the following four indicators to see just how fortunate the President-elect is:

The only indicator that shows Trump inheriting a generally weaker economy than is typical is GDP growth. As you can see from the following chart, while Trump will assume management of a much stronger economy than Obama did eight years ago, GDP growth over the past year has been historically weak.

This fact is mitigated somewhat by a more slowly growing population, which leads to slower overall growth than a quickly growing population does. (Although even per capita measures of real GDP growth show the U.S. becoming richer at a slower pace.) And the fact that growth has been picking up recently. The economy grew at a 3.2% pace in the third quarter.

Despite the good economy, voter surveys show that a good portion of Americans were unhappy with the economy. And that’s why GDP matters. It’s much more common for the typical American’s material situation to improve in an economy when overall GDP is growing quickly. So slow GDP growth has equally little or no raises. And that’s resulted in unhappy workers.

But that’s changing too. Recently there’s evidence that growth in wages in outpacing growth of the overall economy.

Nice color choice on that graph.

What is this guy smoking?..I suspect he knows the economy sucks, lifted up by 12+ trillion in new debt and QE that has runs it’s course...so they can blame Trump for what comes the next couple years. 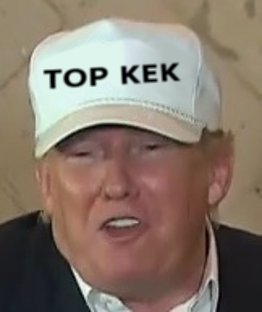 Thanks to playing golf for 6 years while we had a GOP congress?

This is not news, it’s a column.

It will be interesting to see what happens with the chart tracking the Americans not in the workforce.

We all know this isn’t true. The author, Chris Matthews, is this THE Chris ‘tingles’ Matthews of MSNBC?

Apparently they feel compelled to kiss obama’s ring one more time before drifting off into the land of irrelevancy.

Have at it boys; this is your last hurrah.

First of all, Chrissy, I’d give credit to the governors before I give it to any president unless he’s enacted pro-growth federal laws such as slashing taxes and regulation. Obummer has done neither, in fact, has dramatically increased both measures.

Secondly, Tingles, achieving 4.6% unemployment rate by driving tens of millions out of the counted workforce is an abomination. The fact that you’re giving Zero praise for it shows the depths of your deceit to say anything nice about this loser.

Even a feral hog wouldn’t wallow in this hogwash.

Too tired of ROFLMAO!

Just wait until Trump has everything audited and the stats for the past 8 years are restated with honest numbers.