A bipartisan coalition of members of Congress sent a letter to NBA Commissioner Adam Silver on Wednesday “to express our deep concern” over the NBA’s statements surrounding controversy over a tweet last week by Houston Rockets general manager Daryl Morey, who expressed support for pro-democracy protests in Hong Kong.

“It is outrageous that the Chinese Communist Party is using its economic power to suppress the speech of American inside the United States. It is also outrageous that the NBA has caved to Chinese government demands for contrition,” the letter reads. It was co-signed by eight members of Congress, including Republican Senators Tom Cotton, Ted Cruz, and Ben Sasse, as well as House Representative Alexandria Ocasio-Cortez (D., N.Y.). Senator Ron Wyden (D., Ore.) and Representatives Jim Banks (R., In.), Mike Gallagher (R., Wis.), and Tom Malinowski (D., N.J.) also joined in on the letter.

The co-signers criticize Silver and the NBA for not anticipating “the challenged of doing business in a country run by a repressive single party government” and for not standing up for Morey.

“Hundreds of millions of people within China will read your statements as an admission that their government’s propaganda is correct; millions of people in Hong Kong will be dispirited,” the letter states. “That you have more potential fans in China than in Hong Kong is no excuse for being over backwards to express ‘sensitivity’ only to one side.” 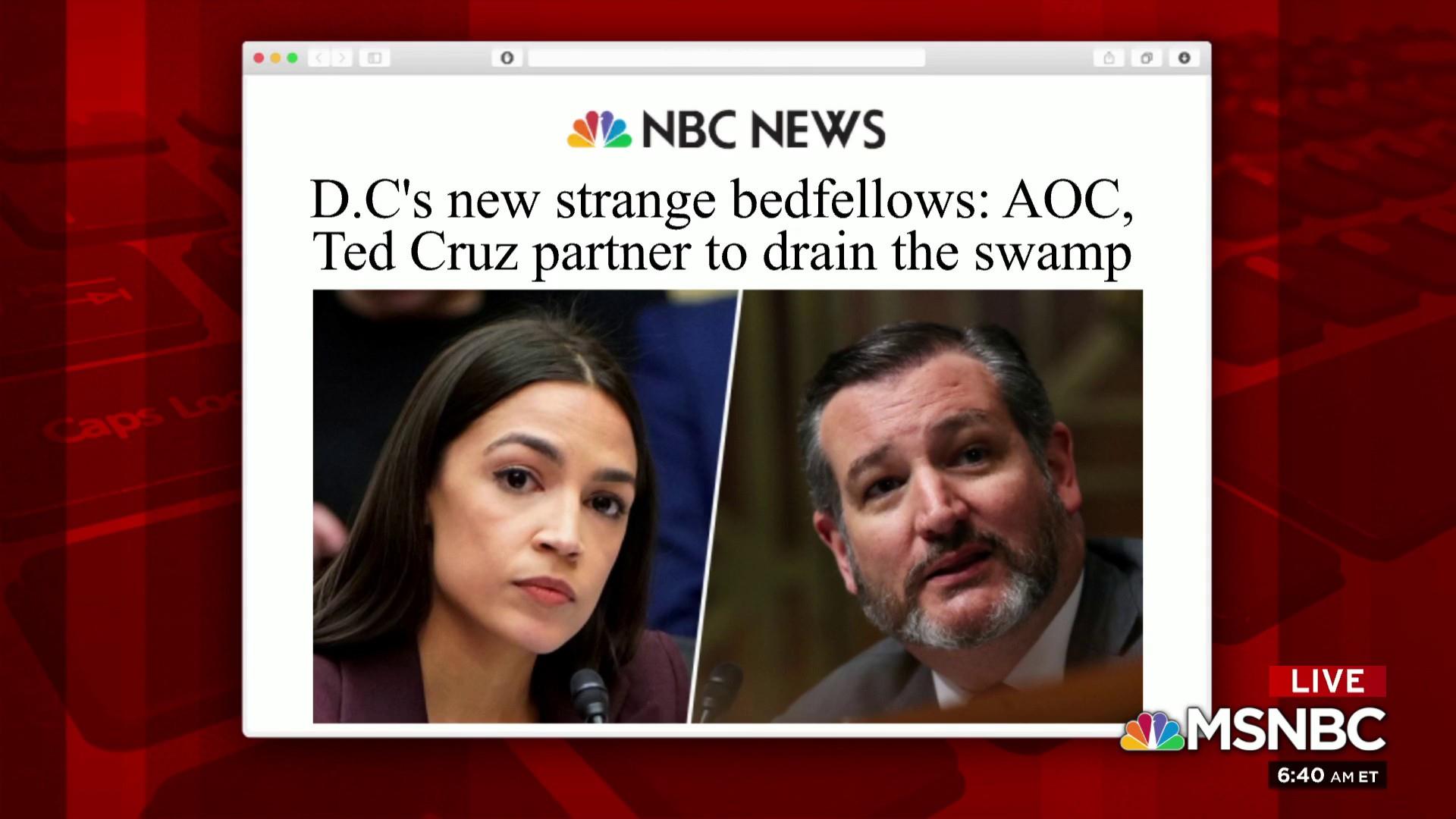 “It seems my hypocrisy knows no bounds”

Anti Trump chump Ben Sasse has to get his name out there for SOMETHING! He totally useless to us common working folks in Nebraska.

Good for AOC. Maybe if she sees what commies and nazis are really like she will wake up.

The NBA is hardly a paragon of American values. Dumb inarticulate jocks getting rich , a province for trophy hungry owners and coaches and a money mill for the sneaker industry.

There’s a Skunk at that Picnic!

The only problem with this IMO is that the letter wasn’t signed by every House rep and senator.

Ted Cruz has fallen for the trap.
He is now aligned with a crazy RAT.
Even Rubio wasn’t dumb enough to fall for this trap

Just stop with the bull$hit...aoc, has no party...

I think the only party was in her mouf

NBA —— National Bolsheviks Association. What a bunch of pathetic Hippocritters.

HE CAN SUPPORT CHINA OR HONG KONG- THAT’S HIS BUSINESS

HE’S A TAXPAYER- THEY WORK FOR HIM (US)

AOC = leader of the Dem party. Pelosi speaker in name only.

She’s full of crap. I agreed with the original Twitter post from the GM of the Houston Rockets, but this has no more to do with “free speech” than Colin Kaepernick’s infantile temper tantrums.

“The only problem with this IMO is that the letter wasn’t signed by every House rep and senator.”

Agreed, but, astoundingly many of the Dem POTUS candidates have spoken out to condemn the NBA too.

The chicoms are going to push these bully moves too far, already have imho.

I mean, is the NBA going to come out against bullying now? How can they?