The New York Times unwittingly confirmed the veracity of the GOP argument that there could be no quid pro quo because Ukraine did not know the United States had delayed the release of aid for the Eastern European country at the time of the July 25 call.

In an article on Wednesday, the newspaper actually tried to discredit the argument but ended up confirming it instead.

House Democrats pursuing the impeachment inquiry are trying to determine if President Donald Trump abused his power by allegedly coercing Ukraine during the July 25 call to investigate corruption allegations against Joe Biden and his son, Hunter, in exchange for aid.

That’s okay, Trump said “lynch” the other day, so they can move on that instead.

I’m sure Piere is deeply concerned after hearing this.

If we give another country a Billion dollars,
aren’t we supposed to get something for our money?

Ask the 0bammy. Remember the plane load of cash sent to Iran....

By the way, so what if we withheld aid - who says that any country has a “right” to our aid ?

I think the dispute is more about the definition of “we”.

Where is little Loretta (Lynch) hanging out these days?

She’s probably out tending her garden and visiting her grandkids. 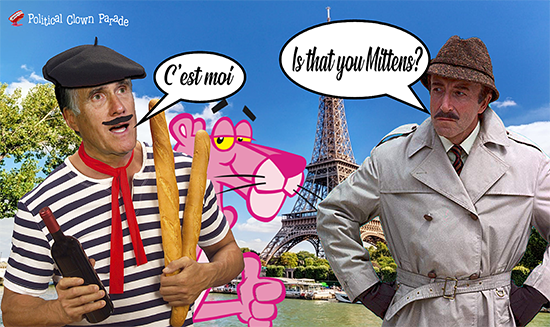 By the way, so what if we withheld aid - who says that any country has a “right” to our aid ?
***************
Exactly. Nothing wrong with saying, give us whatever you have, let us depose your citizens — or else. It would be wrong only if we asked them to produce fake evidence.

I think every publicly funded program has some sort of express statement about the expected performance of the recipient.

Now, if the donor is personally enriching himself by taking a cut off of the funds or tacitly nodding the rolling of funds to a like-minded group, then that is a horse of a different color. That playbook is followed by Clinton/Obama.

I’m so tired of the narrative. If the POTUS believes there’s corruption he has every right to withhold “aid”. Second, why do we give “aid” unless there’s some expectation? Are we just giving tax payer money away?

Even if he did exactly what they claim I don’t believe it is illegal or wrong. Was there no “quid pro quo” when we gave billions to Iran?

Good work, you have skills.

The Ukraine aid was initially frozen along with aid to multiple other countries.

The general freeze was put in place so that issues about fraud and corruption and possibly other issues could be reviewed.

Apparently, the aid money was released to the other countries about three weeks before Ukraine's money was finally released.

I do not know the reason why Ukraine had to wait longer for its aid money.

But - Bottom Line - this was not a one-off issue that involved just Ukraine.

For many weeks, multiple countries were waiting for their aid at exactly the same time Ukraine was waiting.

Still the facts won’t stop corrupt Schiff from his charade. The media won’t comprehend the facts either.

NY Slimes...you have no credibility. You betrayed the public trust long ago.

In the end, the video of Biden telling of his $1B squeeze on Ukraine. It can’t be deleted.