The media radicalized him.

Being a Republican congressman in the US today is dangerous. The Tories are agitated and on the track to kill more congressmen 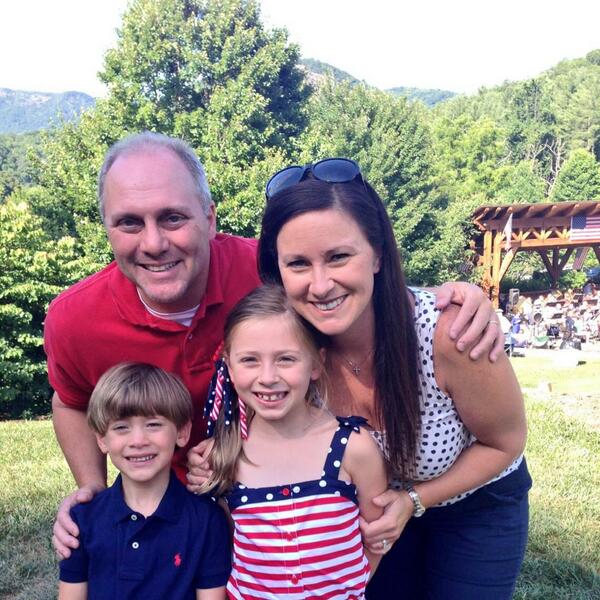 Bernie Supporter was the doctor.

BINGO! Exactly what I’ve been saying the last 3-4 weeks.

Evil has always existed in the world. The left’s ideology attracts it like flies to excrement.

Praying for this very good man to pull through for the sake of himself and his family.

Has this been confirmed by anyone? Could Rooters be making an assumption because Scalise is in ICU? ICU is one of the easiest places to secure in a hospital. I’d expect Scalise to be in ICU if his personal security is an issue.

I hope that POS who shot him died a torturous death.

I pray Scalese pulls through albeit the signs are not good. The picture above all were dressed in red white and blue. Looks to be a real patriot, damn, just damn.

Almost everyone of these attacks against government seem to be launched by a deranged lefty loon POS. These people are a real threat.

Didn't Hamilton died from a shot to the hip in his duel with Aaron Burr? Of course you'd think today's medical knowledge would give a better chance of survival.

32 posted on 06/14/2017 12:31:01 PM PDT by Mopp4
[ Post Reply | Private Reply | To 3 | View Replies]
To: Oldeconomybuyer
Bullet probably deflected and hit other organs besides hip;
kidney, bladder, bowels, who knows.
Then there is possibility of infection from bullet.

thx JPG, time for the Lord to get to his work today! yeah a shot in the pelvic girdle can be devastating

It looked pretty bad when they were wheeling him away.
Prayers for him and family

Turn on the prayers please. Every Christian and Jew on the board PLEASE pray.

HE is a GOOD MAN.

He’s got good Italian blood in him. And American Patriotism running through his veins.

Pelosi: Tomorrow we'll go out on the field, root for our team, and use this occasion as one that brings us together https://t.co/K1tS8qqLL7— CNN Politics (@CNNPolitics) June 14, 2017

What a creep. What hypocrisy. Her party has manufactured crisis after crisis for political purposes and now she wants to act holy after being the lead in causing this tragedy.